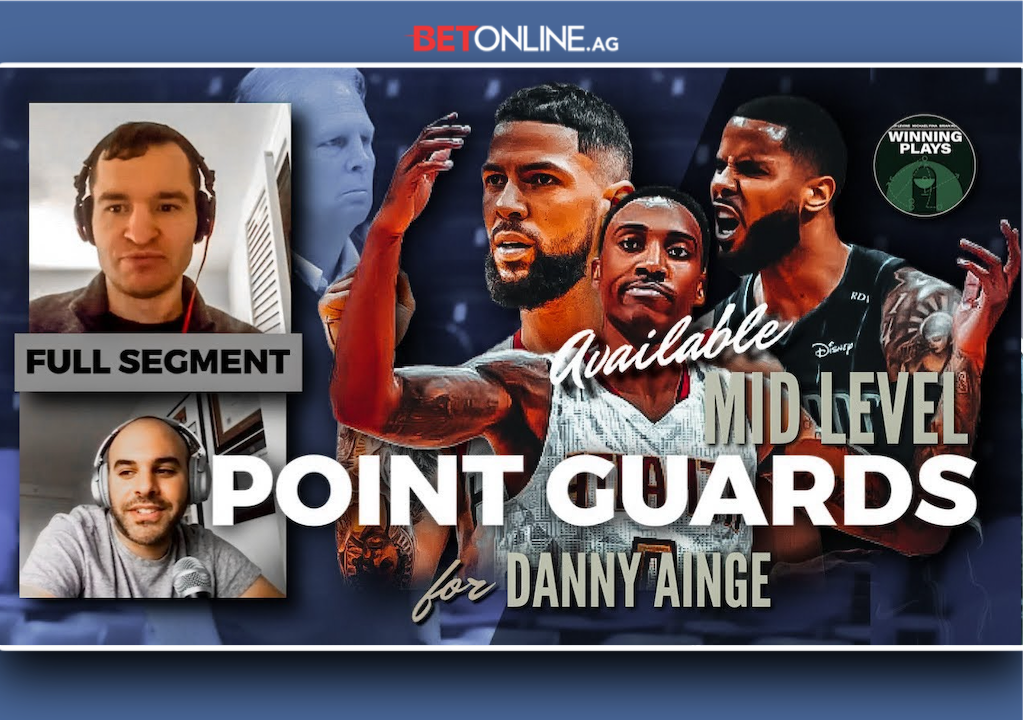 The Winning Plays Podcast featured Brian Robb of Boston Sports Journal and Michael V Pina of GQ this week, honing on the free agent possibilities the Celtics will have when the signing period opens up in roughly two weeks. Boston only has a $5.7 mid level exception and the veteran minimum to offer for one roster spot.

Brad Wanamaker is a free agent, Javonte Green has a non-guaranteed contract and the Celtics currently own three first round picks. Their roster flexibility and spending is limited, but they do have options, including moving around in the draft and cheap free agents like a possible Isaiah Thomas return.

A look at the point guard position involves the Celtics facing injury concerns with Kemba Walker’s knee. Robb mentioned DJ Augustin, another small point guard with the Magic. The NBA Draft also holds some potential at the position, with a bigger, versatile Kira Lewis Jr. of Alabama among the top guards in the draft with shades of Terry Rozier.

“Kemba Walker is someone I doubt will be playing all 72 games,” Pina said. “Given the money he’s owed, what happened with his knee in the bubble and his performance down the stretch in the playoffs. That’s someone that I’d want to manage … I’m not too worried if I was to sign DJ that they’d be replicating each other in terms of size.”

Pina keyed in on the center position including free agent possibilities for an Aron Baynes return from the Suns and Tristan Thompson leaving the Cavaliers for Boston. R.Robb says the biggest deal for the Celtics is addressing the Joel Embiid matchup if Enes Kanter does indeed walk as a free agent. The Celtics used Kanter heavily to beat the 76ers in the first round.

“Baynes and Derrick Favors would be a pretty strong one too there, Tristan Thompson also could be in that mix. Kanter did a respectable job on Embiid, but that was with his entire supporting cast being gone,” Robb said. “If he’s gone, then you’re going to have to look at one of those guys.”

The possible departure of Gordon Hayward leaves an even wider door for point guard options like Jeff Teague and Austin Rivers. Marcus Smart would need to start if Hayward departs the team in any scenario, opening up the need for more secondary playmaking and shooting off the bench.

“I don’t think they need to hit a home run with whoever they sign,” Pina said. “I think whoever they sign needs to just come in and fill a very narrow lane of competence. I think the heaviest lifting will be on Jaylen taking another leap and I think Jayson’s going to take a sizable leap. I don’t need Jeff Teague to come in and take 10 shots per game.”

Support CLNS programming, powered by LinkedIn Jobs. Go to https://LinkedIn.com/good to support the hard working reporters and show hosts at CLNS, and save 50 dollars on your first job listing.