Predicting the Patriots Team Captains for the 2022 Season

New England needs to assign some leaders as they gear up for their 2022 campaign. 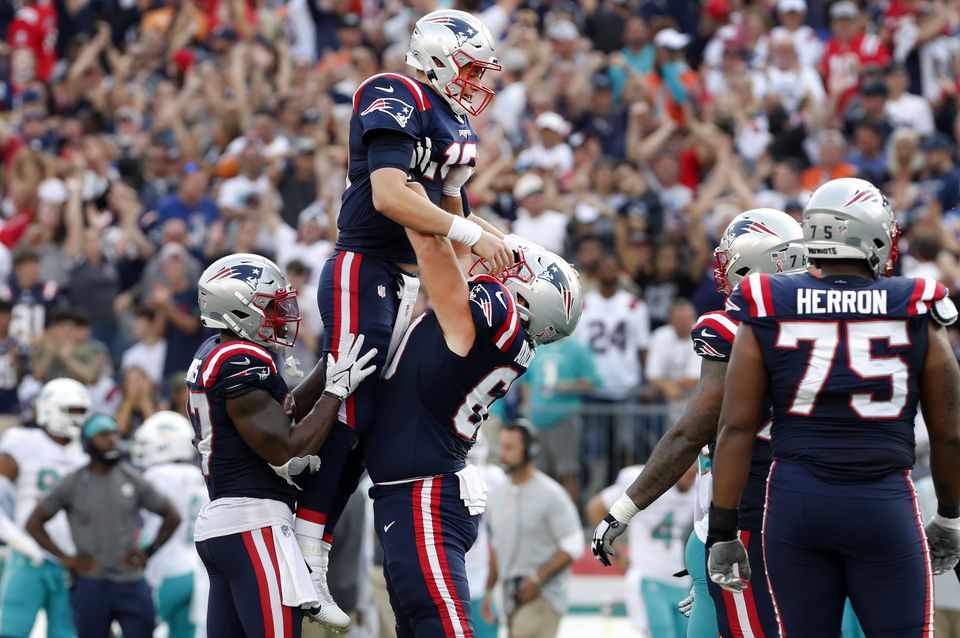 Now that the disaster of a Patriots preseason is over and their 53-man roster is set, New England only has one thing left to do: name team captains for 2022.

The Pats treat their team captains a little differently than most, electing to not put a “C” on their jerseys or trot out the entire caravan for the coin toss before every game.

They do, however, still name captains – and although it’s different than most, should be considered an honor to be appointed as a leader of an NFL football team.

Here’s a look at who I think will be, and should be, the captains of the 2022 New England Patriots:

Mac Jones is the undisputed leader of this team. The 2021 first rounder is what gives this team any glimmer of hope day in and day out. He’s the lynchpin of the franchise, he keeps the offense moving (sort of), and all of his teammates gravitate towards him.

This one is the easiest decision. He’s earned it since beating out Cam Newton a year ago.

Andrews has been a captain for several years now, and has proven his worth to the Patriots ever since.

The center out of Georgia has more than defied the odds. He was undrafted as a rookie in 2015, beat a pulmonary embolism in 2019, and is now considered one of the top-tier centers in the NFL in 2022.

On top of all of this, Andrews could be seen coaching up his own teammates on the sideline this preseason while New England went through their own coaching woes. Yeah – he’s a captain.

The former Baltimore Raven came flying onto the scene in 2021 for the Patriots, and certainly earned his keep here in New England.

Judon was the leader of Patriots defense last season and has amounted into a leader off the field as well. He’s both the life of the party and someone his teammates can look towards to lead by example. I’d be pretty surprised if he wasn’t named a captain this year.

Bentley was a Patriots team captain in 2020, most likely due to Donta Hightower opting out due to COVID, but was not renamed in 2021 upon his return.

With Hightower’s contract expiring and New England not resigning him, they now lack a leader in the middle of their defense. Bentley is sure to fill that role, and fill it well. He’ll be named captain for a second time.

Devin McCourty has been a staple of the New England Patriots ever since they drafted him out of Rutgers in 2010. A converted cornerback, DMac has shown his both versatility and his willingness to do what’s right for the team over the last 10+ years – something his teammates can and should look up to.

Both Matthew Slater and McCourty have been Patriots captains for 10+ years, and I don’t see that changing in 2022. Slater is the leader of New England’s respected special teams unit, and is a vocal leader & advocate for good outside of the locker room.

Though plenty can make fun of Slate’s voice, they can’t make fun of the words that come out of it. He’s been an outstanding face of the franchise for many years now – and he’ll continue to be until the day he retires.