Tracking the latest moves around the NFL prior to Tuesday's 4pm roster deadline. 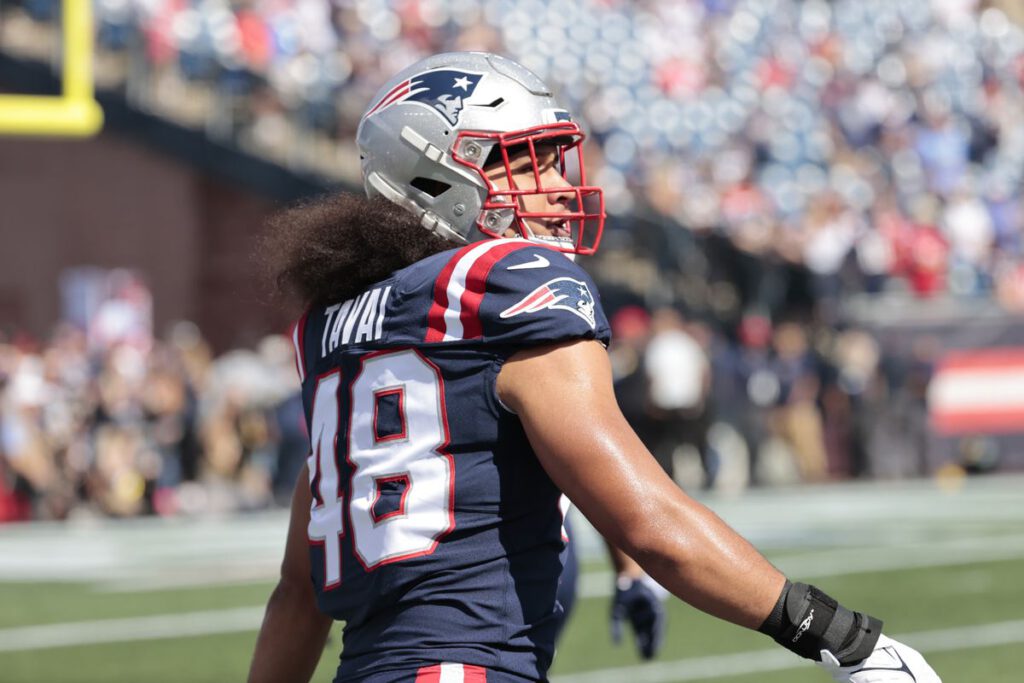 It’s been a long and grueling preseason – but we’ve made it to cutdown day.

An anxiety ridden few days for most and a relief for some, the NFL unfortunately forces teams to get their rosters down to 53 players by 4pm on Tuesday, August 30th.

ESPN’s Adam Schefter noted earlier on Twitter that close to 900 players will be released by tomorrow – and although some will land on a practice squad or catch on with another team, most will see their NFL football journey end in the blink of an eye.

Check out all of my prior Patriots roster projections over the last three weeks HERE:

Patriots Roster Projection 3.0: Ironing Out the Final 53 Prior to Cutdown Day

Though we haven’t seen many surprise moves yet, there surely will be some. Below I’ll keep you updated with all of the Patriots roster moves and and some surprise NFL cuts and transactions during what should be a wild 24 hours.

Tuesday, Aug. 30th – 3:50pm: The biggest surprise to me thus far, The Pats have released WR Lil’Jordan Humphrey. I really though LJ did enough to make the 53. I don’t expect him to get back to NE on waivers – he’s an NFL player.

Tuesday, Aug. 30th – 3:39pm: The Patriots are releasing guard Bill Murray. He had switched over from the d-line to the O-line this offseason in attempt to add some value, but unfortunately doesn’t stick on the 53.

Tuesday, Aug. 30th – 3:11pm: New England is releasing LB Cameron McGrone. McGrone was a fifth-round pick in 2021 after coming off on an ACL tear at Michigan. Couldn’t find a spot in the Pats linebacker room for 2022.

The Bethel news is incredibly surprising to me. Belichick loves his special teamers, and Bethel has been solid in his role for the Patriots.

Though the release of J.J. Taylor is also quite the shock, it should bode well for the health of Ty Montgomery.

Tuesday, Aug. 30th – 1:52pm: The Patriots released OL Arlington Hambright. Hambright played all over the line during the preseason, so he shouldn’t have a hard time finding a new home.

Tuesday, Aug. 30th – 11:40am: New England has made their first move of the day, releasing tight end Devin Asiasi. Looking like the TE room will only be Hunter Henry & Jonnu Smith. This could also bode well for Lil’Jordan Humphrey’s chances of making the team.

Tuesday, Aug. 30th – 2:44pm: The Raiders waived former first-round pick Alex Leatherwood. Leatherwood was a shocking pick by the Mayock-Gruden administration last year ago, and it shows today. He just couldn’t cut it – no pun intended.

Tuesday, Aug. 30th – 12:41pm: Rookie running back Brian Robinson, who was shot on Sunday during a robbery, has made the Washington Commanders 53-man roster. Looks like he will play this season.

Monday Aug. 29th – 12:45pm: After shopping him around for much of the offseason, the 49ers agreed to a restructured contract with quarterback Jimmy Garoppolo. The deal includes a no-trade/no-tag clause and allowed Garoppolo to leave following the season. He is now the highest paid backup QB in the NFL.

Garoppolo’s new deal includes a $6.5 million fully guaranteed base salary with has another $500k in roster bonuses. The contract also has playtime bonuses that could bring him closer to $16 million.

Monday Aug. 29th – 5:02pm: Detroit released linebacker Jarrad Davis. A former first round pick of the Lions under Matt Patricia – could he fit in New England?

Monday Aug. 29th – 12:45pm: The Miami Dolphins signed former Patriots and Lions defensive end Trey Flowers – someone that many thought could wind up back in New England with Belichick and Patricia.