Patriots Roster Projection 3.0: Ironing Out the Final 53 Prior to Cutdown Day

New England has to get their roster to 53 players by Tuesday. Here's how I think they'll do it. 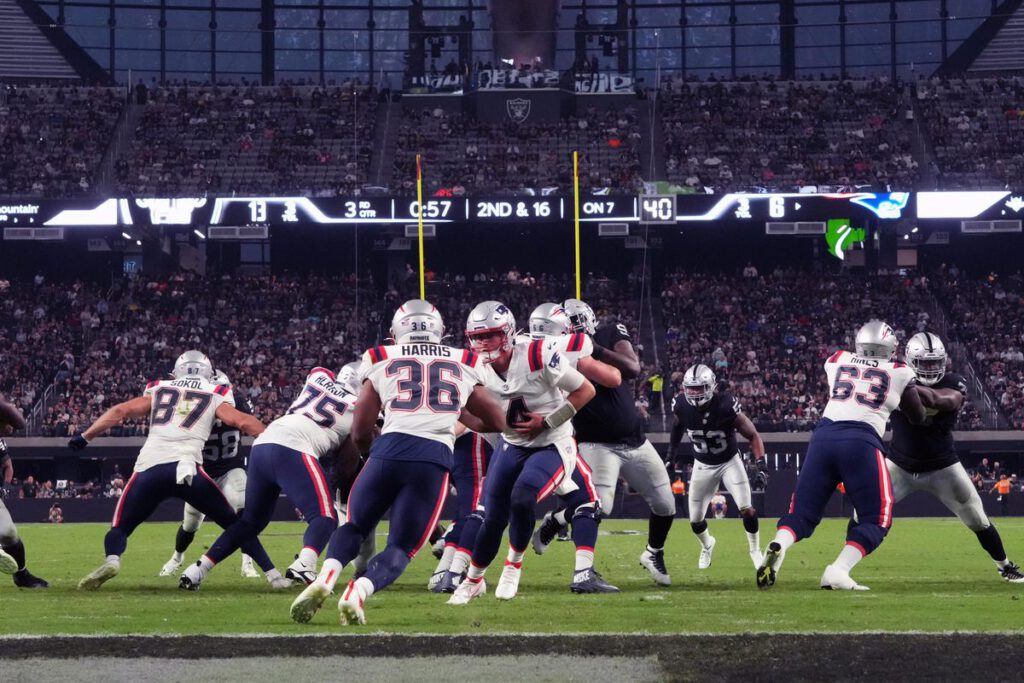 The Patriots wrapped up their preseason on Friday night – an intro to 2022 that was regrettable for many.

The offense they’re trying to put together has been an abject disaster, and the defense – although they’ve shown flashes of brilliance during camp – lacks the star power in the back end to make a serious impact.

New England went 1-2 over the last month and, needless to say, showed that they have a ton of work to do before flying down to Miami to take on the Dolphins for week one.

Now that we’re through training camp and all three preseason games are complete, here’s my final roster projection for the Patriots heading into week one:

I’ve been touting the emergence of Bailey Zappe as a potential way to squeeze Brian Hoyer out of the fold in New England, but he didn’t do enough at all on Friday to justify that.

Zappe threw his third INT in as many games, an ugly attempt to LJ Humphrey over the middle directly in the hands of a Raider. He hasn’t shown he can take quality NFL snaps on a Sunday, so Hoyer remains on the team.

The injury to Ty Montgomery on Friday night really throws a wrench into the Patriots running back plans. They go from having a deep and reliable room to relying on rookies and special teamers to be their third down backs. They’ll keep Montgomery and then short-term IR him.

Rookie Kevin Harris didn’t show enough this preseason to justify keeping him over a special teamer like Schooler or Cody Davis. He lost the ball twice on Friday – something Belichick hates. He could be a practice squad candidate if he clears waivers.

Last week I had Kendrick Bourne out via trade, but the Tyquan Thornton injury completely changes the dynamic for the room. They’ll have to hang onto Thornton through cuts and IR him if they want him to play this season.

Lil’Jordan Humphrey did exactly what he had to do to make this roster, hauling in 13 catches over three games and playing a key role on special teams. They’ll probably add Tre Nixon after cuts if he clears waivers, which I think he will.

I’ve gone back and forth on whether to put Devin Asiasi on this roster, but at the end of the day his value just isn’t there. Hunter Henry played on Friday night and looked healthy. His injury history is a bit of a red flag, but I’m confident that he and Jonnu Smith can hold down the position.

As I said above, LJ Humphrey can mend be used to mend the fence between the WR and TE rooms.

I’m adding a player to the offensive line room in rookie IOL Kody Russey. Russey came on strong over the last few weeks, and with the health and motivation question marks on the outside for the Pats, adding depth here is more important than elsewhere.

Outside of Russey, same old same old here. Wynn, Strange, Andrews, Onwenu, and Brown with Ferentz, Russey, and Cajuste as your plug-and-plays. I also snipped Herron, who could return to the practice squad.

No changes for this room from last week. Henry Anderson has been a ghost in camp and LaBryan Bay has earned his keep.

Sam Roberts made a huge push early on, but panned off at the end and allowed Ray to take the fifth spot. I’m not worried about these five on their front.

Though there was a bit of traction and a potential movement on the inside this week, the linebacker room is one that I kept the same.

Bill Belichick raved about Jahlani Tavai last week, saying that he would be a big part of the Patriots defense. Unfortunately, that’s not going to be the case. Mack Wilson played better on Friday and Tavai had rocks in his shoes again.

The missing piece here from last week is Terrance Mitchell. The journeyman CB made a name for himself over the beginning few weeks of camp, but has been out of the fold quite a bit since they loved Jonathan Jones to the boundary and started using Marcus Jones and Myles Bryant in the slot.

I think they like their young guys in Jones, Jones, and Wade – making Terrance Mitchell the odd man out.

After thinking long and hard about it, I like what Joshuah Bledsoe has shown since coming back from his injury last season, and he has too much potential to be cut.

I almost took Jabrill Peppers off here, but Belichick loves how dynamic his safety room can be. They’re all relatively versatile and can play multiple roles. Each one will find a niché on this defense.

Brenden Schooler makes the 53 and cements himself as a long-time special teamer for the Patriots. A heavy, heavy, special teams roster for me at the end, with Slater, Bethel, Davis, and Schooler making the team outside of the usual Folk, Bailey, Cardona bunch.