The Patriots New Offensive Scheme is the Great Unknown… For Now

New England is making an abundance of changes to their offense heading into 2022. Will they work? 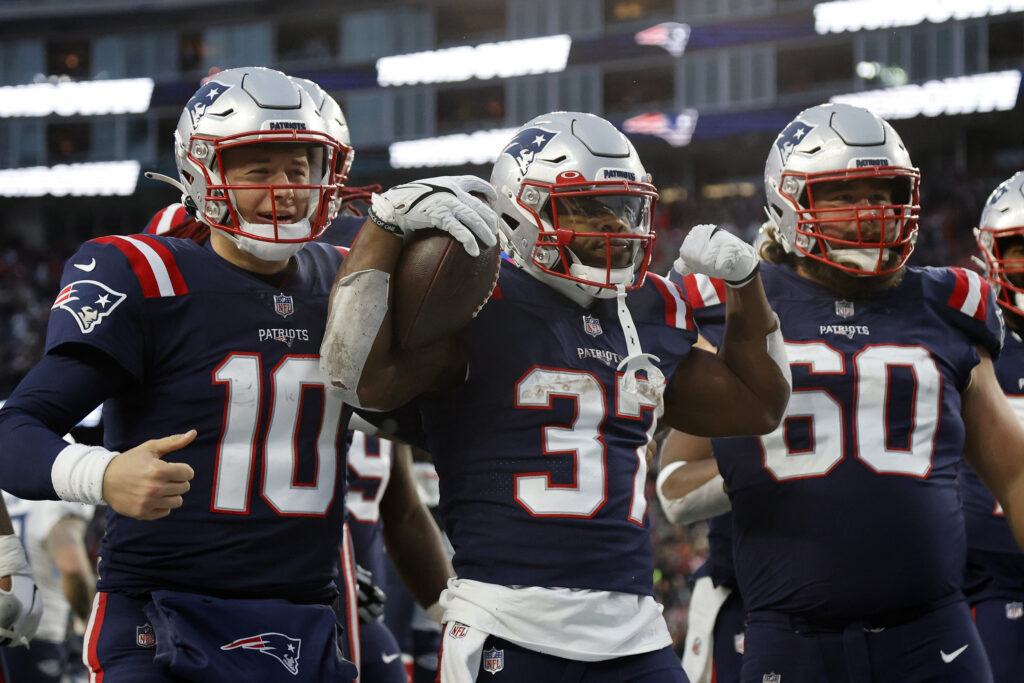 Per just about every single offseason report, the Patriots are set to switch up their offensive scheme heading into 2022. They will opt for a more fast-paced, “Shanahan/McVay” like play-calling system – a structure that has become the modern offense in the NFL over the last several years.

Wide receiver Kendrick Bourne said it best when talking to ESPN’s Mike Reiss about the changes New England is making:

“I think he’s putting us in position to be successful, I’m excited so far,” Bourne said. “I’ve brushed up on a lot doing different things for myself and he’s even using other players and strengths. Hopefully we have a great year and we’ll see how it goes.”

Will this “new system” that Kendrick Bourne speaks of help the Patriots win more games? Score more points? Our partners at BetOnline.ag just recently posted odds for who they think the highest scoring team will be in 2022. Here are their top 5:

The Patriots? Oh – they sit at +5000, just behind the Detroit Lions. Clearly, the oddsmakers don’t think a switch in scheme will do anything to help New England’s cause.

CLNS Media beat reporter Evan Lazar took a look at what the Patriots will do to change their offense – something they haven’t done since they hired Bill Belichick in 2000:

The most important aspect of any offensive shift for the Patriots is catering the scheme to second-year quarterback Mac Jones, whose processing speed and accuracy are strengths.

Jones isn’t known for his mobility, but he looked comfortable throwing from moving pockets on the rare occasions that the Patriots dialed up bootleg or rollout-style plays for their young QB.

The fear here is that the Shanahan tree purposely moved on from pocket-passers Jimmy Garoppolo and Jared Goff in favor of more athletic, bigger-armed quarterbacks.

Los Angeles won the Super Bowl by upgrading from Goff to Matthew Stafford, while San Francisco is attempting to do the same with 2021 first-rounder Trey Lance taking over for Jimmy G.

But on the other hand, Garoppolo and Goff were a few plays away from winning Super Bowls in the Shanahan/McVay systems, so quarterbacks with those skill sets can succeed. There are also chances to feature shotgun spread elements in obvious passing situations where Jones will thrive.

Speaking to reporters during the 2022 NFL Draft, Director of Player Personnel Matt Groh said the onus was now on the coaching staff to give new playmakers Tyquan Thornton and Pierre Strong opportunities to use their home run speed.

Using more Shanahan tree concepts should generate those opportunities for New England’s skill players to play in space more often, which is a good thing for the Patriots’ offense.

Evan noting that both LA and San Fran were just a few plays away from a Super Bowl win with both of these system quarterbacks is far more important to me than the fact that they recently moved off of them.

I think this change in scheme, along with the progress Mac Jones has made since last season, will ultimately set this team up for success. Belichick knows that Jones’ strength is his mind, and he’ll allow him to use it to the best of his ability.

Although it may be a re-tread like Joe Judge or Matt Patricia calling the plays for this offense, I’m ecstatic to see how this all plays out.