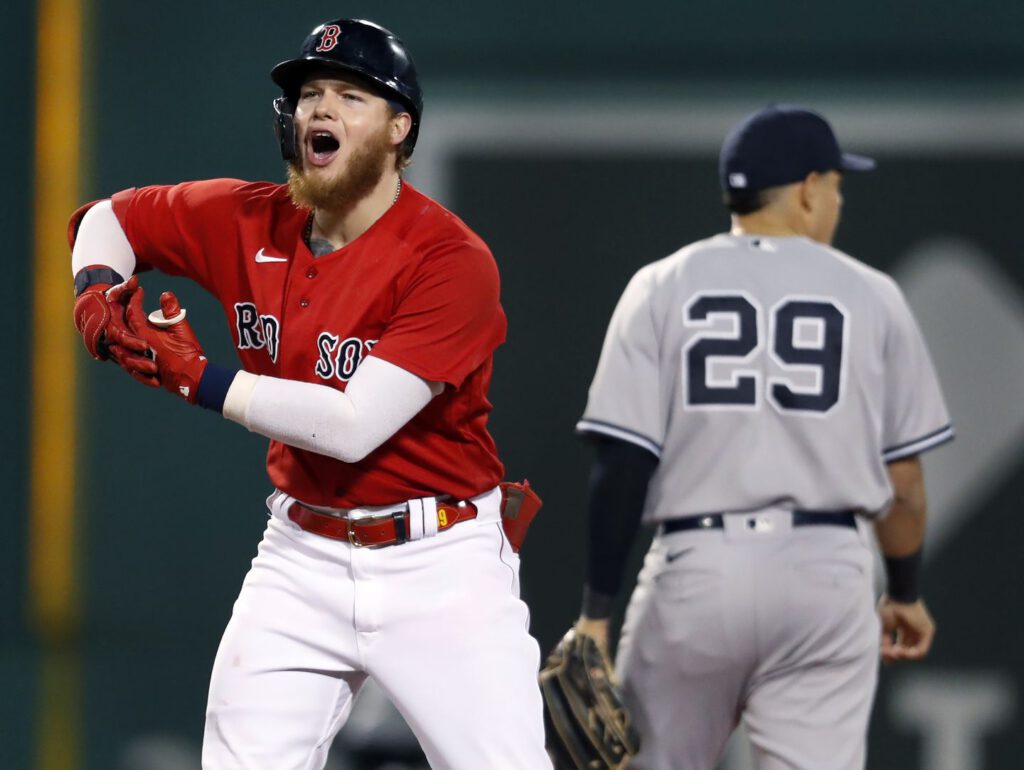 For the first time since 2018 the Red Sox are headed to the ALDS.

The Sox punched their ticket to the Division Series with a 6-2 win over the Yankees in the AL Wild Card.

Xander Bogaerts opened up the scoring with a two run home run of Yankees Starter Gerritt Cole in the first.

Kyle Schwarber took Cole deep to start the 3rd. Cole lasted only 2 plus innings and left with the Yankees trailing 3-0.

Red Sox starter Nathan Eovaldi was lights out. He went 5 and a third allowing only one run while striking out 8.

With the Sox up 4-1 in the 7th, Alex Verdugo provided some insurance knocking in a pair with a bases-loaded single.

The Red Sox bullpen shut down New York from there. Ryan Brasier, Tanner Houck, Hansel Robels and Garrett Whitlock allowed just one more run – a home run by Giancarlo Stanton – on two hits, no walks and three strikeouts across the final 3.2 innings.

Game 1 of the ALDS between the Sox and Rays is Thursday at Tropicana Field.