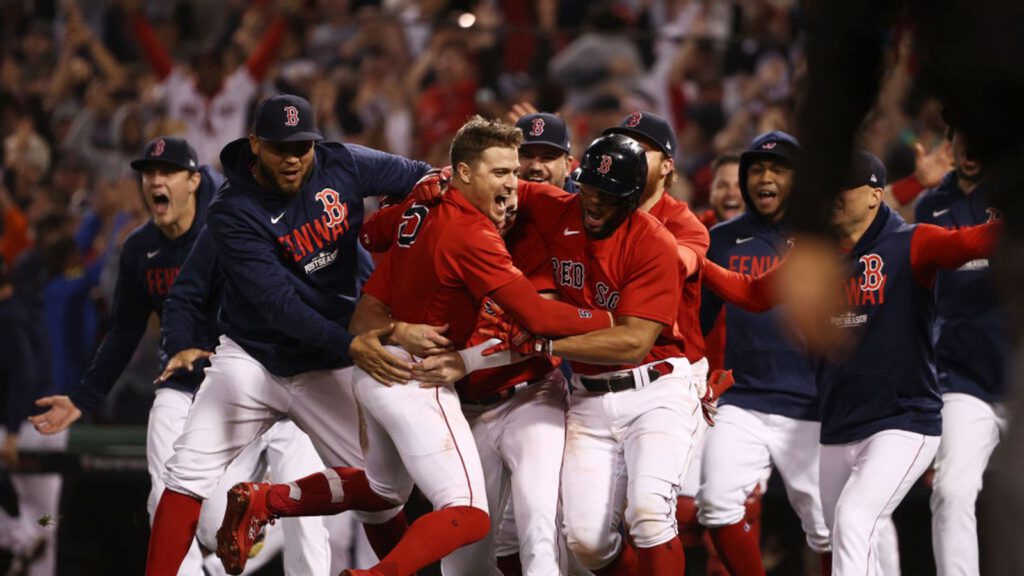 For the second time in two nights the Red Sox bullpen failed to hold a two run lead entering the 8th inning.

And for the second time in two nights it didn’t matter as the Sox rallied for another walk-off win. This one in the 9th on a sacrifice fly by series MVP Kike Hernandez scoring pinch runner Danny Vazquez to give the Red Sox a 6-5 win and a trip to the American League Championship Series.

The Red Sox got out to a 5-0 lead, all 5 runs coming in the third inning off Rays reliever Shane Mclanahan. All five runs came with two outs. The Big blow, a 3-run homer from Rafael Devers.

The Rays slowly chipped away at that lead. Eduardo Rodriguez held Tampa to only one run over the first 5, but the Rays added two runs in the 6th, and two more in the 8th to tie the game.

Tampa actually had the potential go ahead run on second with no outs in the 8th but reliever Garrett Whitlock kept that run from scoring. The righty reliever retired the next three batters he faced. Whitlock also pitched a scoreless 9th setting the stage for Boston’s walk off in the bottom of the inning.

Christian Vazquez led off the 9th with a single, was sacrificed to second and then got to third on an error by Yandy Diaz. The Rays elected to pitch to Hernandez with first base open and he delivered, driving a fly ball deep enough to left to easily score Santana and give the Sox the 6-5 win.

The Red Sox will play the winner of the Astros White Sox series. Houston currently leads that series 2 games to 1.