The Red Sox have lost the last two games at Fenway by a combined score of 18-3. 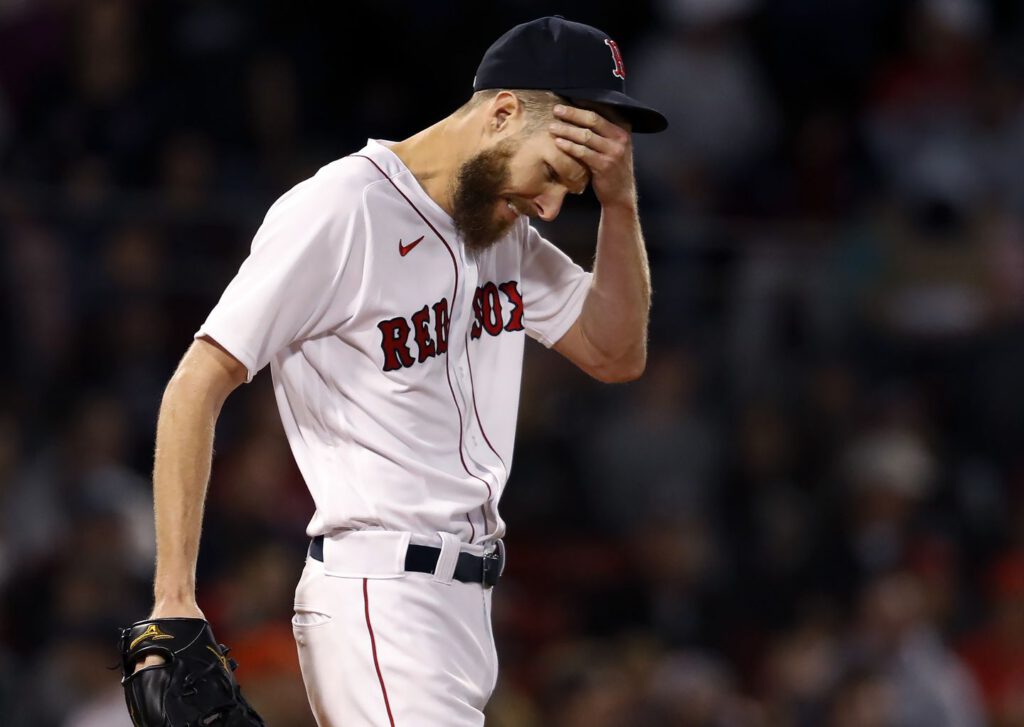 Two days ago following Game 3 of the ALCS the Red Sox, led by their booming bats, seemed inevitable.

For the second night in a row the Red Sox were run out of Fenway Park by the Astros 9-1 the final. And now the Sox, who were 6 outs away from a 3-1 series lead are headed back to Houston down 3 games to 2.

Red Sox starter Chris Sale had his best start of the postseason and did his best to keep the Sox in the game. He allowed only 1 run through his first 5 innings – a solo home run into the monster seats by Yordan Alvarez.

Alvarez got to Sale again in the 6th with his 3rd hit of the night, a double to left, knocked in 2 more runs in the 6th and chased Sale from the game. Sale began the inning with a leadoff walk to Jose Altuve and then Michael Brantley reached on an error by Kyle Schwarber at 1st.

Ryan Brasier came on in relief of Sale with runners at the corners. Yuli Gurriel shot a double to right plating a run making it 4-0. That closed the book on Sale who went 5.1 innings allowing 4 runs on 3 hits striking out 7.

The Red Sox finally got to starter Framber Valdez in the bottom of the 7th when Rafael Devers blasted a solo shot down the line in right. That made it 7-1 Astros. Devers now has 26 postseason RBI, the most by a player before the age of 25.

That was all Valdez and the Astros would give up though. Valdez made it through 8 full allowing only 3 hits, one run while striking out 5. All but one out that wasn’t recorded via the strikeout came on the ground.

Over the last two games the Red Sox offense has scored 3 runs on 8 hits after scoring 21 runs the prior two games.

Sox lose this one 9-1. The series now goes back to Houston for Game 6 on Friday.