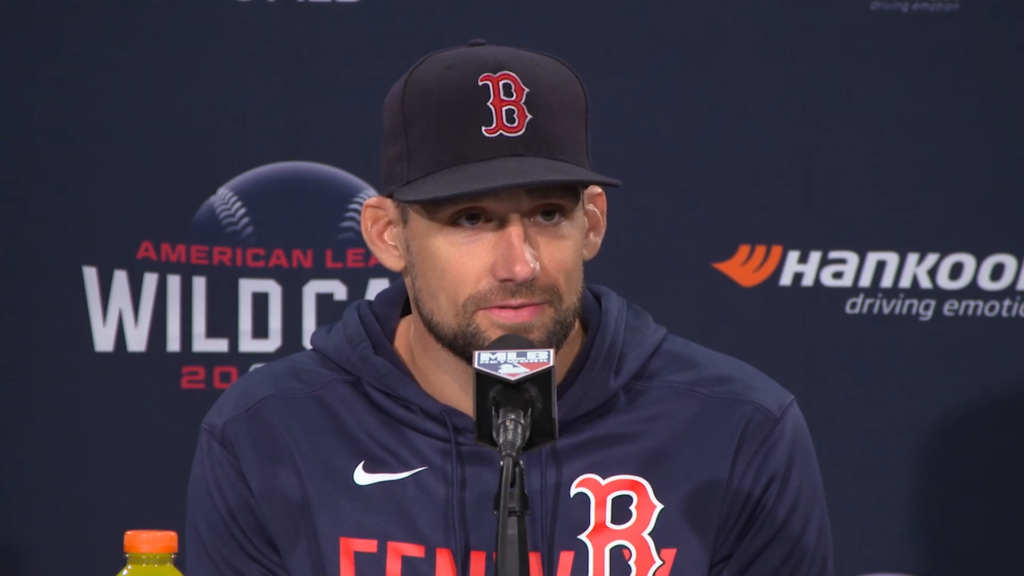 FENWAY PARK — Alex Cora, Xander Bogaerts, Nathan Eovaldi & Kyle Schwarber  spoke to the media after the Boston Red Sox defeated the New York Yankees 6-2 on Tuesday winning the American League Wild Card Game and advancing to the ALDS, where they will play the Tampa Bay Rays.

In 20 games against the Yankees in 2021, the Red Sox were 11-9. Yankees OF Aaron Judge attempted to score in the 6th inning when the Red Sox got him on an 8-6-2 putout (Hernández, Bogaerts, Plawecki). Boston led MLB with 43 outfield assists during the regular season, their most in a season since 1987 (47).

“To be able to play in October, we’re blessed, you know?…We were lucky, and that’s a great group of guys. They’ve been amazing throughout the process. It’s been a rollercoaster.”

Cora was asked about the decision to pull Nathan Eovaldi early:

Xander Bogaerts finished the game 1-for-2, 2 R, HR, 2 RBI, 2 BB and hit a 2-run HR off Gerrit Cole in the 1st inning, giving the Red Sox a 2-0 lead. He also walked in the 6th inning and scored from first base on a double into the right field corner by Alex Verdugo. Bogaerts believes the turning point was when Boston threw out Aaron Judge in the 6th inning: “the game changed right there to be honest with you. If that run scored with a guy on second base that momentum changes right there. Our outfield is one of the best.”

Visit https://www.legends.com today to shop the latest trends in athletic apparel from shorts, tees, hoodies and more, and save 20% when you use our code, SOX20. Offer ends October 10th.