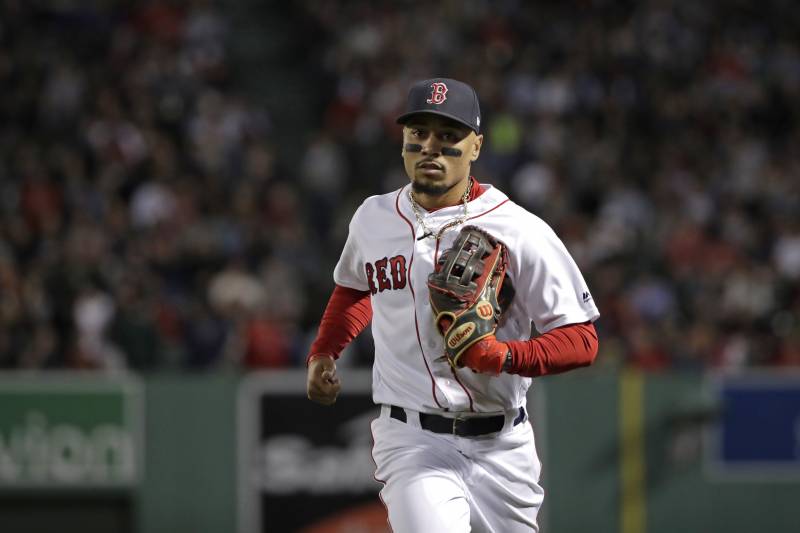 After the original agreement was reported on Tuesday night, things unraveled quickly following the medical reviews. The original deal between the Red Sox, Dodgers and Twins has collapsed but Boston and LA reportedly have come to an agreement on their own. The new trade turns this three-team deal into a two-team deal.

According to ESPN’s Jeff Passan, The Red Sox have agreed to send the Dodgers both Mookie Betts, David Price and $48 million towards Price’s remaining $96 million in exchange for outfielder Alex Verdugo–who was originally involved in the megadeal–shortstop Jeter Downs and catcher Connor Wong.

Catching prospect Connor Wong is headed to the Boston Red Sox alongside outfielder Alex Verdugo and shortstop Jeter Downs in the trade that will send outfielder Mookie Betts, starter David Price and cash to the Los Angeles Dodgers, sources tell ESPN. Players have been notified.

The original trade agreement fell apart once the Red Sox reportedly decided that rather than projecting as a starting pitcher, the right-handed flamethrower of a prospect, Brusdar Graterol, looked to be more of a reliever at the major league level. That caused Boston to go back to the Twins and ask for an additional top-10 prospect, according to Jon Heyman. To that, the Twins told Boston to get lost.

Brusdar Graterol will still be moved. But instead of coming to Boston, he’ll end up with Los Angeles. The Red Sox are now losing out on what could be a very talented pitcher due to this fallout. This according to MLB Network’s Jon Morosi.

Verdugo’s character has come into question over the past week after a past incident involving the physical and sexual assault of a minor was given much more attention on social media. The outfielder is said not to have done either of the two assaults, however, he allegedly was present and possibly could have also taken a video of the physical assault on his phone. You can read the story here and draw your own conclusions.