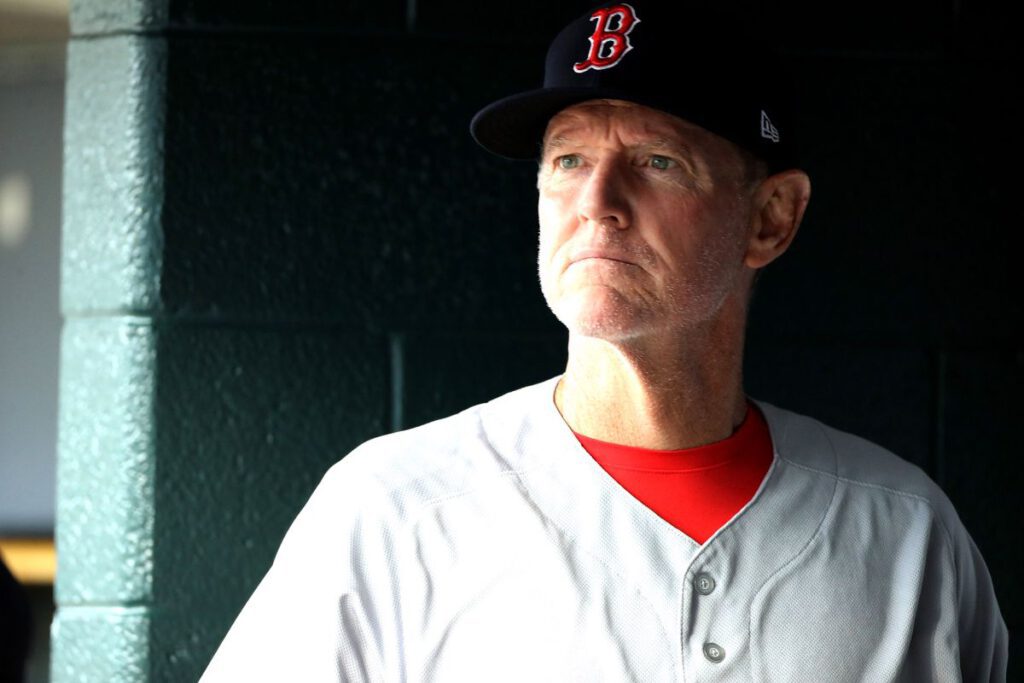 According to The Boston Globe’s Alex Speier, the Red Sox are set to name current bench coach, Ron Roenicke, as their interim manager in the wake of the departure of Alex Cora.

Roenicke has been serving as bench coach under Cora since he took over the manager position ahead of the 2018 season. The 63-year-old has prior managerial experience with the Milwaukee Brewers where he held the position from 2011-2015. He was fired just a few weeks into the 2015 season.

In his first year as manager of the Brewers, he led the team to the NLCS where they fell to the St. Louis Cardinals in six games.

Christopher Smith of MassLive tweeted a quote on Monday from Brandon Workman where the reliever spoke highly of the prospect of Roenicke becoming the next manager of the Boston Red Sox.

Brandon Workman on Ron Roenicke as likely Red Sox manager: “Ron’s greatEverybody loves him. Great baseba. ll guy. My experience mostly has been about the running game as a pitcher. But it will be exciting seeing him take charge.”

During his four-ish season stretch at the helm of the Milwaukee Brewers ballclub, his record finished off at 342-331.

This report potentially signifies good news regarding the MLB’s findings in their investigation into the 2018 Red Sox for their alleged video replay room sign-stealing scheme. With Roenicke being bumped up to his new position, it’s safe to assume that the Red Sox front office believes–or perhaps knows–that Roenicke will be safe from any punishment handed down by the league. Something that his predecessor was unable to avoid after the MLB concluded their investigation into the 2017 Houston Astros.

As reported last week by USA Today’s Bob Nightengale, his sources anticipate that the Red Sox as a whole will get off with a “light” punishment for their 2018 “scandal”.

To name him as the “interim” manager is also something worth noting and paying attention to as the punishments levied against Cora are unveiled. Slapping that title onto Roenicke could indicate that they believe Cora may be getting off with something relatively light that could allow them to potentially bring him back on after the 2020 season.

However, as Speier also notes on Twitter, the “interim” label could be removed once the MLB’s investigation into the Red Sox concludes.

Boston is planning a presser to be held at their Spring Training facility in Fort Myers this afternoon.