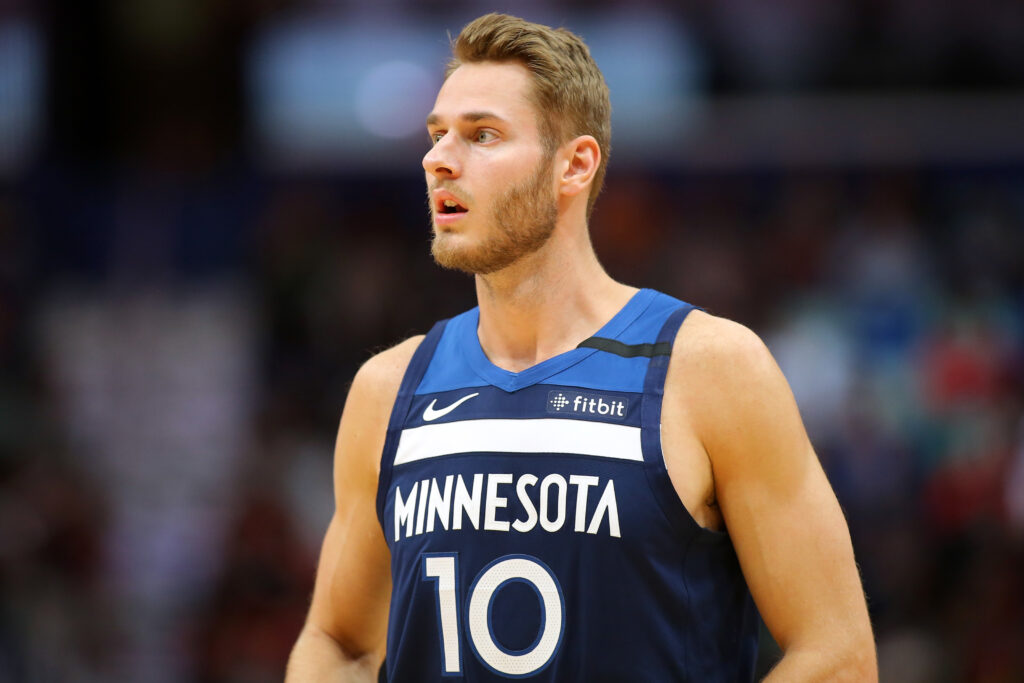 NEW ORLEANS, LOUISIANA - MARCH 03: Jake Layman #10 of the Minnesota Timberwolves reacts against the New Orleans Pelicans during the second half at the Smoothie King Center on March 03, 2020 in New Orleans, Louisiana. NOTE TO USER: User expressly acknowledges and agrees that, by downloading and or using this Photograph, user is consenting to the terms and conditions of the Getty Images License Agreement. (Photo by Jonathan Bachman/Getty Images)
Share
Facebook Twitter Email

The Celtics will sign veteran free agent forward Jake Layman to a training camp deal with a chance to make the team’s roster, a source told CLNS Media.

The signing rounds out a field of tryouts the team plans to hold in training camp, including Bruno Caboclo and Noah Vonleh, who have already been signed. The source also confirmed that Summer League standout Justin Jackson and Maine Celtics guard from this past season Denzel Valentine will join the team this preseason, as had been previously reported.

The trio of signings will bring the team’s offseason roster total to 19, one short of the limit, including 12 players signed to regular season deals, a pair of two-way players in JD Davison and Mfiondu Kabengele, as well as Layman, Caboclo, Vonleh, Valentine and Jackson. The Celtics have assessed the market for possible replacements following Danilo Gallinari’s ACL tear last month, but have remained patient as training camp looms. The team has three open roster spots available to offer internal and free agent options, along with a pair of trade exceptions worth $5.9 million and $6.9 million to absorb contracts in trades.

The Massachusetts native grew up in Norwood and attended King Phillip Regional High School in Wrentham before playing for Maryland from 2012-2016. He was selected No. 47 overall in the 2016 NBA Draft and traded from Orlando to Portland on draft night.