After a 19-3 start, the Bruins are now tied with Colorado as the favorites to hoist Lord Stanley's Cup in June. 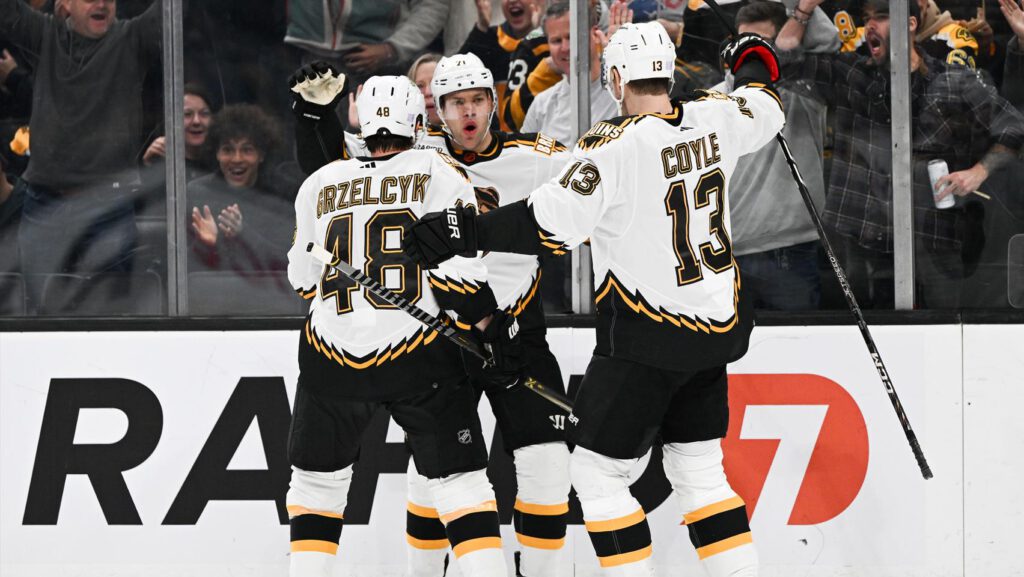 I never thought I’d say this, but the Bruins may finally have the Tampa Bay Lightning’s number.

Boston welcomed Steven Stamkos and co. to the Garden on Tuesday night, beat them for a second time this season by a score of 3-1, and extended their NHL record for consecutive home wins to start a season to 13 straight.

Better yet, they’re now tied with the defending champion Colorado Avalanche as the favorites to win the 2022-2023 Stanley Cup according to BetOnline.ag. Here’s a look at the top five:

Boston is 19-3 so far this season and they’re dominating the competition in front of them. So much so that 0nly 4 of their wins have been by one goal – the other 15 have been by 2 or more.

Forward Taylor Hall has been a huge part of this. He scored twice on Tuesday and been sensational throughout his career in Boston with 38 goals and 90 points in his 119 games with the club (h/t: Ty Anderson, 98.5 The Sports Hub).

The Bruins’ goaltending has also been a major part of their success this season. 24-year-old backup goalie Jeremy Swayman was thought to be the guy between the pipes, and he’s been solid with a 5-2 record in seven starts, but it’s Linus Ullmark who has been the star. Ullmark is a top Vezina Trophy contender according to BetOnline and currently leads the NHL in GAA (2.00), save percentage (.935), and wins (13).

Boston truly feels to be in “Last Dance” mode with Bergeron and Krejci on one-year deals, David Pastrnak yet to sign a long-term contract, and cornerstones like Brad Marchand and Charlie McAvoy coming back from injury earlier than expected to play with these guys.

Before the season started I wrote about their chances to win the Stanley Cup:

This endorsement still holds true. Boston has a solid recipe for success, and will have reinforcements in Brad Marchand and Charlie McAvoy return from injury before seasons end. Though I think they’ll start slow and you’ll be able to find better odds than +2500 after the first month of the season, the Bruins can hit stride at the right time and compete for a Stanley Cup in 2022.

I was dead wrong about the odds shifting, so I hope you hopped on the wagon before this historic start. The Bruins have all of the pieces it takes to win it all, the only thing that stands in their way is themselves.