The Celtics Are One Win Away From the NBA Finals

Boston took care of business on Wednesday night in Miami and are on the brink of a Finals appearance. 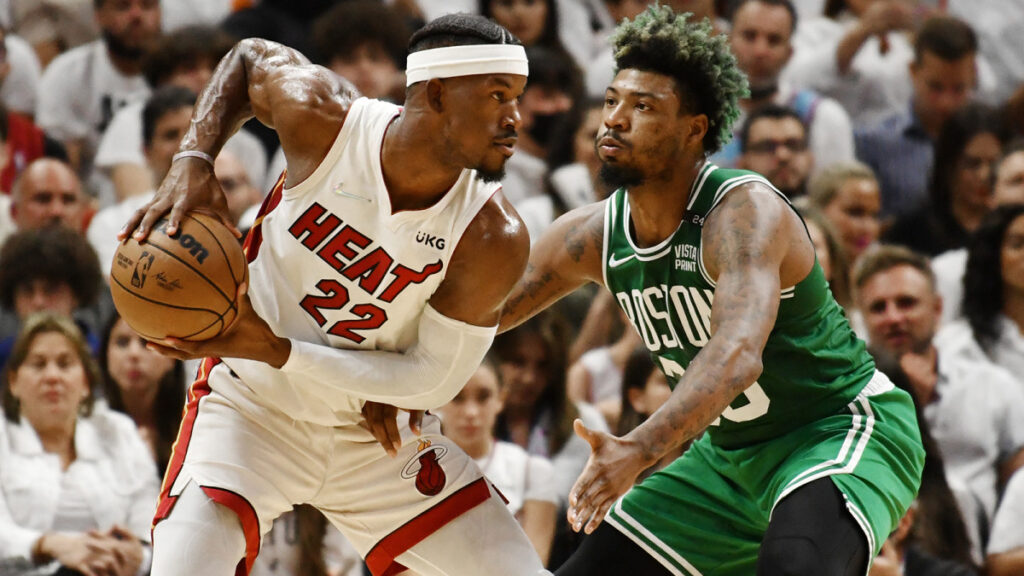 The Celtics beat the Heat 93-80 on Wednesday night and are now one win away from an appearance in the NBA Finals.

Though it was ugly, with both teams shooting under 50% and failing to break 100 points, Boston went on a 21-2 run late in the third quarter and was able to hang on and get the job done.

Jaylen Brown paced the Celtics in scoring – putting up 25 points on 10-19 shooting. Though he also  led the team in plus/minus with a +20, he did also turn the ball over four times and looked very sloppy at times on offense.

Jayson Tatum was one rebound away from a triple-double – putting up 22 points, 12 rebounds, and 9 assists. He looked to be nursing a shoulder injury early on, but powered through and played a team high 44 minutes for Boston.

Bam Adebayo led the Heat with 18 points and grabbed 10 rebounds. Jimmy Butler, who has been Miami’s backbone all postseason long, was held in check by the stifling Celtics defense. He scored just 13 points on 4-18 shooting.

The Celtics are now extremely heavy favorites to win the East. Here are the odds according to BetOnline.ag:

Checkout out the CLNS Media postgame show from Wednesday night’s game HERE on the Garden Report:

Boston is also heavy favorites to win game six. Here are the odds:

Game six will tip off at 8:30pm on Friday night from Boston’s TD Garden.

Prior to the playoff starting, I wrote about my Four Reasons Why Boston Will Win the NBA Finals. They were:

They are now one win away from the Finals, and these characteristics of their team have showed up all postseason long. Their defense is smothering, Grant Williams and Derrick White have come up huge, they’re riding a massive wave of momentum, and Jayson Tatum and Jaylen Brown have continuously stepped up in the clutch.

The Heat are toast. The Celtics will close it out on Friday night and advance to their first NBA Finals since 2010.