Williams, Celtics Smother Heat 102-82 – Back to Being Favorites to Win the East

Boston once again answered the bell and has set themselves up as favorites to win the Eastern Conference Finals. 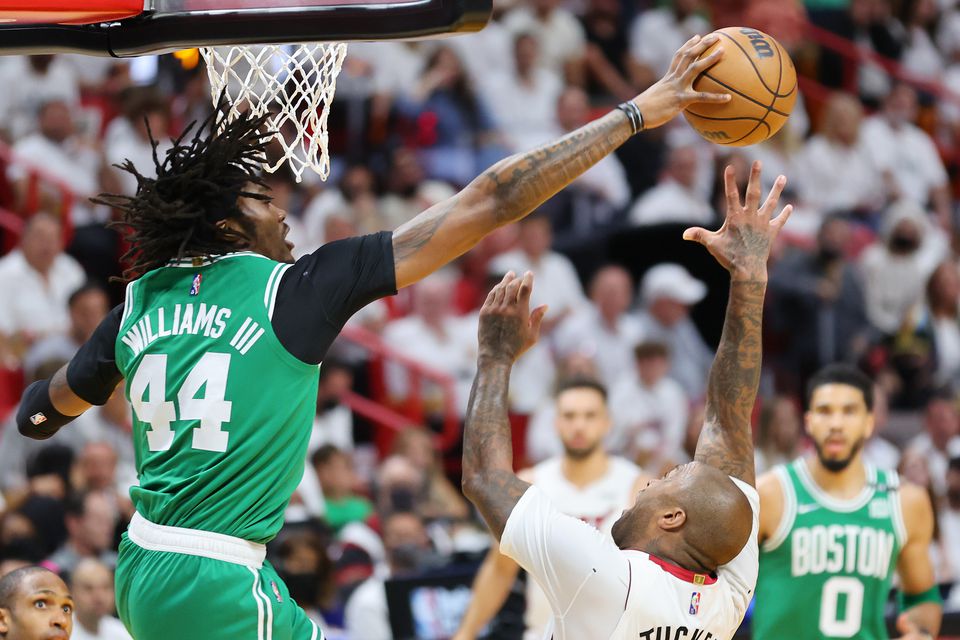 Well that’s one way to answer. After an abysmal performance in game three on Saturday night, the Celtics were able to rally the troops and even the series on Monday night. They smoked the Heat 102-82 and tied there series 2-2.

The return of Rob Williams proved to be the difference maker for the Celtics. The Time Lord had 12 points, 9 rebounds, and 2 blocks – and was able to hold center Bam Adabayo in check. Bam was just 3-5 with 9 points. To put that into perspective, he shot 15-22 with 31 points on Saturday while Williams sat out with a knee injury.

Star forward Jayson Tatum led the Celtics in scoring, putting up 31 points on 8/16 shooting. He got to the foul line 8 times, hitting 14/16 from the stripe.

After Thursday’s win, the Celtics are now back to being the favorites to win the series and advance to the NBA Finals. Here are the odds, according to our partners at BetOnline.ag:

The Celtics are also slight favorites to win game five. Here are the odds:

Game five will tip off at 8:30pm on Wednesday night from Miami’s FTX Arena. We are now looking at a best-of-three series, with two games in Miami.

Boston will likely get Marcus Smart back for game five – and with Rob Williams only playing 19 minutes last night, theres a chance that both All-Defensive players suit up on Wednesday night. I think the Celtics keep it rolling and head back to Boston on Friday up 3-2 in the series.