Can Boston save their season on Thursday night at the TD Garden? 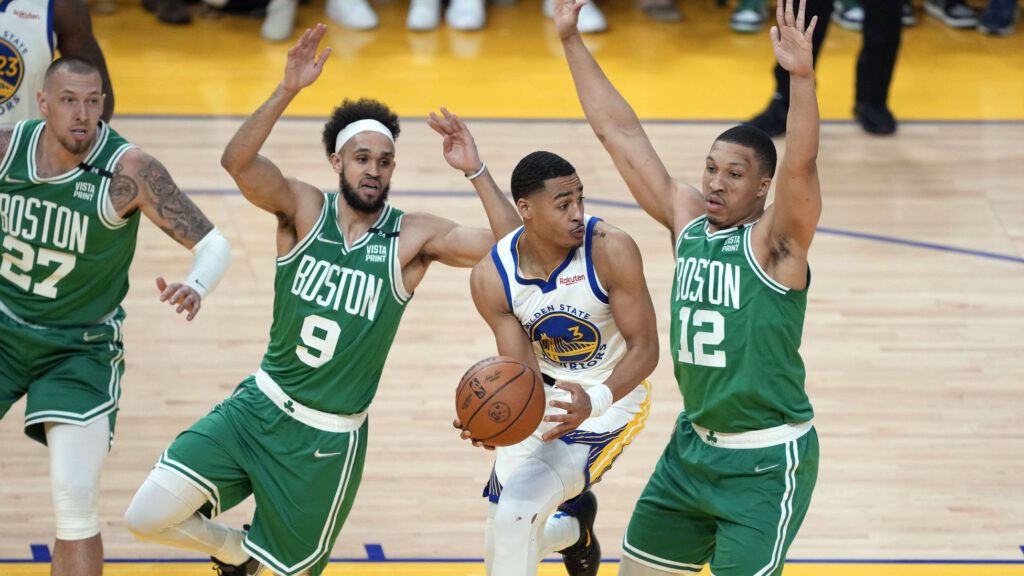 I’m going to open this the same way I opened my last game preview:

This series is going seven games.

The Warriors beat the Celtics in dominant fashion on Monday night 104-94 – taking a commanding 3-2 series lead in the Finals.

After their statement win on Monday, the Warriors remain the favorites to win the title according to BetOnline.ag, and it isn’t particularly close. Here are the odds:

Despite the Warriors being such heavy favorites to win it all, the Celtics are favored to win game six and force a game seven on Sunday night. Here are the odds for Thursday:

It was Jaylen Brown’s turn to completely lay an egg on Monday night. In the loss, the 25-year-old shot just 5-18 and was 0-5 from the three-point line. He only scored 18 points and had an abundance of costly turnovers that stiffled Boston’s chances of winning the game.

Jayson Tatum had his best game of the series, scoring the ball efficiently and making plus-plays that allowed his teammates to score. He too, however, turned the ball over far too many times to justify a win.

Like we’ve constantly said – the name of the game continues to be turnovers. I alluded to this when breaking down game five:

In a game where Steph Curry scores 16 points, Draymond Green fouls out, and the Golden State Warriors shoot 22% from three, you would think you could muster up a victory – no?

Well, the Celtics did everything in their right mind to make sure that didn’t happen. According to Barstool Sports’ Dan Greenberg, Boston allowed 22 points off of turnovers, and missed 10 free throws.

They do this to themselves constantly and it is literally gut-wrenching.

As both a fan and a writer, it really is gut-wrenching. You watch this team go from absolutely dominant to completely incompetent in a matter of minutes. It makes you think what the heck is going on in their heads that makes these crazy swings happen.

Given all of the negativity surrounding the Celtics lately, I think they’ll win on Thursday. They’re at home, the Garden will be rocking, and they know that this is their is their only chance to keep this series alive.

Jayson Tatum channels his inner “Milwaukee Game Six” self and drags Boston to a game seven in San Francisco on Sunday night.