Here are the betting lines for game five with a preview and prediction on how it will play out. 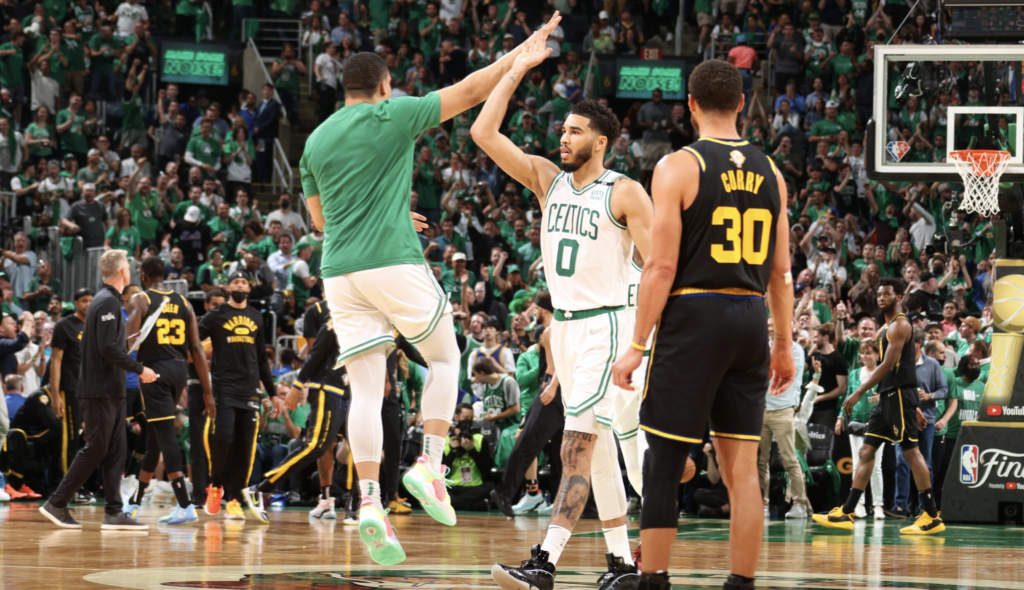 I don’t quite know how yet – but this series is going to go seven games.

After the Warriors beat the Celtics on Friday night, the NBA Finals now sits at a best-of-three – and I don’t see either of these teams bucking down and winning two straight games. It’s going to go the distance.

According to our partners at BetOnline.ag, the Warriors are slight favorites to win the title. Here are the updated odds:

Golden State being slight favorites is only due to the fact that two of the next three games are in the Bay Area. This series has been dead even. Here are the odds for Monday night’s game five:

If Jayson Tatum could be even slightly more efficient shooting the basketball, this series could be wrapping up on Monday night. The Celtics star is shooting just 33% during the Finals, and is averaging four turnovers a game. This guy is supposed to be your leader – and he’s yet to be that thus far.

They had 16 turnovers on Friday.

From a Warriors perspective – this team would be nowhere without Steph Curry. He is by far the best player in this series, and he’s showing that night in and night out. Here’s what I wrote about Curry in my Updated Finals MVP Rankings:

It’s looking more and more like the Golden State Warriors are going to win the NBA title, and it is all because of Steph Curry.

He’s scoring 34 points per game in the Finals, and he’s burying three-pointers like it’s no ones business. Look at this shot from the 2x league MVP on Friday night to tie the game at 73:

A stone cold killer is what he is.

In fact – Curry has been so dominant thus far that I truly feel that he could win the MVP even if the Warriors lose. The last person to do so? Jerry West in 1969. It could be time to change the logo soon…

I thought letting Curry get his and containing everyone else could be a successful recipe for Boston during the Finals – but that doesn’t seem to be the case.

Both the Celtics and Jayson Tatum have been tremendous off of a loss this postseason. They’re 7-0, and he’s scoring 30 points per game. It’s not a good plan to go by, but I trust them to bounce back on Monday night in the Bay.

Boston wins and takes a 3-2 NBA Finals series lead back to the TD Garden.