W2L4: How Bengals Can Bounce Back vs. Depleted Cowboys, All Eyes On Micah Parsons

Bengals can't afford letdown against Cooper Rush-led Cowboys in hopes to even record. 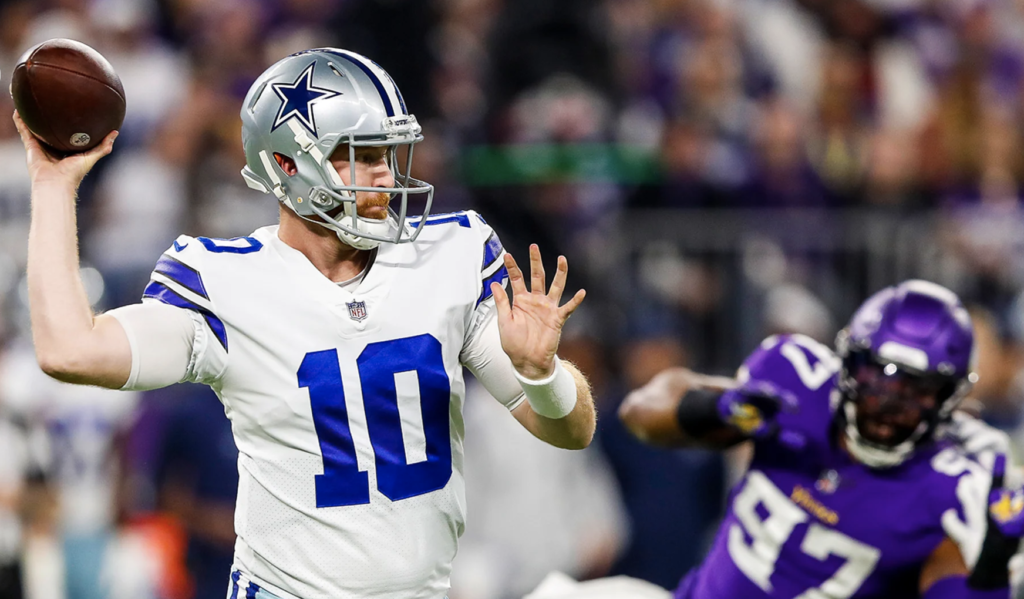 CINCINNATI – If ever there were the need for a bounce back game for the Bengals, this Sunday would be it.

Following a gut-wrenching 23-20 overtime loss to the division rival Steelers, a loss that should’ve been then shouldn’t have been, the Stripes get a chance to kick off a favorable portion of their schedule with a banged up Dallas Cowboys team at AT&T Stadium.

The fact this game is on the turf of the mostly controlled climate within Jerry World shouldn’t overshadow the fact that the Bengals enter this game with a clear and distinct advantage at many key areas.

The Bengals have won just four times in 13 previous meetings overall, and only once in seven tries as the road team. That came in 1988, 38-24, at Texas Stadium in Irving, Texas. The last meeting came in 2020 in the revenge game for Andy Dalton, as the quarterback returned to Cincinnati and beat the Bengals, 30-7.

Tee Higgins, who was placed in concussion protocol in the second quarter Sunday, returned to practice Wednesday and attended his father’s funeral Thursday, and was back at practice on Friday.

Zac Taylor indicated Friday that he’s hopeful Higgins will be available to play.

Higgins had two catches on two targets for 27 yards before he Trey Edmunds, Minkah Fitzpatrick and Devin Bush converged on him, with Edmunds and Fitzpatrick both targeting Higgins’ helmet.

Encouraging news on Bengals injury report. Tee Higgins and Josh Tupou both returned to full participation Friday. Only three are questionable for Sunday in Dallas: Higgins, Asiasi and Tupou. pic.twitter.com/7eqPaQgiel

Here’s what to look for in Game 2:

This, more than any other matchup Sunday, will likely determine how successful the Bengals are in getting their high-powered offense back on track. The Bengals line simply can’t allow Joe Burrow to be disrupted the way he was from the jump in the first quarter against the Steelers. Parsons is going to make plays. He had two sacks on Sunday against Tom Brady. The idea is for him not to wreck the Bengals offense on a consistent basis.

RT IF YOU LOVE MICAH PARSONS

Zac Taylor said the Cowboys will move Parsons around while another big name – middle linebacker Leighton Vander Esch – plays off the ball and anchors the middle of their defense. Anthony Barr, a weak side linebacker, is another name Taylor mentioned as someone the Bengals will have to keep close eyes on.

Lou Anarumo spoke at length Thursday about the fact that he is treating Cooper Rush as a starting quarterback with the entire offensive playbook available to him, just like Dak Prescott. But obviously, Rush is not the athlete Prescott is, a QB that strikes fear into defenses when healthy. Anarumo has no doubt shown film from Rush against the Vikings last year and warned his defense that if given windows, Rush is fully capable of completing passes, as his performance against the Vikings last year in a 20-16 win, indicates.

With all the attention on Thursday on La’el Collins, Awuzie has just as much to prove to Jerry Jones and son Steven that decided to move on following the 2020 season. Awuzie gets his chance against 2020 first rounder CeeDee Lamb, who had just two catches on 11 targets for 29 yards against Tampa Bay. Tight end Dalton Schultz was the leading receiver for the Pokes Sunday, seven catches on nine targets for 62 yards.

The last time these two matched up, Chase wound up with six catches for 140 yards and a touchdown as LSU beat Alabama, 46-41, in Tuscaloosa in 2019. Chase calls 2020 second-round corner a premier defensive back but hints that he likes to gamble. Look for Chase to try out some of his best double moves and break deep. If Burrow can only get cooperation from the offensive line, the Bengals could hit it the jackpot at least a couple of times Sunday. How does Chase respond after playing all 100 snaps last Sunday? I asked him that on Friday and he said, “offseason conditioning was hard” but now is the time it’s paying off. Very few elite players can play at an elite level for an entire game. That’s what Chase demonstrated last Sunday. It’s why he’s such a uniquely gifted receiver.

Joe Burrow doesn’t usually have back-to-back bad games. For instance, last season against the Bears, Burrow. was 19-of-30 for 207 yards, two touchdowns, three interceptions and five sacks. QB rating of 66.2. The next week on the road in Pittsburgh, he was 14-of-18 for 172 yards, three touchdowns, no sacks and one interceptions for a QB rating of 122.9. Last week, four interceptions, two fumbles (one lost) and seven sacks would seem to qualify as a bad game but Zac Taylor insisted Friday that perspective is needed. “There’s no panic (about Joe). You look at each play on its own. We felt good about getting out for the next series, rebounding and still letting Joe go do his thing. There’s no panic. We just want to remain consistent and calm. We had opportunities to win the game, despite all the things that happened.”

Tampa Bay’s Leonard Fournette ran 21 times for 127 yards against the Dallas front Sunday night. Mixon, who had one explosive run of 31 yards, should be able to at least match that if the offensive line comes out firing. How will the Bengals run the ball when they get in the red zone? They weren’t great against the Steelers, including on first-and-goal from six inches out. This is a repeating theme from 2021 that needs to end. Mixon’s production last week was elite. 27 carries, 82 yards, seven catches on nine targets for 63 yards. Those numbers could see a spike this week.

Have the Bengals learned the lesson of Mike White? Lou Anarumo and the Bengals have been reminded all week about what the pride of South Florida and Western Kentucky did to them last Halloween at MetLife Stadium. You remember Mike White, right? He’s the backup Jets quarterback filling in Zach Wilson who completed 37-of-45 passes for 405 yards and three touchdowns in 34-31 Jets comeback win. It’s certainly not likely Cooper Rush repeats that for a number of reasons, not the least of which the Bengals figure to have their antennae up for what a back up can do. Bengals need to score touchdowns in the red zone, something they failed to do on two-of-five trips Sunday, though one was when they settled for a potential game-winning field goal in overtime. They nearly failed again before Ja’Marr Chase ran a perfect dig/out route on the last play of regulation and Burrow made a perfect pass.