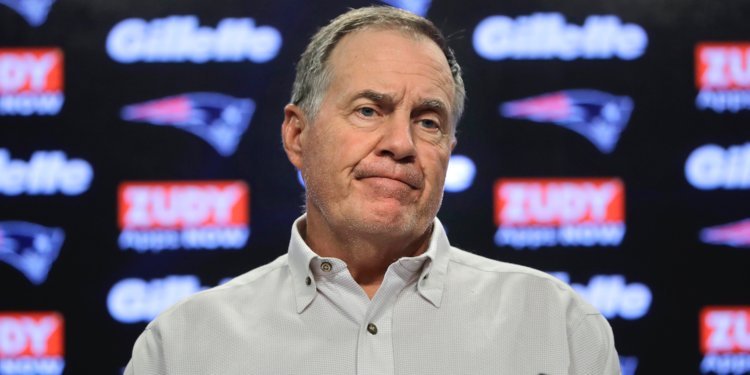 FOXBORO, MA — The New England Patriots newest receiver Antonio Brown practiced for the first time on Wednesday but the focus in Foxboro was instead on the explosive rape and sexual assault charges facing the mercurial wide receiver.

For now the Patriots are sticking by Brown as they, and the league dig deeper into the allegations Brown raped and sexually assaulted his former trainer.

But today more questions than answers. Not only about the what but also the when, as in when exactly did Brown and more importantly the Patriots first learn of the potential charges.

According to a report the Patriots were surprised by the lawsuit filed in federal court charging Brown with rape and sexual assault which surfaced on Tuesday.

My understanding is that neither the league, nor the #Patriots, knew about the potential lawsuit for WR Antonio Brown before he signed in New England. Asked about that today, Bill Belichick said: “I’m not going to be expanding on the statements that have already been given.”

But on Wednesday Brown’s agent Drew Rosenhaus went on ESPN and said that he and his client had seen this coming for some time.

“Antonio and I have been unfortunately anticipating this possibility,” Rosenhaus told ESPN. “What I want to emphasize is that Antonio takes these allegations very seriously. … I wouldn’t be doing this interview if I didn’t believe Antonio. These allegations are false. He denies everyone of them. I’m very confident that his legal team has facts that will prove this.”

Perhaps they will. But if Rosenhaus and Brown saw this coming, how could the Patriots have not?

The Patriots did what they usually do when it comes to stuff they don’t want to discuss publicly. They issued a statement, and per usual Bill Belichick tried to keep referring back to it during Wednesday’s press conference rather than answer questions head on.

“I’m not going to be expanding on the statements that have already been given,” Belichick responded when asked whether he and the Patriots knew about Brown’s allegations before signing him.

That wasn’t enough for the media hordes who gathered Wednesday, and the exchanges started getting testier as reporters demanded answers.

Q: Can you tell us at all what Antonio Brown has said to you?

BB: Yeah, I mean, I’m done with that. OK? Anything else on Miami?

Q: You’re done with it in what way? Can you explain what you mean that you’re done with it? We’re just trying to find out if he’s said anything to you about his position or about the allegations.

BB: Yeah, and I just answered that question.

BB: Actually, I did.

Bill Belichick peppered with questions on Antonio Brown. Says the team expects to have him at practice today #Patriots pic.twitter.com/2xEqCphG1z

Where does this leave us?

Well, either it’s as reported, the Patriots were blindsided by the news because A) Rosenhaus didn’t tell them or B) they didn’t think to ask.

That, or they knew beforehand and they’re not telling.

Maybe, but if Wednesday was any indication, I wouldn’t bet on it.