Why Bruins Must Use Trade Deadline 2020 As A Learning Experience 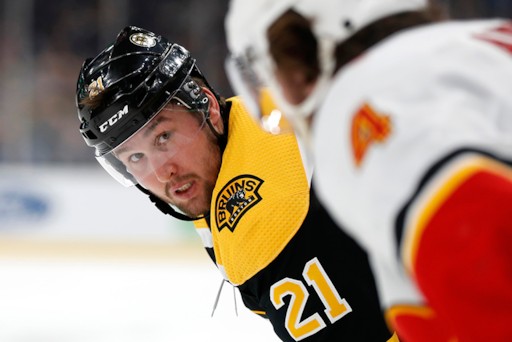 If not this year, then next year.

That was the sentence everyone uttered under their collective breaths after the Bruins lost the Stanley Cup Final in June 2019. With an already aging core of Bruins veterans on the 2018-19 team, that missed chance at the Cup looked to be their last…but there was always 2019-20. It was only just a few months after Game 7 and there weren’t any huge contract shakeups, so it’d be more or less the same team showing up that fall.

And that’s pretty much what happened — the Bruins came back motivated, looked even better and won the Presidents’ Trophy in a corona-shortened regular season.

There was just one caveat: the Bruins had to make the right moves at the trade deadline. More specifically, they needed to get better, or at least close enough on paper, to the Lightning.

They didn’t do that, and you saw the result: Boston fell to Tampa Bay in five games for the second time in three years.

“I feel that we have a good team. Did we play our best? Nope, we did not,” Don Sweeney said of the Bruins performance against the Lightning. “We weren’t at full capacity as well. I think playing against good teams in that situation, you have to be both. You have to be relatively healthy and I think you have to play your best hockey and we didn’t, so that’s on us. I think we’re always looking at our organization and where the transition and where the changes are possible to continue to get better and move forward as well as getting better for the future.”

If you’ve been living under a rock since February (which, to be quite honest, I’m very jealous of you), let’s revisit what both the Bruins and Lightning did at the deadline.

The Lightning’s third line additions of Coleman and Goodrow — both big, physical forwards who can generate scoring chances — worked like a charm with Yanni Gourde. They’ve been a matchup nightmare for opponents, especially the Bruins, easily pinning teams in their own zone for large lengths of times. Through the postseason, the trio has a Corsi For percentage of 63.79 and an Expected Goals For per 60 minutes of 2.16. Bogosian has proven to be a solid depth acquisition on the backend for the Lightning. When Ryan McDonagh was out, Bogosian’s minutes proved to be key.

In Boston’s neck of the woods, Kase turned out to be a solid winger for Krejci. There was just one problem: his inability to finish. He helped facilitate numerous scoring opportunities and he had quite a bunch for himself during the postseason. He just couldn’t score. Against the Hurricanes, the line of Jake DeBrusk, Krejci and Kase was dominant. That was far from the case against the Lightning.

Ritchie was the real bust. At the time, the Ritchie move was a bit of a head-scratcher. The Bruins sent Heinen — a young, skilled winger who appeared to reach his ceiling in Boston — to the Ducks for Ritchie — a big, physical winger who appeared to have reached his ceiling in Anaheim. Trading Heinen was never the issue — it was Ritchie who didn’t seem to be a fit in the Bruins lineup.

And that’s exactly how it went.

Ritchie never stuck in the Bruins lineup throughout the postseason, despite Sweeney and Bruce Cassidy’s desire for him to do so. His shovel-in goal to begin Game 2 against Tampa Bay was his one highlight, but that’s not what he’ll be remembered for. Fast forward to Game 4 when his very late drilling of Yanni Gourde landed him in the box for five minutes. That’s what will stick in our minds the most.

As the Lightning stand a few wins away from earning a spot in the Cup Final, the Bruins are completing exit interviews. That’s in large part due to Boston’s deadline performance.

Sweeney officially completed five full seasons as Bruins GM at the completion of the 2019-20 campaign. Like most GM tenures, it’s had its ups and downs. It’s been far from perfect, and that’s acceptable.

There’s been the high points like the Charlie Coyle trade and the Jaroslav Halak signing. There’s been the low points of the David Backes and Matt Beleskey signings. There was the ultimate faux pas with the 2015 draft.

And then there’s the 2020 trade deadline performance. It’s nowhere near the debacle of the 2015 draft and it’s not as costly as the signings of Beleskey and Backes. It sits somewhere in the middle.

But when you evaluate where this franchise is with limited kicks left at the can, this was supposed to be this group’s last peak value season. They were supposedly “in” on multiple targets — Kyle Palmieri, Chris Kreider, Tyler Toffoli and even Coleman. Taylor Hall also would’ve made sense both in terms of lineup fit and just how much the Bruins should’ve wanted to be going all in.

Instead it was Kase and Ritchie and the Bruins found themselves on the outside looking in come Conference Final time.

It’s certainly an action Sweeney and the Bruins must learn from.