With Kyrie Irving, Al Horford and Jayson Tatum, These Celtics Should Have More Than Enough Clutch Come Playoff Time 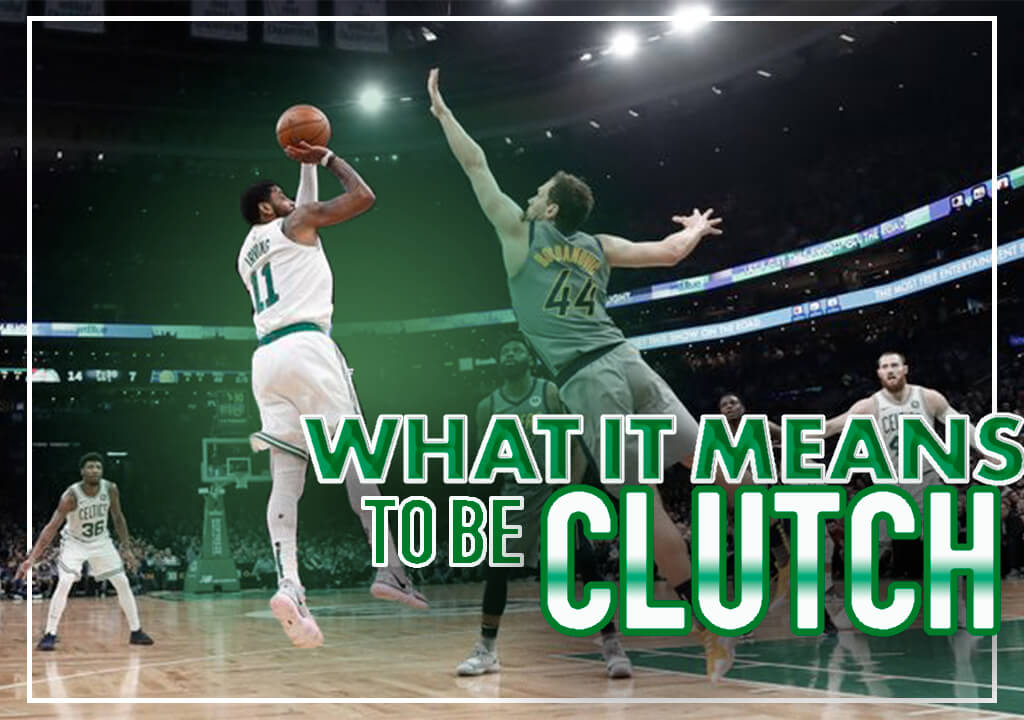 BOSTON — All championship teams in all sports have one common trait come postseason.

They all have players that make big plays in the big moments.

The Celtics have had a history of such players in their previous 17 title runs. Starting with Bill Russell, Sam Jones, Bob Cousy, Tommy Heinsohn and John Havlicek in the 50s and 60s, continuing with Dave Cowens and Jo Jo White in the 70s and of course Larry Bird, Kevin McHale and Robert Parish in the 80s, the Celtics have always had stars who embrace the biggest stage. There of course was Paul Pierce, Ray Allen and Kevin Garnett for Banner 17 and their near miss in 2010.

The question still to be answered with this group is whether they have enough to make another long run through the four rounds of the playoffs and account for a lack of urgency they’ve shown through the 82-game regular season.

Love it or hate it (and many Celtics fans feel the latter this season), that’s really the fascinating aspect of this Celtics group.

Want a reason to feel very optimistic about Boston’s chances of making a run through the likes of the Sixers, Bucks and Raptors and advance to the NBA Finals?

They have not one, not two but three legitimate players who have proven at various stages of their careers to not shrink in the biggest moments.

In Kyrie Irving, Al Horford and Jayson Tatum, the Celtics have the luxury that not many teams in the upcoming tournament outside the Golden State Warriors can boast. They have big-time shot makers and playmakers.

And of those three, it’s Irving who has the most proven pedigree at the NBA level.

Irving’s run in the 2016 playoffs was epic and his performance in Game 7 of the 2016 Finals on the road at Golden State finally gave Cleveland its first championship since 1964. His three-pointer as time was expiring on the shot clock with 53.1 seconds remaining gave the Cavs a 92-89 lead, a lead they would not relinquish.

Horford played a critical role on the last college program (Florida) to repeat as NCAA champions. He is also the most valuable player on this Celtics team if you buy into the plus/minus analytics that rate how a team performs when a certain player is on the court. And it’s not close.

It’s no accident that Horford and Irving were the two key players in the play Brad Stevens drew up at the end of the Pacers game when the contest was tied, 112-112. Horford dribbled up the court and then handed off to Irving, who drove to the basket for the game-winning layup with 0.5 seconds remaining in a heart-pounding 114-112 win that could play an integral factor in whether the Celtics gain the fourth and final home-court spot in the Eastern Conference playoffs.

On Monday night, Irving hit his first five 3-point shots on his way to a 26-point night while Horford had his first triple-double in a Celtics uniform as the Celtics made clutch shot after clutch shot on their way to beating Dwyane Wade and the Heat, 110-105. The game featured two of the sport’s best clutch players over the last decade.

“People always say, there’s something about that,” Stevens told me. “You have that thing about you. No moment is too big. They prepare to be in that spot. The Heat, when I’m watching the Heat, they’ll go to a lot of different guys. But they do go to Wade a lot. Dwyane keeps you on your heels because he shot-fakes and gets to the foul line, and has his whole career. How many people still jump at that long shot-fake? So, a lot of times you’re late to jump and contest, which means he’s going to get a look, which is not good either.

“In Kyrie’s case, he’s a special scorer. That’s what he does. He’s got a unique way about him. He can score in a variety of ways. He can cut. He can come down the court with the ball, like he did (against Indiana). He’s just a guy with a knack of putting that ball in the basket.”

In Monday’s game, it was also not insignificant that Tatum, who has had long empty stretches of games throughout his second NBA season, produced when the Celtics needed it. Boston had just squandered 19 points of their one-time 22-point lead over the Heat, which were within 95-92 after three Kelly Olynyk free throws. With the shot clock at two, Tatum hit a pull-up three that began a 6-0 run and pushed the lead back to eight, 101-92.

The Celtics hit clutch shot after clutch shot down the stretch and managed to hold onto a game they had no business giving up to Miami.

That’s the rub about this Celtics team. You get furious at the way they squander their leads, especially at home against the Lakers and Clippers. But you marvel at the way they more often than not find a way to hit huge shots in the end. The latter is all about having the players who will step up and not shrink in big moments and the NBA playoffs are full of them.

The pedigree of the Celtics’ trio is unquestioned. Irving and Tatum are products of Duke while Horford has his two NCAA title rings from Florida.

Oh by the way, we’re leaving out Gordon Hayward, but maybe we shouldn’t. Remember Hayward was a half-inch from hitting the most memorable shot in NCAA history in the 2010 championship game against Duke, as Brad Stevens’ Butler Bulldogs fell in a 61-59 heartbreaker in Indianapolis.

Last season, the Cavaliers had just enough from LeBron James in the fourth quarter to pull out a Game 7 on the road in the Eastern Finals. The Celtics, without Irving and Hayward, had Tatum and Horford but Jaylen Brown and Terry Rozier couldn’t produce the magic.

This year, barring injuries, there should be no excuses. This Celtics team should have enough clutch in the engine to make a run deep into the spring.