Red Sox pitcher Chris Sale thinks the Red Sox would be making a huge mistake letting their All-star shortstop walk after the season. 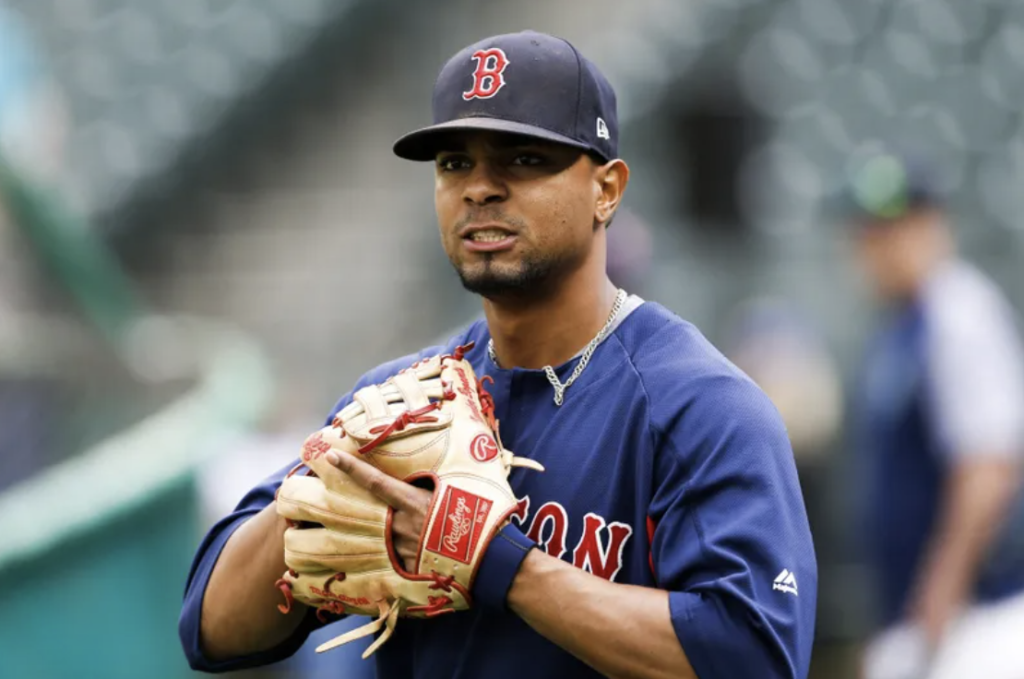 With Opening day fast approaching the likelihood that Xander Bogaerts is about to begin his final season in a Red Sox uniform because more and more real.

Bogaerts – who signed a six-year, $120-million deal prior to the 2019 season – can opt out of his current deal following this season. The 29 year old All-star shortstop would like to remain with organization that drafted him in 2009 when he was only 16 years old but so far extension talks have gone nowhere. Red Sox pitcher Chris Sale thinks letting Bogaerts go would be a huge mistake.

“I’m just gonna say it: We’ve gotta keep Bogey,” Sale said Monday on “The Greg Hill Show.” We’ve got to, and I truly believe the Red Sox will find a way.”

Should Bogaerts leave the Red Sox have built in insurance. This offseason Boston signed shortstop Trevor Story to a six-year contract. Story will play second base this season but some view him as Bogaerts eventual replacement. Sale says, why not keep both?

“I think we have enough guys around here who know what these guys mean to the organization and what they mean to the success moving forward,” Sale said. “Maybe I’m wishful thinking. I obviously have a biased opinion. I’ve played with these guys, they’re friends of mine, they’re brothers of mine. I’d love to see them all stay, so I’m just gonna go ahead and say we’re going to keep them all.”

Bogaerts and the Red Sox have had talked this offseason but the two sides are not close to an agreement. No deal prior to opening day and Bogaerts probably walks after the season.

“Is there any chance? I don’t really think so,” Bogaerts said earlier this week on the Rob Bradford podcast. “You never know. There can always be surprises.”

Hall of Famer @pgammo caught up with @RedSox shortstop Xander Bogaerts to look ahead to the 2022 season. pic.twitter.com/qwXJxca0sI

The Red Sox open their regular season on Thursday at 1:05 p.m. on the road against the New York Yankees. Once the season begins Bogaerts has been very clear that he does not want contract negotiations looming over his head and being a distraction for him and his teammates.

“It’s not even fair for the guys in the clubhouse because it’s a lot of distractions and have your teammates thinking about that. You’re thinking about yourself too much,” Bogaerts said.

“I wouldn’t believe it’s fun to have this offer during the season and you have to play the next day and it starts going around in the media. You don’t want it to drag on and giving them the option of, ‘Oh yeah, we can come back during the season, maybe two months before the season ends come back.’ Nah. You come now or you don’t.”

Last season, the All-Star shortstop posted a .295 batting average to go with 23 home runs and 79 RBI. Bogaerts won the AL Silver Slugger Award, the fourth of his career. He has been part of two World Series championship teams in 2013 and 2018.