Where will the top prospects land at Thursday's NBA Draft from the Barclays Center? 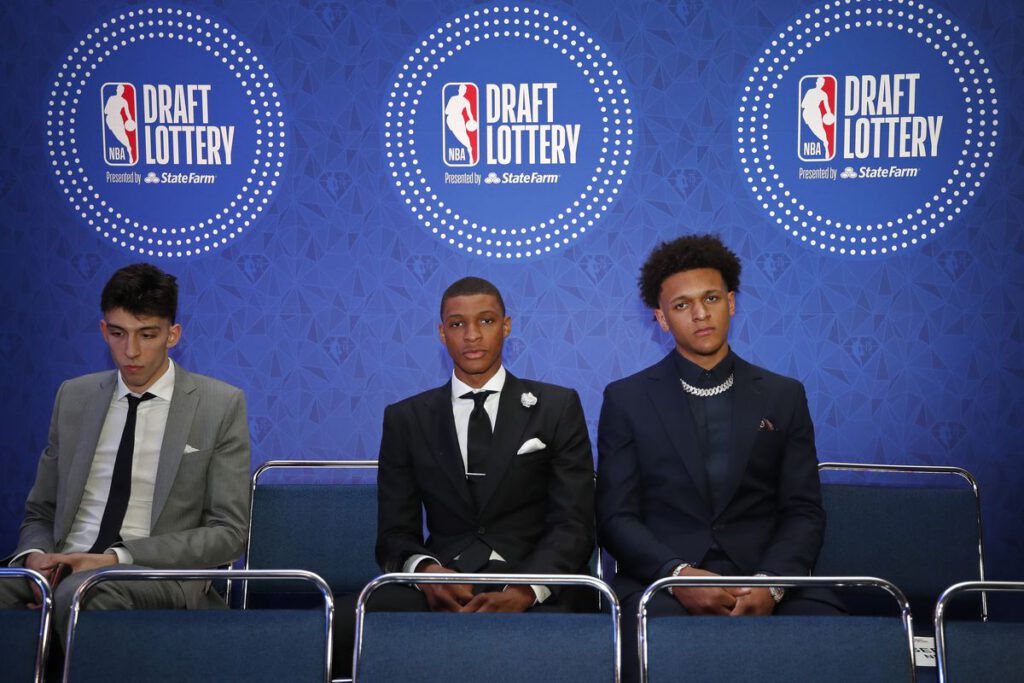 When I tried to tie a bow on the NBA season last week, our partners at BetOnline.ag instantly put out odds on where Bradley Beal would end up if he left Washington.

The Boston Celtics were, of course, the favorite at +300 – and the rumors are already flying. I wrote about this yesterday:

I’m having a hard time figuring out exactly what I want Boston to do. On one hand, they have a superstar budding in Jayson Tatum, a glorified star in Jaylen Brown, and the Defensive Player of the Year in Marcus Smart.

On the other hand, they threw up a complete dud in the NBA Finals, were clearly not ready for the series, and the path isn’t going to get any easier.

During his press conference this morning, Brad Stevens said that “You’ve got to be able to score in movement. I think (Ime and I) would prefer to play with a little more movement. Those are conversations we’ll have down the road. Ime did a really good job of fitting the pieces together and creating and identity.”

Beal will certainly help you to score, and score in movement. We’ll see if Boston tries to bring him in.

Now – the NBA Draft is set to take place on Thursday from the Barclays Center in Brooklyn, so we’re back to writing about basketball again. Check out BetOnline’s odds for who the top five picks will be:

Though the sharp money has came in on Paulo Banchero over the past few days, it seems like it’s too late for the former Duke star to make the leap to number one overall.

Jabari Smith (-800) from Auburn has this one on lock. The Orlando Magic bring in an uber-talented front court presence to try and mimic what Dwight Howard gave them for so many years.

This is where the draft gets interesting. With rumors of Banchero potentially being taken number one – shouldn’t he naturally fall to number 2? Not necessarily.

Chet Holmgren (-1000) becomes the first true center to be drafted out of Gonzaga since Kelly Olynyk in 2013 –  and makes the Oklahoma City Thunder a very happy franchise.

Taking away Holmgren and Smith here – Paulo Banchero (-1200) is the only pick that makes sense. He’s arguably the best player in the class.

The former Blue Devil joins Jalen Green in Houston to try and turn around the horrendous Rockets.

In what is being called a three-player draft, Purdue’s Jaden Ivey (-225) falls right into Sacremento’s lap. The Kings are bound to get offers from other teams to move up, but I think they should stick and pick.

Mike Brown gets to build his new team around the former Boilermaker – hopefully this is the year they actually improve.

The first four picks seem to pretty much be locks, but pick five is where we go away from the chalk.

Iowa’s Keegan Murray is the favorite to be the fifth overall pick at +140 – but I see the Pistons going in a different direction here.

Arizona’s Benedict Mathurin (+190) goes to Detroit to team up with Cade Cunningham and hopefully put the Pistons on a better track for the future.