Will Boston bring in a third star player for another shot at the NBA Finals? 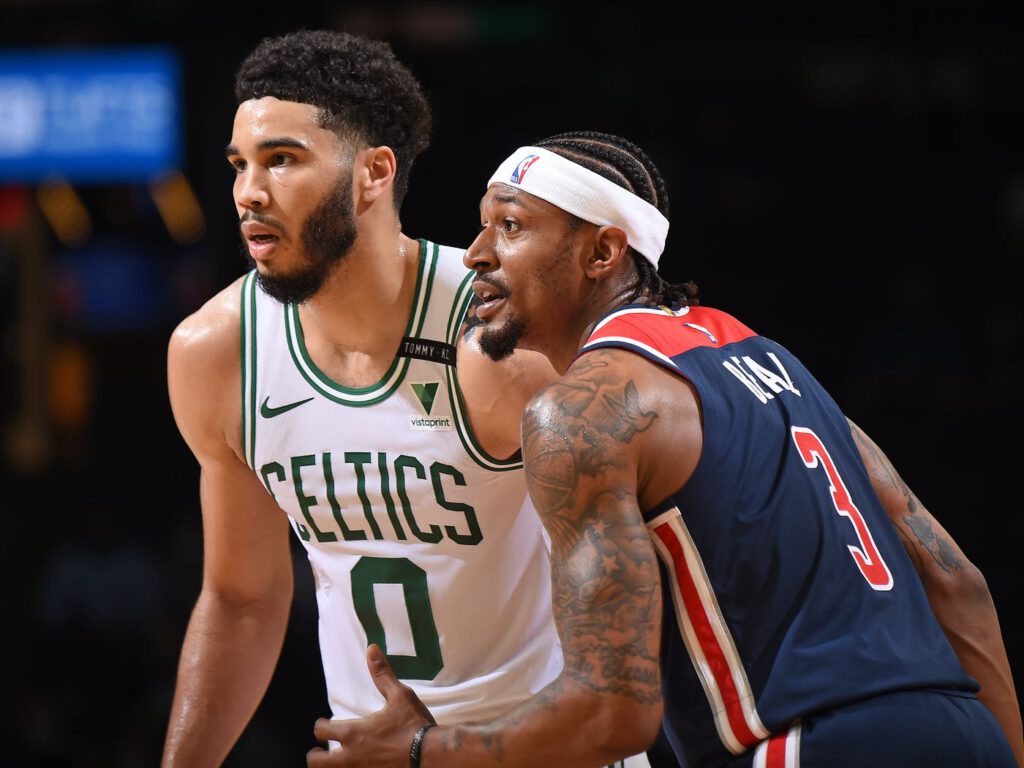 The Summer of 2022 is finally here folks, and it’s time for the Celtics to get better.

Despite making it to the NBA Finals this past season, Boston still has plenty of room to improve – and now’s the time to do it.

I stressed this in my Celtics Season Wrap-Up earlier in the week: this team is not too young. The time is now for them to make a serious run at a championship.

Now that the dust has settled on the #Celtics playoff run, it’s time to look toward 2023.

They have +650 odds to win the title next year according to @betonline_ag. Do they have what it takes? @mikekadlick takes a look HERE ⬇️@CLNSMedia @CLNSBettinghttps://t.co/2CKhlSamYT

Washington Wizards guard Bradley Beal is someone who has constantly been linked to the Celtics. He and Jayson Tatum both grew up in the St. Louis area and have remained close over the years.

According to our exclusive gambling partners at BetOnline.ag, Boston is the most likely destination for Beal if he were to depart the nation’s capital. Here are his top ten landing spots:

Beal’s Next Team (If Not Washington)

Nearly a year ago, during the NBA Summer League, I alluded to the the Celtics taking a chance on Beal for the 2022-2023 season:

It seems like Boston’s plan is to set themselves up for a chance to land a max player (cough, cough, Bradley Beal) in Summer 2022. However from the looks of it, Washington is doing all that they can to keep Beal in D.C. On Wednesday they traded for former Net’s point guard Spencer Dinwiddie and signed him to a 3-year $62 million contract.

If the Celtics wait it out until 2022 and then don’t land a big-time player, I have a tough time seeing Brown and Tatum wanting to continue playing here. These guys are ready to win now, but will need more around them to do so.

Dinwiddie has since been traded to Dallas – and the Celtics were this close to an NBA Championship.

I’m having a hard time figuring out exactly what I want Boston to do. On one hand, they have a superstar budding in Jayson Tatum, a glorified star in Jaylen Brown, and the Defensive Player of the Year in Marcus Smart.

On the other hand, they threw up a complete dud in the NBA Finals, were clearly not ready for the series, and the path isn’t going to get any easier.

During his press conference this morning, Brad Stevens said that “You’ve got to be able to score in movement. I think (Ime and I) would prefer to play with a little more movement. Those are conversations we’ll have down the road. Ime did a really good job of fitting the pieces together and creating and identity.”

Beal will certainly help you to score, and score in movement. We’ll see if Boston tries to bring him in.

Stay tuned all offseason here on CLNSMedia.com for the latest on what the Celtics will do to improve this offseason.