Basketball is Back in Boston! Celtics vs. 76ers Season Opener – Betting Odds, Preview, and Prediction

Taking a look at the betting lines for the Celtics season opener on Tuesday. 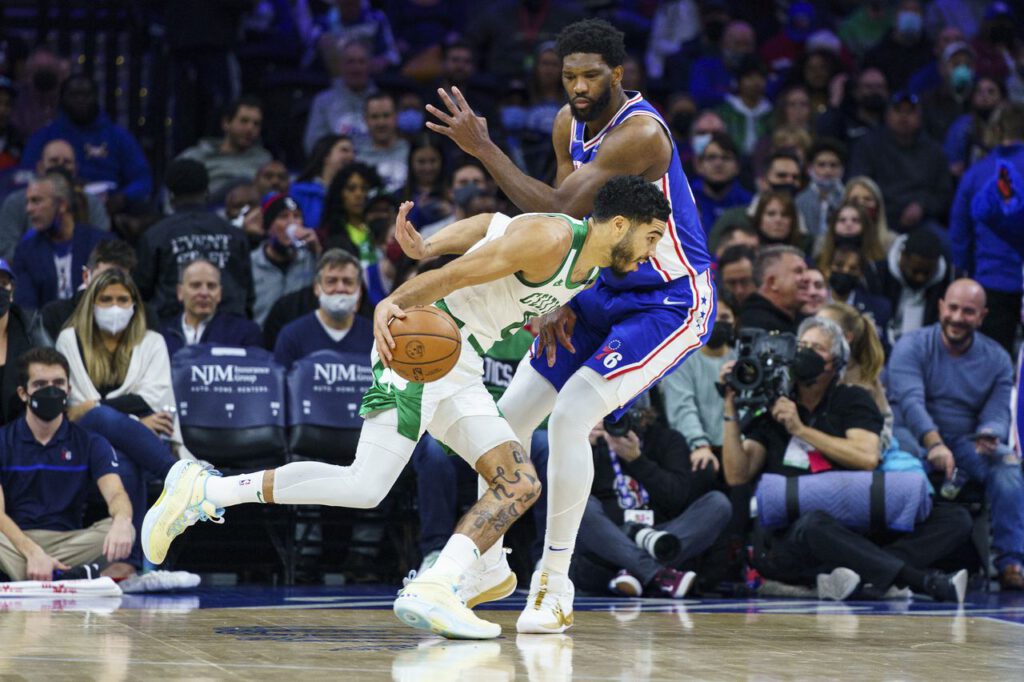 Celtics basketball is finally back. After a devastating loss in the NBA Finals, and an offseason to remember (that quickly became one to forget), Boston returns to the parquet on Tuesday night for their 2022-2023 home opener.

They’ll take on the Philadelphia 76ers from the TD Garden at 8:00pm, broadcasted on TNT. Here are the odds for the game, courtesy of BetOnline.ag:

Boston originally opened as five point favorites when the matchup was announced in August, but the line has since dropped to -2 amid Ime Udoka’s suspension and the promotion of Joe Mazzulla to head coach among other factors.

I wrote about this yesterday, but I think Celtics star Jayson Tatum has a real shot to win the MVP this season. His age (24) lines up with the latest players to win the award, his rebounding, passing, and defense have improved year over year, this is his best supporting cast yet, and he’s the undisputed best player on a top three NBA team. He’s +1400 to win the award – and it feels like great value.

Boston has been front and center of the NBA world ever since their Finals loss, and they’ll certainly feel the eyeballs this year. From my original game one prediction:

This Celtics team has been the center of attention ever since they lost game six of the NBA Finals to the Warriors back in June. Almost instantly, the story went from “team on the rise” to “can they ever get over the hump?”

I do think they can get over the hump, but there are a handful of teams that can get in their way. The 76ers are one of them. Philly has been a relative no-show over the last five year despite having the aspects of a quality team. I think a full offseason without Ben Simmons hanging over their head will be incredibly beneficial for this 76ers team.

Boston is going to get off to a hot start in 2022. They looked great in the preseason, and look ready to pounce at another chance at an NBA Title.

As for Philly, I think they’ll have a solid 2022-2023 season. They have an MVP frontrunner in Joel Embiid and a potentially revitalized James Harden as their nucleus. However, I think they still need time to gel. Boston catches the 76ers sleeping, wins this one at home, and starts their season 1-0.