New England will look to win their first home game of the season this weekend. 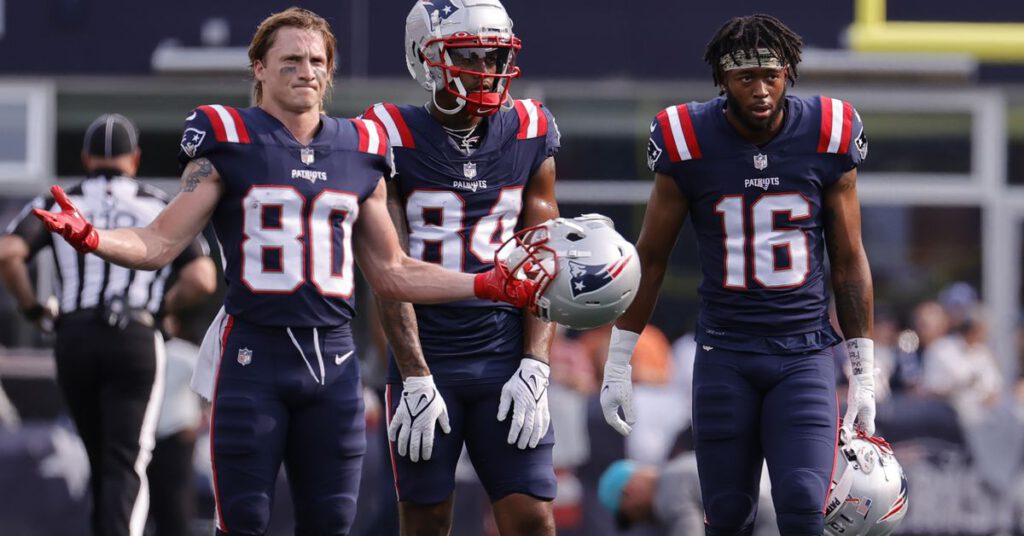 After a heartbreaking overtime loss to the Cowboys last Sunday, New England’s season looks to already be in turmoil. They currently sit at 2-4 and are clearly on the outside looking in to the playoff picture.

The New York Jets travel to Foxboro on Sunday, where the Patriots will look to get their first home win of the season. The game will kickoff at 1pm and air on CBS.

Checkout out the latest from @ezlazar on our #Patriots Newsfeed!

Here are the betting lines for Sunday, courtesy of BetOnline.ag:

The Patriots seem to be in a lose-lose-LOSE situation heading into Sunday. First of all – if they lose the game, they should just pack it in and tank. The Jets are a completely inferior team and simply put, you should smoke them. That being said – if the Pats do blow them out, that’s what should happen and they shouldn’t get any brownie points for that.

If it’s a close game that you barely squeak out at the end, that’s not a good sign. You can’t play this game like you did against the Texans. The only acceptable outcome here is a win and a cover (-7).

The last time these two teams played, the Patriots won by a commanding score of 25-6. They got four field goals from Nick Folk, and the defense looked dominant. They forced QB Zach Wilson into throwing three first half interceptions (and four total).

Since then, the Jets have gone 1-2. They are coming off their bye week and will look to improve off their last outing against New England.

Mac Jones is playing very well for the Patriots, this is true. But I’m done with moral victories. This team could realistically be 5-1 right now, and I’m sick of the excuses. They are good enough to be a playoff team in the AFC, but those chances become slimmer by the week. It’s time for the Patriots to get right and put a win on the board at Gillette.

New England once again finds themselves with an extensive injury list. The team activated defensive tackle Byron Cowart and quarterback Jarrett Stidham off of the PUP list this week. They both were practice participants.

The Patriots subsequently placed defensive end Chase Winovich on the injured reserve with a hamstring injury.

Jones and Godchaux were not spotted at practice on Friday.

All but guarantees that the #Patriots will be without Jones and Godchaux on Sunday. https://t.co/ORjUfFyTfF

Jets stud offensive tackle Mekhi Becton is still on the injured reserve, and is still a few weeks away according to coach Robert Saleh. The same goes for linebacker Jarrad Davis.

Tight end Tyler Kroft and linebacker C.J. Mosley are both listed as questionable for Sunday’s game.

This is the Patriots first true “get right” spot of the season. This team knows they can be better, and I think they’ll show that on Sunday in Foxboro. Expect another solid performance out of Mac Jones, and the defense to step up once again against rookie Zach Wilson. New England dominates and puts up a W at home.