David Pastrnak is just sixth in Hart Trophy odds according to oddsmakers. 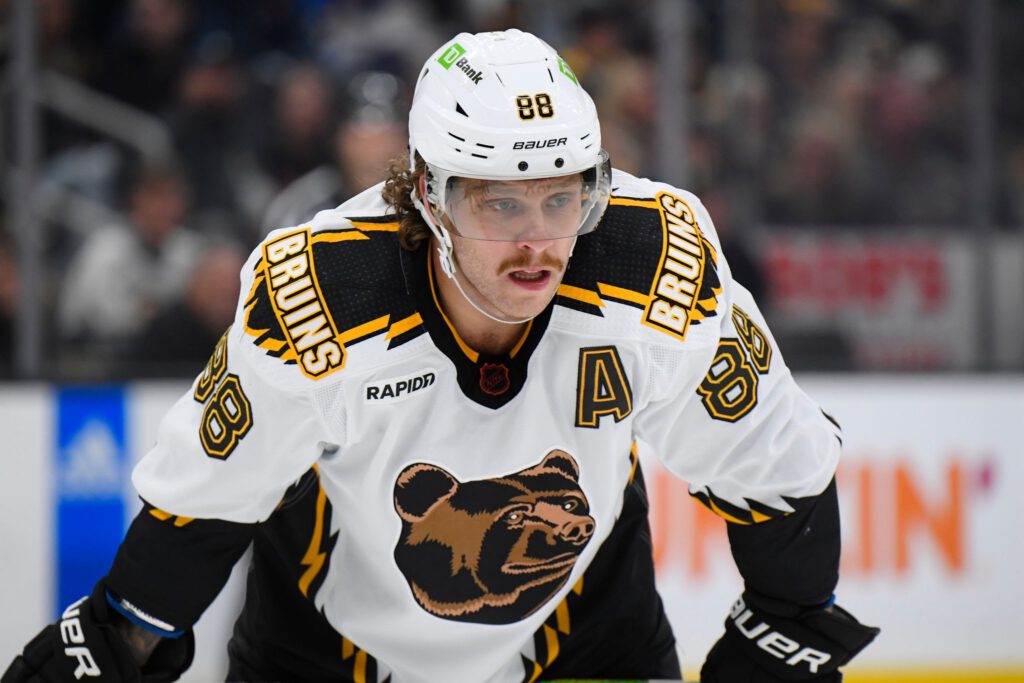 BOSTON, MA - NOVEMBER 7: David Pastrnak #88 of the Boston Bruins waits for the face-off against the St Louis Blues at the TD Garden on November 7, 2022 in Boston, Massachusetts. (Photo by Brian Babineau/NHLI via Getty Images)
Share
Facebook Twitter Email

Despite their historic start, however, they still don’t have a top-5 MVP candidate on their roster according to BetOnline.ag. Here are their odds for the top six players who could win the Hart Memorial Trophy at season’s end:

On one hand, this shows that Boston truly plays as a unit and that no one man means more than the other on their team. However, on the other hand, it does feel a bit disrespectful to have David Pastrnak all the way down this list when he’s top-5 in points, goals, and shots on the best team in the NHL.

Even a guy like Hampus Lindholm who, despite not being a force on offense, leads the NHL in +/- and is nowhere close to the top of the Norris Trophy odds according to BetOnline. He holds just 20/1 odds to win it.

Boston is now the outright favorite to win the Stanley Cup at +550, and they’ve done it thanks to everyone. I wrote about this last week:

Forward Taylor Hall has been a huge part of [their success]. He scored twice on Tuesday and been sensational throughout his career in Boston with 38 goals and 90 points in his 119 games with the club (h/t: Ty Anderson, 98.5 The Sports Hub).

The Bruins’ goaltending has also been a major part of their success this season. 24-year-old backup goalie Jeremy Swayman was thought to be the guy between the pipes, and he’s been solid with a 5-2 record in seven starts, but it’s Linus Ullmark who has been the star. Ullmark is a top Vezina Trophy contender according to BetOnline and currently leads the NHL in GAA (2.00), save percentage (.935), and wins (13).

Boston truly feels to be in “Last Dance” mode with Bergeron and Krejci on one-year deals, David Pastrnak yet to sign a long-term contract, and cornerstones like Brad Marchand and Charlie McAvoy coming back from injury earlier than expected to play with these guys.

Hockey truly is a team sport, and when you’re excelling in all three levels of the game thanks to multiple players at each, then maybe it is hard to put one guy above the rest.

The Bruins welcome their former head coach, Bruce Cassidy, and the Vegas Golden Knights to the TD Garden on Monday night for a 7:00pm puck drop.