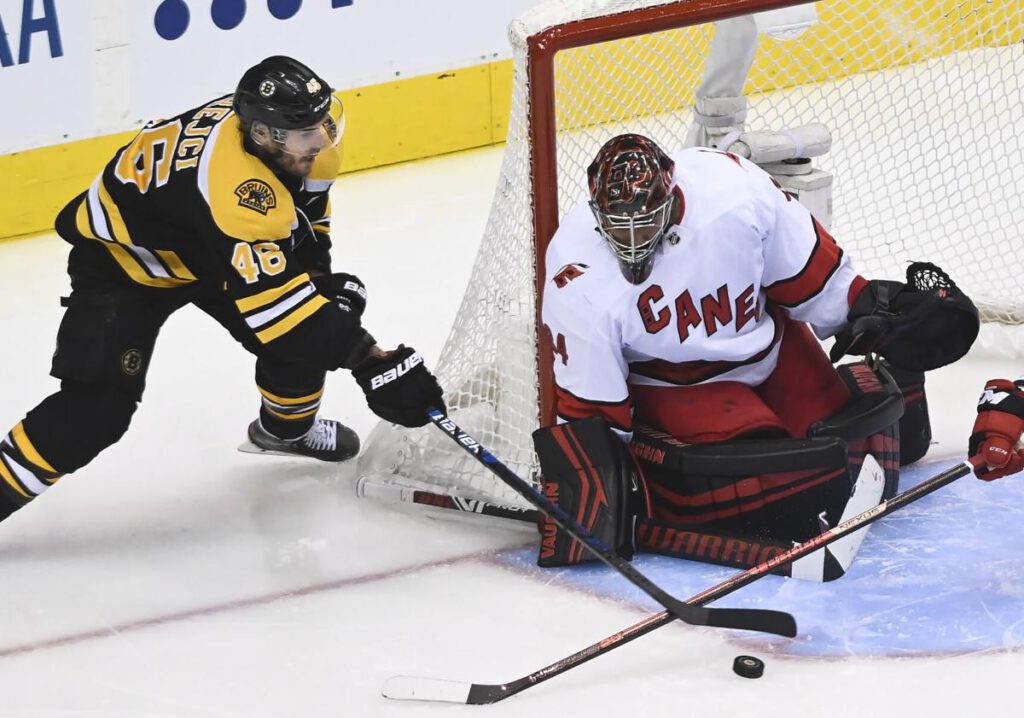 The Bruins and Hurricanes will resume their first round playoff series Saturday with the series tied 1-1. Puck drop is set for 12 p.m.

According to the online sportsbooks Betonline.ag the Bruins are favored by a goal and a half with the Hurricanes getting +109 odds on the money line. The over/under is set at 5 1/2.

After a Game 2 victory for Carolina, the series moves to a pivotal Game 3 with both teams trying to take a 2-1 edge.

Bruins goaltender Tuukka Rask announced he would be opting out of the remainder of the playoffs Saturday meaning Jaroslav Halak will be in net for Boston.

The status of Boston winger is still up in the air after the Czech star missed Thursday’s Game 2.

Through two games, the teams haven’t shown much between them with both games being decided by a single goal. While Halak isn’t the Vezina finalist that Rask was, the gap between the two isn’t huge.

Expect another close game and take the Hurricanes to cover the 1 1/2 goal spread. However, the Bruins top line looked to be back in sync after Game 1 and if Pastrnak returns to the Bruins lineup, take them -120 on the money line.

Carolina’s goaltenders have settled in this series and Halak is a solid goaltender in his own right, take the under 5 1/2 total goals.