Robert Williams III is undergoing a cleanup surgery to address a small tear in his left knee he had previously underwent meniscus removal on in March. 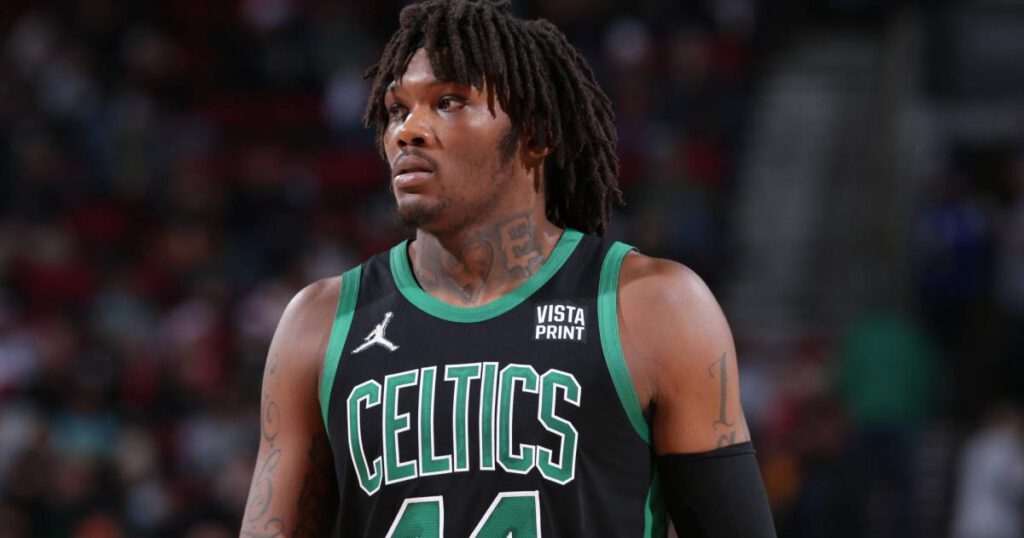 Celtics center Robert Williams III will miss all of training camp and the preseason with left knee surgery he’s expected to undergo later this week, days from the beginning of the NBA season with media day on Monday. Heavy’s Sean Deveney first reported the planned operation, as well as Williams’ expected 4-6 week recovery.

The knee is the same Williams underwent a meniscus removal surgery on in March in an effort to get back to the floor as quickly as possible for the NBA Playoffs. He returned three weeks later, dealing with a bone bruise, pain, swelling and restricted movement that limited his minutes and effectiveness through the NBA Finals.

Now, a source told CLNS Media that the impending surgery is to address a small tear in Williams III’s left knee in what’s being described as a arthroscopic cleanup procedure, or minimally invasive. It’s unclear if it’s related to the initial surgery or the postseason run that followed, which wasn’t supposed to put Williams III at risk long-term.

The nature of the meniscectomy, however, was more risky than a full repair would’ve been. Williams III would’ve missed the entire postseason and possibly into this regular season if he opted for a repair of the torn meniscus, but Ime Udoka said at that time that the location and size of the tear was such that removal became the best possible solution to the problem.

A repair of the meniscus isn’t always possible, and complications can follow a removal over time. The procedure he undergoes this week should make his outlook more clear. He had been in Boston’s facility focusing on weight training while the team scrimmaged in recent weeks. In the meantime, it’s unlikely Williams III is available for opening night four weeks from today against the Philadelphia 76ers.

Al Horford can rotate over to the five position and player more minutes, and either Malcolm Brogdon or Grant Williams will inevitably replace Williams III’s spot in the starting lineup. Choosing Brogdon would allow Williams to remain in a bench role, where he saw more success last season, and guard some second unit centers alongside either Luke Kornet or Mfiondu Kabengele. Brogdon would brings perimeter size, defense and shooting, along with long-coveted playmaking next to Marcus Smart. It’d also free more second unit minutes for Derrick White and Payton Pritchard.

The Celtics weren’t in a rush to replace Danilo Gallinari after he tore his ACL last month, with hope Sam Hauser and Kornet could fill limited front court roles in what was already a tight rotation. Losing another front court player puts even more pressure on a pair of unproven centers, and Shams Charania reported Boston released Bruno Caboclo on Tuesday, who had joined the team last month on a tryout deal. Jake Layman, Justin Jackson, Denzel Valentine and the expected signing of Brodric Thomas had since rounded out the Celtics’ offseason roster at the maximum of 20 players, which would explain the waiving of Caboclo if the team wanted to start exploring more permanent front court depth after the surgery.

If the injury remains a short term early season loss where Horford can play extended minutes at center after a long offseason layoff, then there’s no need for an emergency veteran signing or trade now. Williams III’s absence will inform the sustainability of the roster in place now, including Kornet and Kabengele’s viability, and tell the front office whether it needs to pivot towards more reliable depth for once Williams III returns and Horford begins some midseason load management. This will also give Udoka the chance to experiment with smaller lineups.

The biggest losses are the chance for a reunited starting lineup to hit the ground running and give the group some room for error and rest later in the season, along with the hope that Williams III could log a relatively healthy year. If Brogdon succeeds as a starter, Williams III or Horford may need to eventually go to the bench, and given the long-term risks of meniscus removal, it’s worth wondering if Rob’s left knee will become a future problem.

Missing six weeks would knock Williams out of at least the first six games of the regular season against Philadelphia, Miami, Orlando, Chicago, Cleveland and Washington. He played 61 games in 2021-22 in his first full season as a starter with the team before missing seven games in the postseason.