Danilo Gallinari Tore ACL and Likely Out for Celtics Season

Danilo Gallinari tore his ACL upon further evaluation and will likely miss the entire 2022-23 season, with his future beyond that in question with Boston. 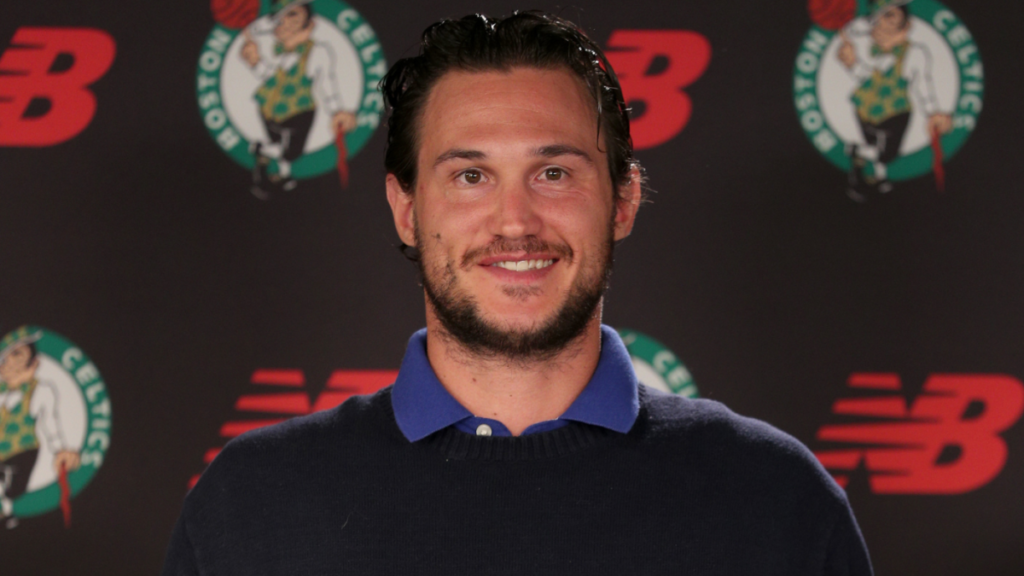 The Celtics announced Danilo Gallinari tore his left ACL for the second time in his career upon further evaluation after he came up hobbled playing in World Cup qualifiers for Italy last week. An MRI had initially revealed he only tore his left meniscus, which would’ve left the door open for a return this season. Now, his career is in question at 34-years-old, nearly 20 seasons into his professional career between Europe and the NBA. The Celtics signed him to a two-year, $13 million contract and hoped he would address floor spacing and front court depth.

Boston’s contention chances aren’t doomed by the loss of a player who wasn’t with them last season. Grant Williams can fill minutes in the front court alongside Al Horford and Robert Williams III, whose rotations were typically staggered. They’ll simply be less flexible, unable to sustain another loss at those positions and lack an infusion of shooting that might’ve been the missing link in a championship in the late stages of last postseason. Malcolm Brogdon’s offensive contributions are now even more important, as the Celtics are in a limited position to replace Gallinari.

“This has been a tough week for me as I have learned the extent of my injury. This game means everything to me and not being able to be on the court with my Celtics teammates hurts,” Gallinari tweeted Friday afternoon. “I plan to give everything I can to the Celtics organization and my teammates as we hunt for a title.”

The team will inevitably receive a disabled player exception worth half of Gallinari’s salary ($3.25 million), which could be used on a free agent or in a trade. It’s less than the $5.9-million and $6.9-million trade exceptions the Celtics already own until close to the trade deadline. They have three open roster spots for the regular season, with an array of veterans expected to tryout for Boston in training camp, including Bruno Caboclo, who has already signed.

Carmelo Anthony, 38 this season, is the headliner among free agents entering September. He averaged 13.3 points, 4.2 rebounds and 1.0 assist per game on 44.1% shooting, finishing 37.5% from three with the Lakers after a 2019 hiatus and successful season and change that followed in Portland. Anthony finally transitioned to a floor-spacing, low volume role after difficult seasons in Oklahoma City and Houston. He’s seeking his first championship entering year 20 in the league. The Celtics could provide minutes and that chance to win.

Anthony’s declining defense, never a strength of his, factored into a lackluster Lakers unit that didn’t have the lateral movement, versatility, discipline and athleticism to play consistently at that end. He can hold his own in the post and a clear effort to transform his body led to a statistical profile that wasn’t a disaster. His -0.8 defensive box plus-minus was his best since 2015-16 and a -1.8 RAPTOR rating ranked 211th among qualifiers, comparable to Evan Fournier and Harrison Barnes. Opponents shot 45.6% against him one-on-one and only scored 0.75 points per possession in isolation. His pick-and-roll success was more mixed and limited, while he held spot up shooters below 1.00 PPP.

Given Anthony’s limitations, he needs to be amicable with a fluctuating role that could involve not playing in certain matchups. The idea of sliding him in for a spot start to relieve Jaylen Brown or Jayson Tatum for a night is intriguing, but a similar idea of sliding Dennis Schröder and Josh Richardson into secondary roles didn’t go smoothly in 2021-22. Anthony isn’t as sizable of a front court reliever for Horford and Williams III. It’s probably, all things considered,  a worthwhile risk at this stage of the offseason given the cost of other options.

The fire sale in Utah is worth keeping an eye on. They’d inevitably trade anyone for the right price and veterans Rudy Gay (2yr, $12.7M), Jarred Vanderbilt (2yr, $9.1M) and Stanley Johnson (1yr, $2.4M) could step into Gallinari’s role, though at far higher acquisition prices between luxury tax and assets Danny Ainge would command.

Vanderbilt is the most intriguing of that group, a 6-9 power forward and fixture of the Timberwolves rotation last year. He’d defend, rebound and play some five minutes with energy, athleticism, albeit without a jump shot. Vanderbilt averaged 6.9 PPG, 8.4 RPG and 1.3 SPG on 58.7% shooting and is only 23-years-old this season.

No matter what way you look at it, Grant Williams’ continued floor spacing and defensive ability is going to be crucial for the Celtics next year and beyond as he enters restricted free agency next summer. Sam Hauser and Luke Kornet are two internal options the team has lauded following their development in Maine last season. Hauser received a long-term contract and Kornet is back as the team’s only backup big next to two-way summer star Mfiondu Kabengele. None of those three have played consistent roles in the NBA yet.

Gallinari, who expressed excitement joining Boston and pursuing his first title after growing up a Celtics fan, vowed to get to work with the team’s medical personnel in pursuit of a return. Most ACL recoveries average roughly one year, 10 months at the earliest, leaving Gallinari out of the picture until the late stages of the postseason at the earliest.

“I will work tirelessly with the Celtics staff to return to the court as soon as I can and I appreciate the unwavering support from the fans, my teammates, and the entire NBA family,” Gallinari said.