It’s Time to Start Asking the Question – Can the Patriots Win the Super Bowl? | BetOnline.ag

New England is 6-4, the sixth seed in the AFC, and well equipped to make a run in the 2021 playoffs. 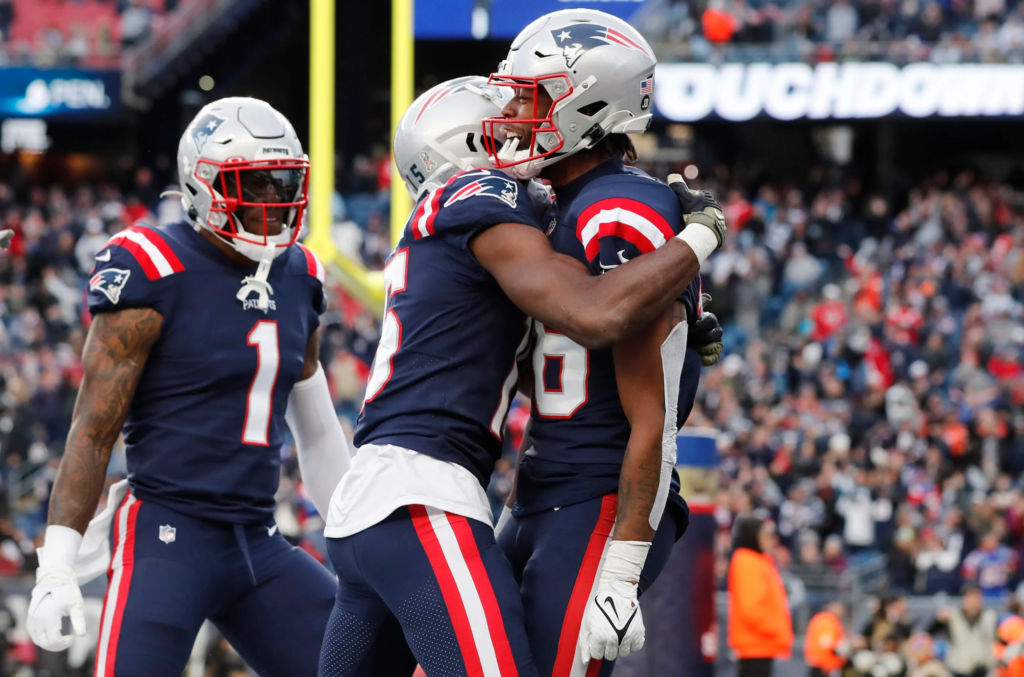 The Patriots pantsed the Browns by a score of 45-7 on Sunday as they got their fourth win in as many weeks. New England’s offense looks like they can score at will, the defense looks to once again be fierce and ferocious, and the team as a whole has done a complete 180 since their mistake-prone first month of the season. All is well in Foxboro, and boy does it look familiar.

This team is legit. They play hard, they play tough, and they play together. There’s no more sugar coating it – the Patriots are a really good football team. So now what? I think it’s time to ask the question we’ve all been waiting to ask since Tom Brady departed New England in early 2020: Can the Patriots compete for a Super Bowl again?

New England currently has the tenth highest odds to win Super Bowl LVI according to our exclusive wagering partner – BetOnline.ag. Here is the full top ten:

After watching this weekends performance, it would be easy to say that this team can win the big game. They’re flying high after four straight wins, their top three rookies look like 10-year vets, and their free agent signings look like massive hits. As a fan, I’m ecstatic. As a writer and an analyst? I’m skeptical.

We know the AFC is completely up for grabs, and the five teams ahead of New England all have their flaws. The Bills lost to the Jaguars, the Titans lost to the Jets, and the Ravens lost to the Dolphins. The Chiefs have been a shell of themselves, and we know the Chargers can be had (see week 8). All of these teams at the top are beatable on any given Sunday.

With that being said, so are the Patriots. While I do think this team is peaking at a good time, they have to continue the current trend and finish the season strong if they want to make noise in the playoffs. With two games against Buffalo, a game in Indianapolis, and a game against the 1-seed Titans, things can go from really good to really bad… really fast.

Frankly, (and I’m guilty of this as well) I think looking towards these games is getting wayyyy ahead of ourselves. The Patriots have a matchup this Thursday against the 4-5 Falcons that has a real chance of getting away from them if they don’t just focus on the task ahead. A team on a big high like the Patriots – playing on the road, on a short week, against a team that’s coming off of a huge loss can be a recipe for disaster. As we know, anything can happen.

So what’s the moral of the story? And what’s the answer to our question? The Patriots have both the team and the structure to make a run in the playoffs. They might even be a good long shot bet at 20/1 (+2000) to win the Super Bowl. They can win the Super Bowl. Will they? We’ll have to wait and see. Ultimately, their best bet moving forward is to continue playing these games one at a time and see where it takes them. After all, they’re already playing with house money.

Keep it here on CLNSMedia.com and at our YouTube channel, Patriots Press Pass for coverage ahead of Thursday’s game in Atlanta!