The Patriots head to Inglewood on Sunday to take on the 4-2 Chargers. 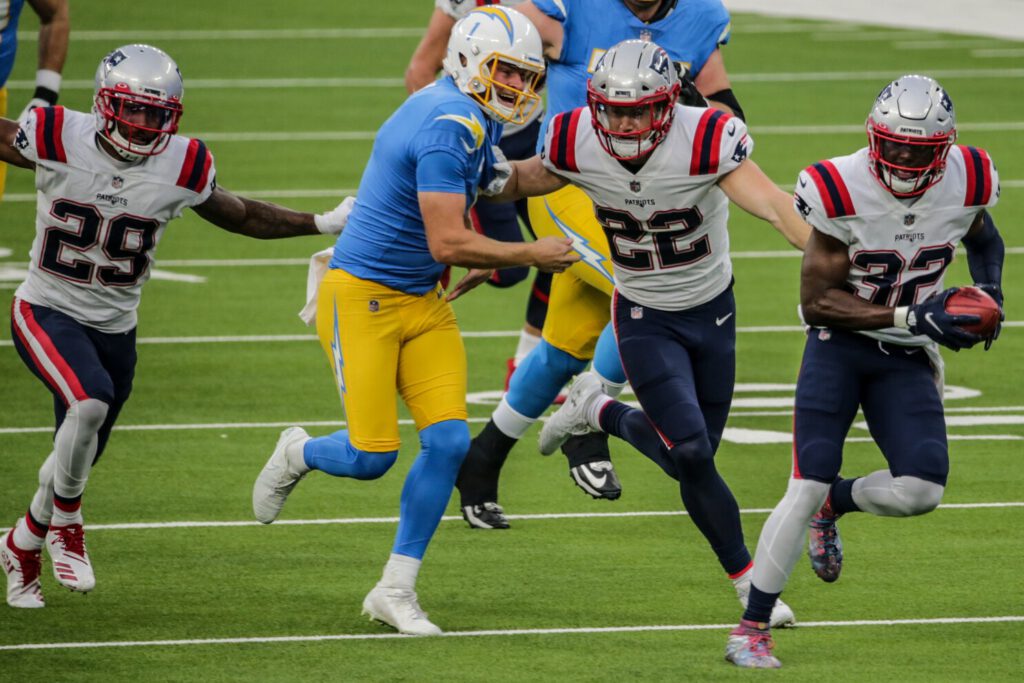 After taking care of business last Sunday against the Jets, New England is still fighting for a playoff spot in the AFC despite a 3-4 record. This next stretch of games coming up is crucial for the Patriots season.

They travel to Los Angeles on Sunday to take on Justin Herbert and the Chargers. The game will kickoff at 4:05pm on CBS. Ian Eagle and Charles Davis will be on the call.

It’s been less than a year since the Patriots 45-0 beat down of the Chargers in LA, and boy have these two teams gone in different directions since then. The Chargers closed out the 2020 season on a four game win streak, and have gone 4-2 in 2021 under new head coach Brandon Staley.

They look to have a future MVP in Justin Herbert, and a loaded offense to compliment him. Stud wide receivers like Keenan Allen and Mike Williams and a three-down running back in Austin Ekeler make it easy for the second year quarterback.

Meanwhile, the Patriots are 4-8 since the lopsided victory, with wins over only the Jets and Texans – arguably the two worst teams in the NFL. New England had a changing of the guard at signal caller after 2020, drafting Mac Jones out of Alabama with the 15th pick in the 2021 NFL draft.

Jones has impressed so far this season, and looks to be the best player on the Patriots offense week in and week out. Check out CLNS Media Patriots beat reporter Evan Lazar’s Mac Jones film review from this week HERE:

Both LA and New England have franchise quarterbacks under their belts, and will look to continue to build around them moving forward. These two could be the cream of the crop in the AFC for some time.

The Patriots once again have an incredibly long “questionable” list heading into Sunday.

For the Chargers, they added a significant piece to their injury report on Thursday, as running back Austin Ekeler did not practice. This would be a big blow for LA if he can’t suit up. Ekeler is both a rushing and receiving threat, with nearly 600 yards this season and seven total touchdowns.

The #Chargers added RB Austin Ekeler (hip) to the injury report. Ekeler was a DNP on Thursday.

Linebacker Drue Tranquill is listed as questionable for Sunday. He was a limited participant in the teams Wednesday practice.

The Patriots used last weeks “get right” game to their advantage, and I think it’s going to be a turning point in their season. If they can string a couple wins together in this stretch of games, they’re going to compete for a playoff spot.

Herbert and Staley have LA in a great spot moving forward. I think this game is going to be a tight one, but I think the more experienced Patriots squeeze it out in the end. Pats cover and upset the Chargers on the road.