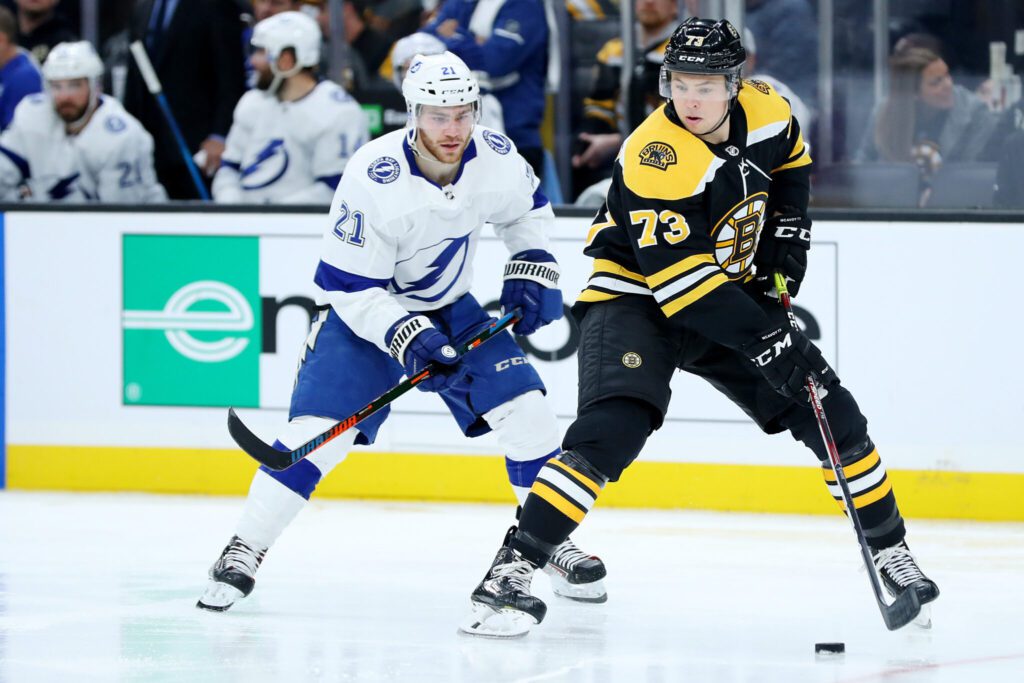 The Tampa Bay Lightning had yet to win a game by more than a goal since entering the NHL’s bubble entering Wednesday. That changed in a big way as they handed the Boston Bruins a 7-1 beatdown in Game 3.

Bruins starting goaltender Jaroslav Halak lasted only a period and a half on the night and was relieved by Dan Vladar, making his first career NHL appearance. Halak stopped just 13 of the 17 shots he faced before getting pulled.

The linesman sets a pick Amar’e Stoudemire would be proud of as Yanni Gourde takes advantage for Tampa Bay.

After an early second period goal by Mikhail Sergachev, the Bruins answered. A Torey Krug shot on the power play ricocheted off the skate of Brad Marchand on the back door to cut the lead to 3-1.

It was as close as the Bruins would come as the remainder of the second period saw the floodgates open for the Lightning.

After Alex Killorn stretched Tampa Bay’s lead out to three goals, Bruins coach Bruce Cassidy made the move to Vladar.

Things didn’t go any better for the rookie netminder. Looking defeated, the Bruins’ defense allowed Brayden Point to slip behind them. One-on-one with Vladar, Point left the goaltender sprawled on the ice as he deposited the puck in the back of the net for Tampa Bay’s fifth goal of the night.

Brayden Point on the breakaway.

Just a few minutes later, Vladar faced another breakaway. This time Gourde couldn’t find the net, sending it off the boards behind the net. However, Killorn was in position for the rebound and put the puck away, stretching the lead to 6-1.

The Lightning tacked on another goal—Nikita Kucherov this time getting in on the goal-scoring action—in the third period to complete its 7-1 blowout in Game 3, taking a 2-1 series lead.

Coming into Wednesday’s game, Tampa Bay had converted on just two of its 20 power play chances and none of its last 15 in the playoffs. An empty power play less than a minute into the game stretched the scoreless streak to 16.

Just as it looked as if the Lightning’s power play was lacking in fire power, Tampa Bay exploded for three goals on its next three power play opportunities.

The Lightning got off the snide thanks to a beneficial bounce on an Ondrej Palat shot off of Zdeno Chara’s stick.

Mikhail Sergachev’s one-timer goal marked the second Lightning power play goal of the night with their third coming when Killorn polished off a Palat rebound late in the second period.

Two third-period power plays ended empty handed for Tampa Bay, yet the Lightning still managed to finish the night three for five on the man advantage.

Needing a win to take a series lead, the Tampa Bay power play unit powered the team to a much-needed Game 3 win.