With the season winding down, I present to you my penultimate NFL games to watch for the 2021-22 season. 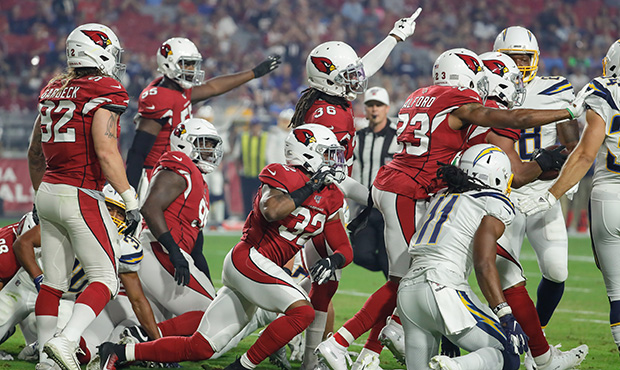 As I wrote out the title of this article, it hit me how strange it is that week 17 is not the final week of the regular season. With win-loss records set to equal 16 games with one week still left to go, this is when the extra game will start to feel weird – at least for me.

Anyway – with fantasy championships, playoff implications, and statistics bonuses in the air, I wish you all a Happy New Year – and present to you my three games to watch for week 17, with preview and predictions courtesy of BetOnline.ag:

Bengals quarterback Joe Burrow had the best game of his career last Sunday, throwing for 525 yards and four touchdowns in Cincinnati’s win over the Ravens. Rookie sensation Ja’Marr Chase had himself a day, catching seven balls for 125 yards – but it was former Clemson wide receiver Tee Higgins who stole the show. Higgins had twelve catches for 194 yards and two scores, logging his best game as a Bengal. Cincy may be peaking at the right time.

The Kansas City Chiefs have won eight in a row, and it’s surprisingly their defense that’s holding them together. They’re letting up just 12.8 points per game over the last two months, and have allowed Patrick Mahomes and the offense the luxury of not having to press to win games. I know it’s still early, but this team looks to be on a one-way trip to another Super Bowl championship.

This is going to be the best game of the weekend. Two solid teams fighting for playoff seeding led by two young quarterbacks with stud casts surrounding them. This one will come down to the wire.

I think the experience in Kansas City will prove to be the difference-maker here. Cincy will cover, but the Chiefs win a nail-biter.

The Titans started the season 6-2, but are 4-3 since losing running back Derrick Henry to a foot injury. It isn’t just Henry’s injury that is looming large though. They’ve been without both AJ Brown and Julio Jones several times over the last few weeks due to injury, and have rotated the most players onto their active roster out of any team in the league. Despite all of this turnover, they’re somehow 10-5.

They now have the pleasure of taking on the 8-7 Miami Dolphins. Miami has won seven in a row after an abysmal 1-7 start – and currently holds the seventh seed in the AFC playoff picture. They control their own destiny from here on out. For all the flack that second-year quarterback Tua Tagovailoa gets, he’s 12-7 as a starter in the NFL and has been the facilitator of the Dolphins offense on this miraculous run. What’s helped Tua succeed this year is the emergence of wide receiver Jaylen Waddle, who is on pace to break Anquan Boldin’s record for receptions in a season as a rookie. Waddle is my pick to win Offensive Rookie of the Year.

I love what Mike Vrabel has built in Tennessee, and I think he will be a great head coach in Nashville for a long time. They have a solid culture there that they can build off of for years to come.

However, Miami is a buzzsaw right now and I don’t see anyone stopping them. The Dolphins win and welcome the Patriots to Miami Gardens next weekend for a week 18 playoff game.

Arizona has lost their last three games, and the once potent Cardinals offense is averaging just 17 points per game over that stretch. Kyler Murray has thrown only two touchdowns compared to three interceptions during this losing streak, and he has failed to log a rushing touchdown. They are a mess right now, and I’m not sure a date with the 11-4 Cowboys is going to fix anything.

Dallas is coming off of their best win of the season. They beat down on the Football Team last Sunday night by a score of 56-14, and finally seemed to put everything together. Dak threw for 330 and four touchdowns, the defense had two takeaways and a score of their own, and they even scored on special teams. Dallas looks like they could be the team to beat in the NFC.

Though I feel like this game could go either way, Arizona seems lost right now. The Cardinals once again have started a season hot and ended it cold under Kliff Kingsbury – does he know there are more than ten games in the NFL?

I’m going with Dallas to build off of last week’s win against Washington. Cowboys win and cover.

Click HERE to read my Patriots vs. Jaguars Preview