The once promising Patriots need to bounce back this week if they want to keep their playoff hopes alive. 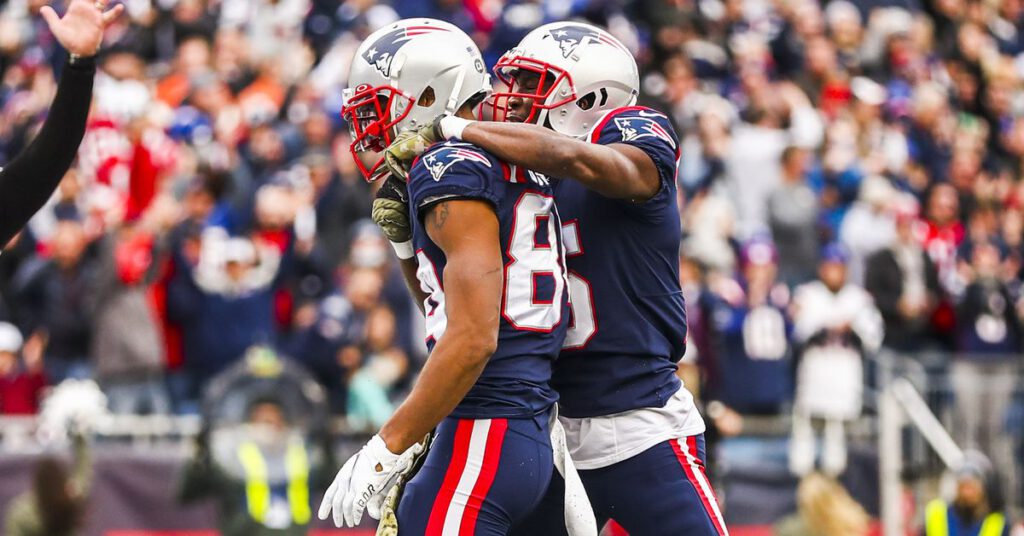 The Patriots are on a two-game losing streak. Rookie QB Mac Jones is losing steam, the defense looks to be a shell of themselves, and as a whole – New England is playing poor football ever since their gritty win in Buffalo just three weeks ago. The once co-favorites to go to the Super Bowl are now the sixth seed in the AFC playoff race.

Luckily for them, they have a “get right” game ahead of them this Sunday. The 2-13 Jacksonville Jaguars are in town for what can hopefully be a nice tune-up for New England. Kickoff is set for 1pm from Gillette Stadium with Andrew Catalon and James Lofton on the call for CBS.

Here are the odds for Sunday’s AFC matchup, courtesy of BetOnline.ag:

There is nothing the Patriots need more right now than a game against Jacksonville. This team is a mess.

The once glorified and now disgraced head coach Urban Meyer was fired by the Jags just over two weeks ago, and interim head coach Darrell Bevell has yet to galvanize the team since taking over.

Number one overall pick and Jaguars quarterback Trevor Lawrence hasn’t thrown a touchdown since Halloween, the team is already starting their new head coaching search with two weeks to go in the season, and owner Shad Kahn seems hell bent on keeping the deplorable Trent Baalke on as the teams general manager moving forward – which will deter candidates from ever wanting to coach there. The Jaguars are the definition of a dumpster fire franchise.

However, the Patriots haven’t been too shabby themselves as of late. Earlier this week I wrote about their poor play over this recent two game skid, and more specifically about Mac Jones’ struggles. Jones is currently the favorite (-600) to win Offensive Rookie of the Year according to BetOnline.ag. I noted that he is only the favorite to win because he is a quarterback:

This reasoning still holds true, as it’s really the only explanation as to why he’s still the favorite. Both Jones and the Patriots have been sub-par at best since their bye-week. He has just two touchdown passes over their recent two-game skid, and has more interceptions (4) than he did over their entire seven-game win streak (2). He also completed just 43% of his passes against the Bills on Sunday.

#Patriots QB Mac Jones is still the heavy favorite at (-600) to win Rookie of the Year according to @betonline_ag, but does he deserve it?@mikekadlick breaks it down and gives you his thoughts on who should win the award HERE ⬇️@CLNSMedia @CLNSBetting https://t.co/dpbXAI4u3O

The defense hasn’t been themselves lately either. Over the last two weeks they’ve let Jonathan Taylor run all over them, Josh Allen throw all over them, and have allowed an average of 30 points per game.

Patriots guard Shaq Mason did not practice on Thursday with an illness, along with Nelson Agholor and Joshuah Bledsoe for the second day in a row. Bledsoe was later placed on the injured reserve.

The #Patriots added starting RG Shaq Mason to the injury report with an illness on Thursday. He didn't participate.

The same ten players as Wednesday's report were limited. pic.twitter.com/xJl8nQY3zu

On top of the turmoil that the Jaguars go through every single day, they are currently decimated with COVID-19. Earlier this week, Jacksonville had 27 players on the COVID list and just 33 players on their active roster.

Feels like there's a chance that #Patriots–#Jaguars could be pushed back if the situation in Jacksonville doesn't improve. https://t.co/qBj9KfPGJ6

On Friday morning they activated seven players off of the list, which should increase the chances of us actually having a game on Sunday.

The Jaguars activated seven players from the COVID list:

As far as physical injuries go, tight end James O’Shaughnessy did not participate in practice on Thursday with a hip injury, linebacker Dakota Allen was limited with a shoulder, and tackle Will Richardson Jr. was placed on injured reserve.

With what has gone on in Jacksonville this season mixed with their COVID issues this week, it wouldn’t surprise me if the Jaguars straight up forfeited on Sunday. There is just no way they’re going to be ready to play.

That being said, the Patriots can’t let up. They need to play every down like their season depends on it (which it does) and get themselves ready for the red hot Miami Dolphins next weekend.

I think New England is up for the challenge. Bill Belichick normally preys on rookie quarterbacks, and that won’t stop with Trevor Lawrence.

One more time? The Patriots get the win at home and we finally all cash o9.5 wins together.