New England is on the road for the second time in as many weeks for a prime time matchup in Indy. 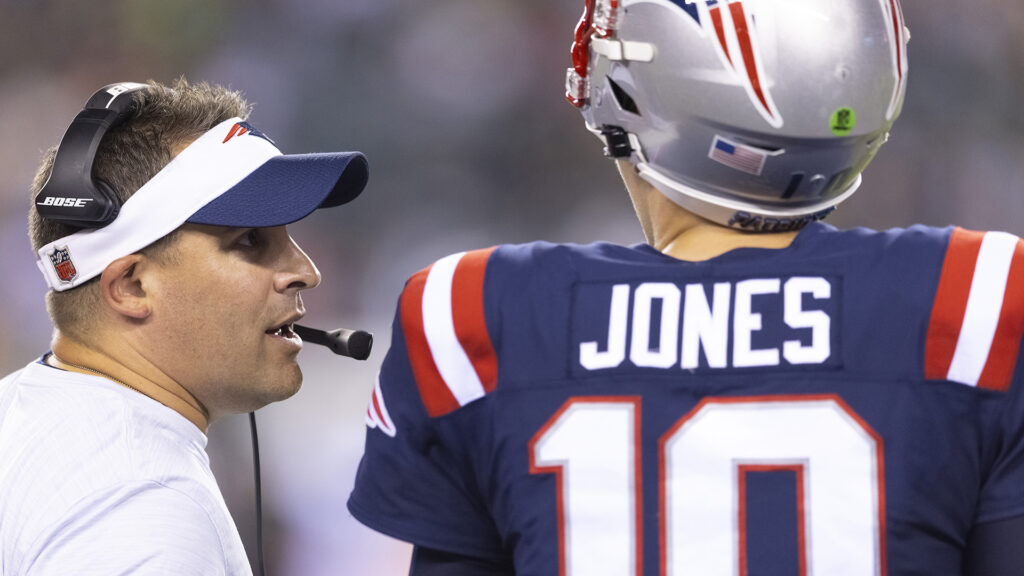 After taking down Buffalo two Monday night’s ago, the Patriots will take on the Colts on Saturday night to continue their rummage of the AFC.

Saturday’s matchup will kick off from Lucas Oil Stadium in Indianapolis at 8:15pm. The game will be broadcast by NFL Network with Kevin Burkhardt and Greg Olsen on the call.

The Patriots opened up as 2.5-point underdogs on Sunday, but after some movement throughout the week we are back to where it started. Here are the latest odds for Saturday nights game, thanks to our exclusive wagering partner BetOnline.ag:

There are many storylines going into Saturday’s game, but none are more important than the simple fact that these teams are on a roll. Here’s an excerpt from my article from earlier in the week, Patriots Open as Underdogs Ahead of Saturday’s Showdown vs. Colts, detailing the recent success of these two teams:

There aren’t two hotter teams in football right now. The Patriots have won seven in a row since their week six loss to Dallas, and the Colts have won four of their last five. With both teams coming off of week 14 byes, they’re well rested and – for the most part, healthy.

The Patriots defense is the reason they were co-favorites to win the AFC just a week ago. They lead the league in points allowed per game at 15.7, and are giving up just 114.5 rushing yards per game. Their counterparts in Indianapolis are second in the NFL in rushing this season, having ran for 1,972 yards as a team in 2021.

On top of the recent success, another wrinkle in this once historic rivalry is the fact that Patriots offensive coordinator and quarterbacks coach Josh McDaniels was hired to be the Colts head coach just about four years ago, before pulling out to return as New England’s OC. Indianapolis since hired Frank Reich and has moderate success, but McDaniels certainly left a sour taste in the mouths of Colts fans.

“The rivalry is back on,” said Indy’s general manager Chris Ballard following the announcement that McDaniels had pulled out.

The Colts gave New England some bulletin board material this week, as linebacker Bobby Okereke told the media that they plan to “make the game one-dimensional,” and force rookie QB Mac Jones to beat them.

Colts LB Bobby Okereke on Mac Jones: "we're really going to try to make the game one-dimensional."@ezlazar reacts & discusses how that plan didn't work out so well for the Titans when Mac threw for 310 Yards

It’s an interesting decision, but also could be a wise one as Jones has only attempted three passes since November 28th. What wasn’t wise, however, was telling Bill Belichick your game plan on a Monday…

To no surprise, the way COVID-19 is ripping through the rest of the NFL has yet to affect the Patriots. They’ve had a relatively quiet injury week. However, for the first time this season quarterback Mac Jones popped up on the injury report with a thumb injury. According to Jones though, “there’s nothing wrong with it.”

As for the Colts, their list is even shorter. Defensive tackle Antwaun Woods is out for Saturday, while center Ryan Kelly is questionable.

This game is going to center around Indy and their run game. If Jonathan Taylor, who has (+1400) odds to win NFL MVP according to BetOnline.ag, can get his legs going and gash the defense, then it might be a long night for the Patriots. I do think, however, that New England’s much improved run defense from a season ago will be able to contain Taylor and force Carson Wentz to have to win the game for Indy.

I also think that Mac Jones lack of passing in recent weeks could actually bode well for the Patriots. With some time to continue learning the scheme and overall philosophy of the offense, McDaniels and Jones may be able to unleash some concepts and designs to truly open up this offense. After all, they’ll want to show that they can win games in both dimensions.

Ultimately, the lights will shine too bright for Reich and Wentz. Mac Jones has been in this spot before and has shown he can handle it. Patriots get to 10-4 and we all cash OVER 9.5 wins together.