Let's take a look at three games to watch across the NFL this Sunday, courtesy of BetOnline.ag. 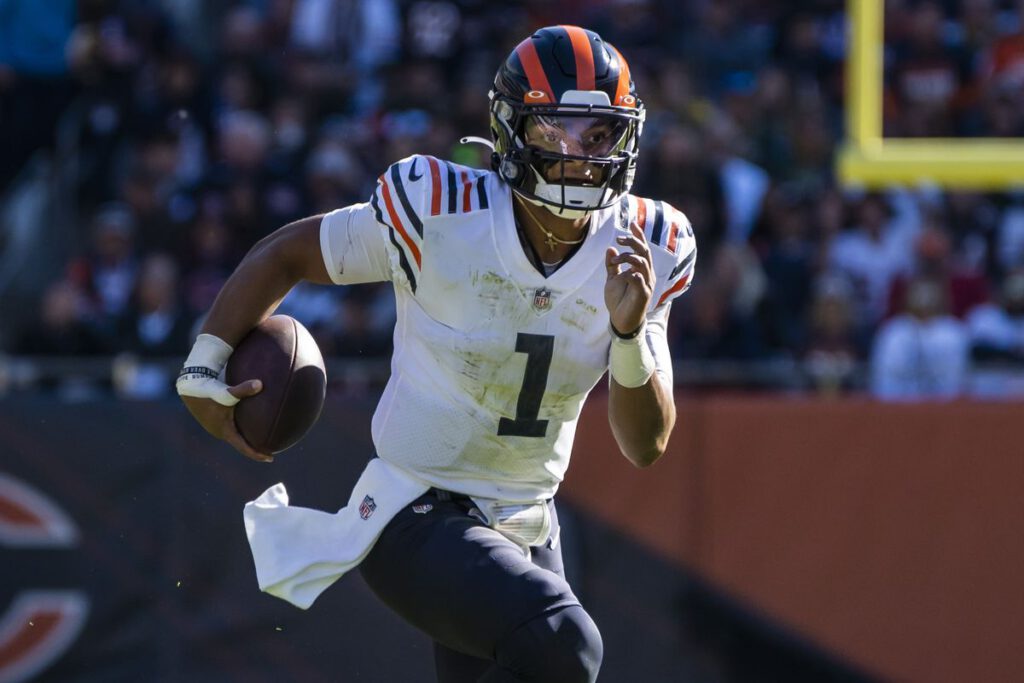 The crazy October sports calendar continues this Sunday with a jam packed slate of NFL games. Although we’re into bye weeks now, we still have atleast three solid matchups to look forward to this weekend.

Here are my three games to watch, with odds and predictions, courtesy of BetOnline.ag:

The Ravens currently sit at 5-1 and are playing outstanding football. Lamar Jackson is playing like an MVP again, and he finally looks like the passer that Baltimore has been waiting for him to become. He looks as comfortable as ever playing both from the pocket and from behind in the score. This is by far his best season in his young career.

Their counterpart in the AFC North come to town this week. Head coach Zac Taylor has the Cincinnati Bengals at 4-2 and in second place in the division. The Joe Burrow-Ja’Marr Chase connection looks as good in the NFL as it did in college, and the confidence they play with shows they want to win another title together.

This is the biggest game Burrow and Chase have played together since their National Championship win with LSU in 2020. Although Baltimore is red hot, I think the Bengals pull the upset on the road. I love Cincy with the points, and would maybe sprinkle the moneyline.

The Raiders put together quite the showing last Sunday after their head coach resigned less than a week before game day. They took down the Broncos 34-24 behind a 341-yard performance from quarterback Derek Carr. Running back Josh Jacobs also found the end zone for the second consecutive week.

Philly is coming off a long week, having not played since last Thursday’s loss to the Buccaneers. The Eagles play hard and have stayed in some games this year, but the win column doesn’t show it. Although I’m becoming a bigger Nick Sirianni fan by the week, this game is just another bad spot for Philly.

I think the Raiders will continue playing for each other in this one and pull out a win in their first game in Allegiant Stadium without Gruden. I’d lay the points with Vegas here.

Tom Brady and the Tampa Bay Buccaneers haven’t missed a beat since their Super Bowl win in February. They’re are 5-1 and have only lost to the LA Rams in a tight week three battle. Acccording to BetOnline.ag, Brady has the fifth highest odds to win the MVP at +800 (8/1). He looks to have yet another Super Bowl caliber run in him.

Bears quarterback Justin Fields has the fifth highest odds to win the Offensive Rookie of the Year at +1000 (10/1) and has a 2-2 record as Chicago’s starter. Although Matt Nagy might not be their coach of the future, they hopefully at least have their quarterback. History is not on Fields side this week however, as a rookie quarterback hasn’t beat Tom Brady since Geno Smith in 2013.

Can’t bet against Brady in this spot. They’re back in Raymond James for the first time in 12 days and will want to put on a show again like they did against Miami. Bucs win big, and Brady continues his streak against rookie quarterbacks.