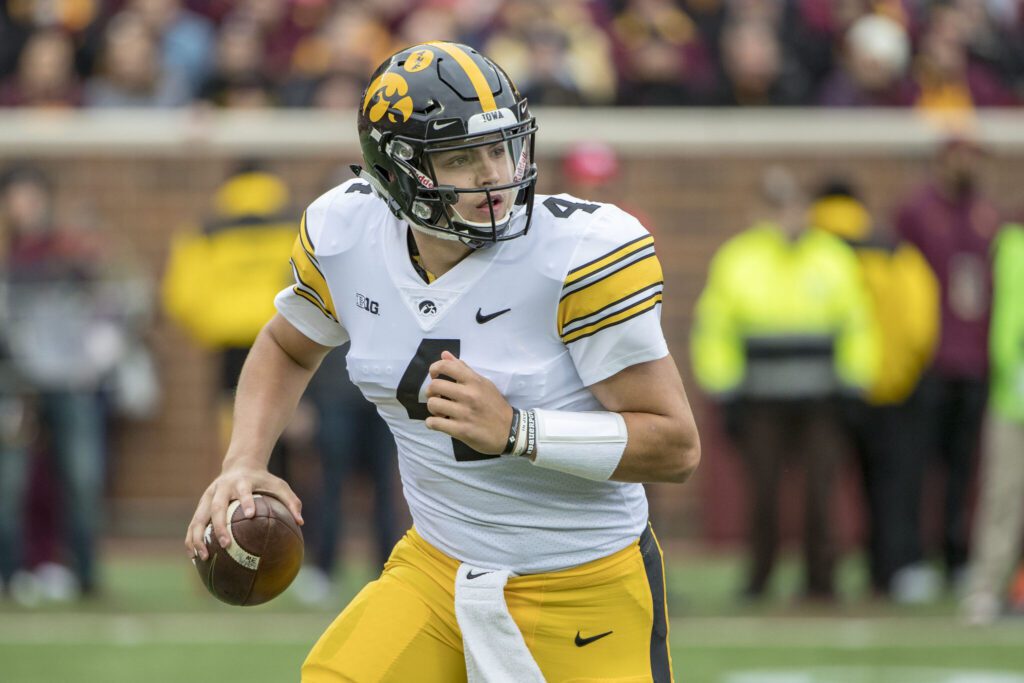 The Patriots during the Bill Belichick era are the best team in the league at evaluating talent on day three of the draft and in undrafted free agency.

Roughly 40 percent of NFL starters are players selected after the first three rounds or signed as free agents, and Belichick is the best evaluator at finding those hidden gems.

We’ve seen Brady (sixth round), Edelman (seventh round), Slater (fifth round), Samuel (fourth round), and countless others come through New England and star as day three selections.

Also remember, out of the 11 Pats quarterback selections since 2000, seven of them were day three picks, and only one, Jimmy Garoppolo, went in the first two rounds.

In the first two installments of this series, we highlighted the top prospects and day two options in the 2020 class, but the Patriots are more likely to wait until the final day to select a quarterback.

Once you get to the later stages of the draft, NFL-caliber arm strength becomes harder to find, and weeds out many prospects.

In the first three rounds, it’s a given that a player has pro arm talent, so the evaluation becomes more about the other nuances.

For the Pats, accuracy and decision making top the list, even on day three, but they’ll pass on smart throwers that don’t have the arm talent.

Below, we’ll review our favorite day three quarterbacks for the Patriots, Washington State’s Anthony Gordon and Iowa’s Nate Stanley, who both have the tools to make an NFL roster:

The stigma against air raid quarterbacks is starting to wear off with players like Patrick Mahomes, Baker Mayfield, and Gardner Minshew having varying degrees of NFL success.

As the successor to Minshew, Gordon only started one season but finished second in the FBS to Heisman Trophy winner Joe Burrow in passing yards (5,579) and touchdowns (48) in 2019.

Due to his inexperience and awkwardness in the pocket, Gordon is a developmental prospect, but he has more passing talent than Minshew, who had a great rookie season with the Jags.

Gordon shouldered most of the load in Mike Leach’s pass-happy system, and his ability to get the ball out on time is already at an NFL level, grading out as the best passer in the FBS on throws within ten yards of the line of scrimmage, according to Pro Football Focus.

Gordon also had an FBS-best 14 big-time throws between the numbers, an 81.1 percent completion rate releasing the ball in 2.5 seconds or less, and a 90.3 grade when kept clean.

Gordon’s ability to throw with anticipation and read through coverages make him particularly efficient on passes to the middle of the field.

On this play, Gordon gets excellent protection from his offensive line to scan the field. The coverage is rotating towards the strength of the formation and into a three-deep structure. Gordon knows he has a dig route coming across the field in the opposite direction of the backend rotation, which presents a clear passing window on the other side of the zone-dropping linebacker. Instead of waiting until his receiver comes free, Gordon throws the ball to a spot, starting his release well before the wideout clears the underneath linebacker. The anticipation on throw allows his receiver to run into the pass and gives the linebacker no time to defend the throw.

Gordon is at his best in the quick passing game due to his processing speed and snappy release, attacking soft spots in zones or throwing at out-leveraged defenders in man coverage.

His lightning-quick release also helps him generate extra velocity on his passes and allows him to throw with zip from different platforms.

Here, interior pressure forces Gordon to leave the pocket. As he extends the play, his receiver works himself open downfield. Gordon generates the necessary velocity to get the throw roughly 25 yards downfield without setting his feet because of the power in his release.

Gordon’s ability to throw from different arm angles makes it easy for him to get rid of the ball when the pocket collapses, even if he can’t rely on his lower-body for velocity.

Although he’s at home in the quick-game, Gordon also made some impressive deep throws.

Anthony Gordon sees slot defender lined up outside of his slot with safety lined up on the hash. Probably clued him that they would rotate to C1.

Makes a check for WR to run fade.

Quick-release and anticipation don't allow FS to make a play on the ball. pic.twitter.com/IxgR9pVK56

The Athletic’s Ted Nguyen broke down an excellent diagnosis by Gordon before the snap to set up a deep touchdown here. In the following audio breakdown, I expanded on Ted’s thoughts to explain what he’s saying a bit more in-depth than a tweet.

Finally, Gordon also does his best to protect his receivers by throwing to spots that turn them away from oncoming hit sticks.

Above, Gordon sees the safety rotating over and the underneath defenders converging on his intended target, so he throws the ball back shoulder to lead his wideout away from contact.

As we mentioned earlier, Gordon does some funky things in the pocket with his feet and tends to freeze or come to a complete standstill as he goes through his progressions.

Although freezing doesn’t bode well for his pocket awareness and movement, it looks worse than it is, but like many air raid quarterbacks, Gordon will need to clean up his mechanics.

If the Patriots select Gordon, there will be a steep learning curve as he adjusts to a completely different system in terms of terminology and scheme, so he’ll likely ride the bench for a while.

But Gordon has arm talent, processing speed, and anticipation that’s hard to find on day three.

The Patriots usually prioritize accuracy over arm strength, but if they’re looking for a quarterback with prototypical size and arm strength later in the draft, then Stanley might be their guy.

Unlike Gordon, Stanley comes from a pro-style system that makes for a smooth transition to the NFL, and Belichick’s buddy, Iowa coach Kirk Ferentz, should give him a good read on Stanley.

The Hawkeyes’ system mirrors the Erhardt-Perkins scheme we see with the Patriots, putting the quarterback both under center and in the shotgun with multiple personnel groupings. Stanley was also named a permanent team captain, a testament to his work ethic and leadership skills.

As a passer, Stanley posted an impressive 69.8 adjusted completion percentage last season, which adjusts for 27 drops by his receivers.

Although he misses more easy throws than you want, he also drops some absolute dimes.

Here, Iowa goes to an empty formation with the running back flexed out at the bottom of the screen against a linebacker in man coverage. Despite the safety rotating over the top from the near-hash, Stanley has the velocity and perfect ball placement to drop it in the bucket.

Stanley will also anticipate deep shots, throwing opposite the safety rotation with a good understanding of multiple coverage systems.

On this play, Stanely confirms a three-deep coverage when the safety on the Iowa logo breaks on the tight end’s route over the middle. With the lone deep safety on the far hash, the skinny post on the opposite side is out-leveraging the outside corner, and the safety is too far away to make a play. The best part of this throw is when Stanley releases the ball, his receiver still isn’t clear of the corner. He anticipates that he’ll be open, and throws the ball to a spot downfield, allowing his receiver to run under the throw for six.

On this play, Stanley gets his tight end one-on-one to the trips side, and his receiver does well to win outside and set up on the outside hip of the defensive back. Stanley sees the corner out-leveraged and puts the ball on the back shoulder for a first-down completion.

Stanley’s thick frame at 6-4, 235 pounds also makes him difficult to bring down, allowing him to extend plays and create outside the scheme. In both examples above, you’ll also see his arm strength to throw accurate deep shots on the move.

Lastly, Stanley is also comfortable under center as a play-action passer and is extraordinary on quarterback sneaks.

Here, Stanley makes a decisive read coming off of play-action after he turns back around to scan the defense. With the play fake holding the zone-dropping linebacker, Stanley works to his second read in the progression out of the double-slant combination. The first slant clears the underneath coverage, and then he comes back to the outside slant for a nice gain.

Where we see Stanley struggle is with his overall consistency as a pocket passer, mainly bouts with accuracy where he misses too many easy throws and loses control of the football.

Stanley has issues speeding up his process when he senses pressure, which leads to poor throwing mechanics and footwork when he releases the ball under duress, thus lousy accuracy.

But he makes good decisions with the ball avoiding turnovers and has plenty of arm talent to make every throw the Patriots will ask of him.