Despite no one player standing out on Saturday, there's still plenty to take away from practice. 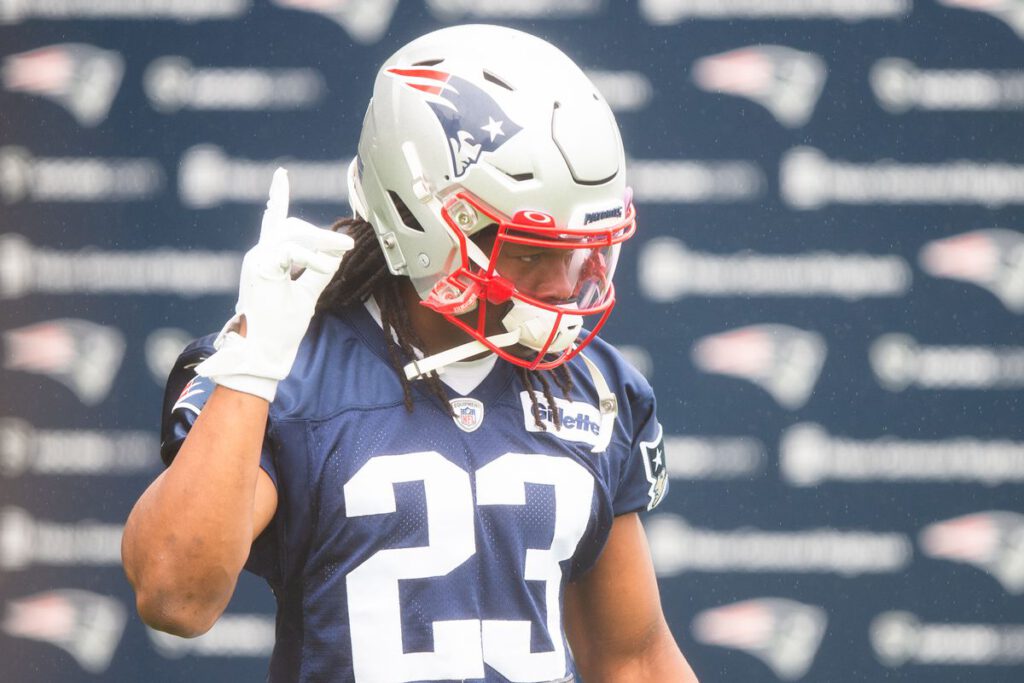 FOXBORO, Mass. – The first Saturday of Patriots training camp always brings the most energy, and that held true again today.

The fields outside of Gillette Stadium were packed early and often with fans who are waiting to hop on the hype training that is the 2022 New England Patriots.

There’s been plenty to get excited about these first few days. There’s a pulse at receiver, a quarterback who’s taken a leap, and a… competent (?) offensive system being installed. Here are links to my observations of the first three days so far:

And now – day four. Here’s an inside look at this morning’s practice:

To no surprise, cornerback Terrance Mitchell was again the first on the field. I was hoping for a switch up here, but the DB is committed to his craft.

Here’s a look at Mac’s warm welcome from the fans today:

WR Kendrick Bourne played ball (figuratively) with fans who shouted his name several times as he entered the practice field.

Today was certainly a walk through as the Patriots get ready for their fully-padded practice next week.

During 7-on-7 drills, WR Nelson Agholor made a nice snag over CB Jalen Mills. Mills, though he’s had a decent start to camp so far, keeps getting beat on circus grabs by New England wide receivers.

As for Agholor – why couldn’t he high point the ball against the Bills on Wild Card weekend? Hopefully that was a point of emphasis for him this offseason.

The defensive backs actually had a decent day today breaking up plenty of balls from both Jones and Zappe.

Generally, I feel like Mills, Butler, and Mitchell have all had OK starts to camp, but it just doesn’t feel like enough. Going from a 1-2 punch of Gilmore and JC Jackson to this is startling to say the least.

CB Joejuan Williams made a really nice play on a PBU during 7-on-7. He’s tall and he’s athletic. It’d be awesome to see him put it together.

S Kyle Dugger finished off practice with a pick-6 off Mac Jones so secure a “W” for the defense.

Matt Patricia continued to call plays for the 1’s while Joe Judge called plays for the 2’s. I’d be stunned if Matty P isn’t the guy. I’m going to have to take section out of the observations.

One thing of note (h/t Dakota Randall from NESN): during the 7-on-7 period, Matt Patricia was holding the walkie-talkie calling plays, while conferring with Bill Belichick every time – so Bill still clearly has his hands in it.

All of the defensive backs. I’ve given them a lot of crap over the first several days of camp. They came to play in today’s walkthrough.

Joshuah Bledsoe, Jack Jones, Bill Murray, Mack Wilson and Bailey Zappe spoke with the media today, but unfortunately I have no written quotes from today. I had to sneak out early to hit Fenway Park for a bachelor party (s/o my friend Matt who’s getting married in September – hopefully we can bring the Red Sox some much needed luck).

Be sure to check out our YouTube channel, Patriots Press Pass, for a look at today’s player press conferences.

With plenty of fans in the stands, you could tell Belichick wanted to keep it friendly and light as to now let the dad in the stands talk scheme’s with the Bills fan at the coffee shop. Here are some takeaways.

The Patriots have Sunday off and will be back at it on Monday morning at 9:30am with the pads on. Unfortunately I have a real job, and can’t attend camp in person next week. However, I’ll have you covered remotely – so stay tuned for continued updates on Twitter and for post-practice coverage at CLNSMedia.com and at our YouTube, Patriots Press Pass!