The Foxboro faithful are among the most confident in their team this season. 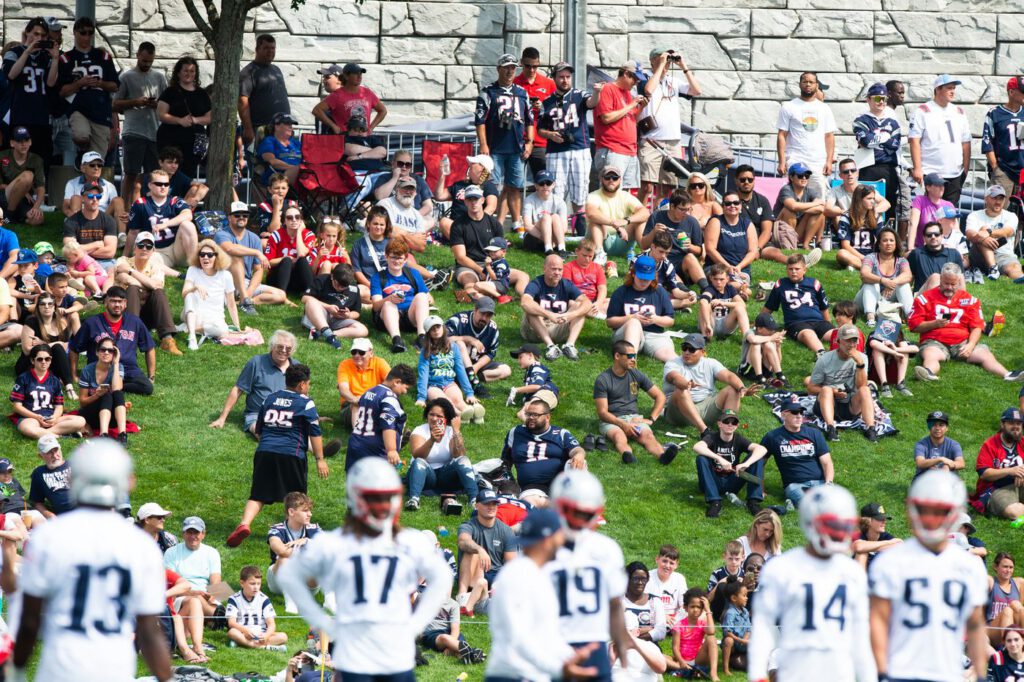 NFL training camps are upon us, which means it’s time for 32 fan bases to justify why, if, and how their team will win the Super Bowl this coming February.

Our excusive gambling partners at BetOnline.ag ran the data on Twitter to find the most optimistic fan bases heading into this season. Here are their results: 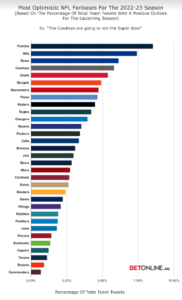 As you can see, New England Patriots fans topped their list – just ahead of the division rival Buffalo Bills.

There’s certainly plenty to be excited about if you’re a Patriots fan. As I touched on in my Training Camp Observations from Wednesday – Mac Jones is the real deal heading into 2022, and wide receiver DeVante Parker showed that he can be number one option that the team has craved since Rob Gronkowski retired.

Bills fans, obviously, have a right to be optimistic as well. Quarterback Josh Allen is a top-2 signal caller in the NFL. You need QB’s in this league – just ask the Cardinals, who paid Kyler Murray a quarter-of-a-billion dollars and made him promise to not play videos games. These guys are few and far between, and the Bills have their guy in Josh Allen. They also have Sean McDermott who is a high level head coach, and Leslie Frazier who has put together a dominant defense in Buffalo.

A team I’m surprised to see so low on this list in the Miami Dolphins. As I wrote in my AFC East Betting Preview earlier this month: Miami was the center of the NFL world this offseason between the Brian Flores saga, the Tom Brady/Sean Payton rumors, and the signing of Tyreek Hill:

Their biggest move, however, may have been the hiring of former 49ers offensive coordinator Mike McDaniel. Coming from the Kyle Shanahan tree, McDaniel was the brains behind a dominant San Francisco run game over the last several seasons. The Dolphins have plenty of speed in Hill, Jaylen Waddle, Raheem Mostert, and more that McDaniel can use to his advantage. Miami should have a solid season.

Dolphins fans should be expecting a playoff berth in 2022.

The Browns and the Commanders at the bottom of the barrel? I’m sure those two speak for themselves…