Check out the odds for every team to win next season's Super Bowl in Arizona. 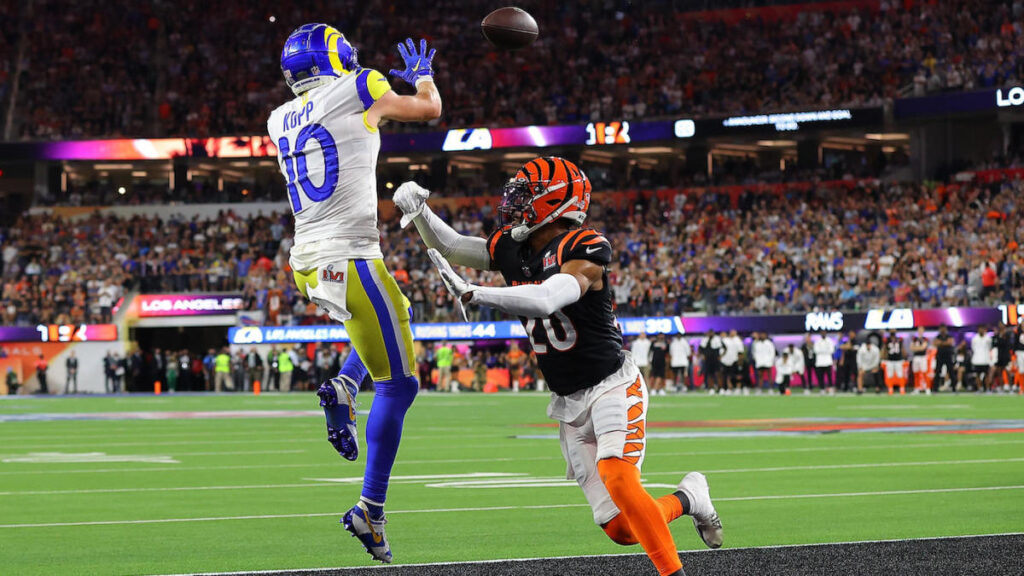 The Los Angeles Rams are Super Bowl Champions. They took down the Cincinnati Bengals 23-20 on Sunday night, bringing the franchise their first championship since 2000.

Wide receiver Cooper Kupp won the game’s MVP award. He hauled in 8 catches for 92 yards and two touchdowns – one of which was the game winner with just 1:25 to go in the game.

Now that the 2021-2022 season has come to a close – it’s time to start looking forward to 2022-2023. Our partners at BetOnline.ag already have odds posted for who will win next season’s Super Bowl:

For the second year in a row, the Chiefs are the odds on favorite to win the whole thing. They have the best quarterback in the NFL, a top five head coach, and a promising roster that has the ability to win right now.

The New England Patriots are tied with the Colts, Buccaneers, and Titans for the eleventh highest odds at +2500.

There has been an abundance of turnover throughout the last several weeks on New England’s coaching staff – something that may not bode well for a rookie quarterback heading into his second season. Josh McDaniels took the Las Vegas Raiders head coaching job, – and has plans to takes assistant coaches Bo Hardegree, Mick Lombardi, and Carmen Bricillo with him from New England.

When asked about McDaniels leaving for Vegas, Mac Jones said “It’s not my first rodeo with dealing with a new coordinator. At Alabama. I think back to all the different guys I’ve worked with and I have a lot of experience with learning a new — we’re gonna keep the same system but, you know, new terminology here and there. I know coach [Bill] Belichick will have a plan, and I’m looking forward to working just getting better as a player regardless of who’s out there with us.”

Let’s hope Bill has a plan, or else this Patriots team can go from exciting and promising to old and steadfast very quick.

Next season’s big game will be played on Sunday, February 12 at State Farm Stadium in Glendale, Arizona. Can I pick out the winner for a second consecutive season. We’ll have to wait and see. I have no official pick yet – but I like the Packers at +1600 and the Broncos at +1800. Wherever Aaron Rodgers ends up might have to be the way to go.