The Cincinnati Bengals and the Los Angeles Rams will face off in Super Bowl LVI on Sunday. 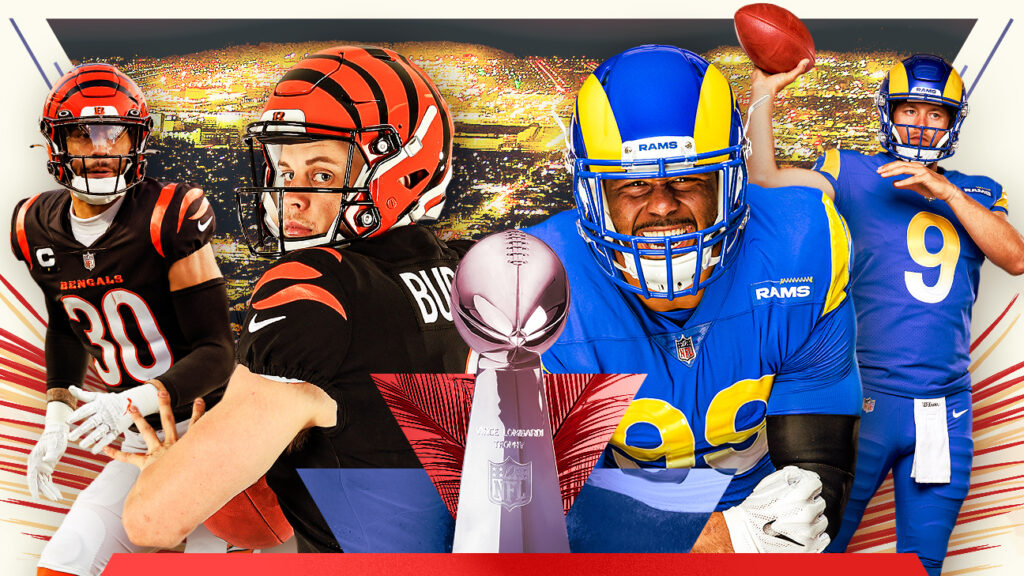 We made it. The Super Bowl. Certainly it’s bittersweet as the 2021-2022 NFL season is coming to an end, but we get to celebrate that with an awesome matchup between the Rams and the Bengals on Sunday night.

Kadlick: Who Will Be the Super Bowl LVI MVP?

Sunday’s game will be broadcast on NBC with Al Michaels and Cris Collinsworth on the call. Here are the betting odds courtesy of BetOnline.ag:

The Rams finished the regular season 12-5 and were the second seed in the NFC playoff picture. After trading for Matthew Stafford from the Lions last January, this team went into complete ”win now” mode. They’ve always been that way under Les Snead and Sean McVay, but this season has really shown it. They brought in Von Miller and Odell Beckham Jr. during the regular season as well – with no regard for future draft picks.

The Rams have been my team since they shipped out Goff for Stafford. I bet them at +1400 to win the Super Bowl in June – and am confident in the ticket cashing on Sunday.

For full disclosure, I did hedge out of my Rams future a little bit to guarantee a profit, but I am still heavy on LA for Sunday.

The Bengals are the surprise team of 2021-22, and quarterback Joe Burrow has been their savior. He threw for 4,611 yards and 34 touchdowns this season and led Cincy to a 10-7 regular season – and now three straight wins to land them in the Super Bowl.

Zac Taylor, a disciple of Sean McVay’s scheme, took the reins in Cincinnati in 2018 – and has a 16-32-1 record since becoming head coach.

They may not be ready for the big time just yet, but this Bengals team will be a problem in the AFC for years to come.

Rams running back Darrell Henderson is expected to play this weekend after being out since December 26th. They will ride the hot hand for their running game between Sony Michel, Cam Akers, and Henderson on Sunday.

Tight end Tyler Higbee sprained his MCL in last weekend’s game against the 49ers and is questionable for Sunday’s game. He did not practice on Thursday.

Bengals tight end CJ Uzomah also suffered a knee injury in last weekend’s AFC Championship game – and has not practiced yet this week. Uzomah says he will play, but Zac Taylor has yet to give it his word. He was limited in Thursday’s practice.

C.J. Uzomah says he thought about throwing that prop brace. Challenge was hearing the MVP chants for Joe Burrow "How am I going to pull this off?" #RuleTheJungle #SuperBowl

You think I’m going to pick against the Rams NOW?! No way. Matt Stafford was made for Los Angeles, and they’re a team of destiny.

The Bengals are going to have a very hard time with LA’s front seven. I think Burrow will play well when he has the time to – but the Bengals ultimately won’t get it done.