As the regular season inches closer, New England's odds to hoist the Lombardi move farther away. 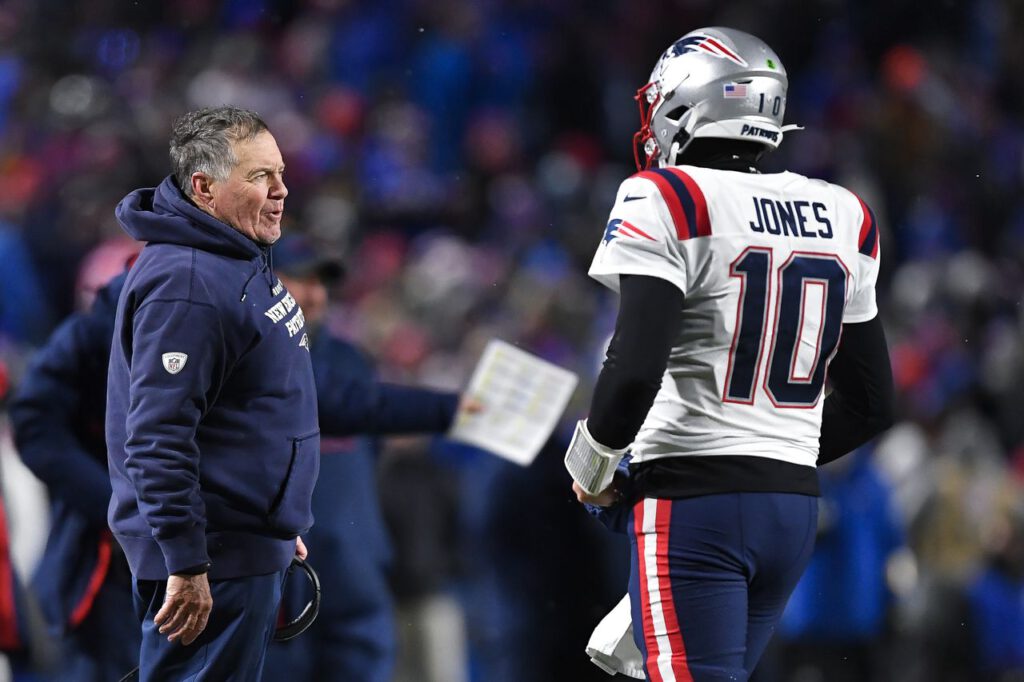 It’s no secret that it will take a lot of things to go right for the Patriots to contend for a Super Bowl in 2022-2023. However, what’s shocking is just how much their odds have fallen.

The last time I wrote about the Patriots chances of hoisting the Lombardi this season was back on February 14th, the day after the Rams won Super Bowl LVI. They held the 11th highest odds at +2500 according to our sponsors at BetOnline.ag. Here’s what I wrote in February:

There has been an abundance of turnover throughout the last several weeks on New England’s coaching staff – something that may not bode well for a rookie quarterback heading into his second season. Josh McDaniels took the Las Vegas Raiders head coaching job, – and has plans to takes assistant coaches Bo Hardegree, Mick Lombardi, and Carmen Bricillo with him from New England.

When asked about McDaniels leaving for Vegas, Mac Jones said “It’s not my first rodeo with dealing with a new coordinator. At Alabama. I think back to all the different guys I’ve worked with and I have a lot of experience with learning a new — we’re gonna keep the same system but, you know, new terminology here and there. I know coach [Bill] Belichick will have a plan, and I’m looking forward to working just getting better as a player regardless of who’s out there with us.”

Let’s hope Bill has a plan, or else this Patriots team can go from exciting and promising to old and steadfast very quick.

Since then, the Patriots have lost their best player in JC Jackson, failed to bring in a seasoned offensive coordinator, and are scrapping for wide receiver talent around Mac Jones as they are all either injured, injury prone, or on the trade block.

Their odds have dropped significantly because of this. They now hold the 21st highest odds, sitting at +5000.

My pick for the Super Bowl LVII winner is the Los Angeles Chargers. They have a top-5 quarterback talent, great offensive weapons, and spent this offseason bolstering their defense. I also think, contrary to popular belief, that Brandon Staley is a good head coach. He’ll show that this year. Take the Chargers +1100.