With the constant shuffle happening on New England's coaching staff, could Bill Belichick be preparing the team to be without him in 2023? 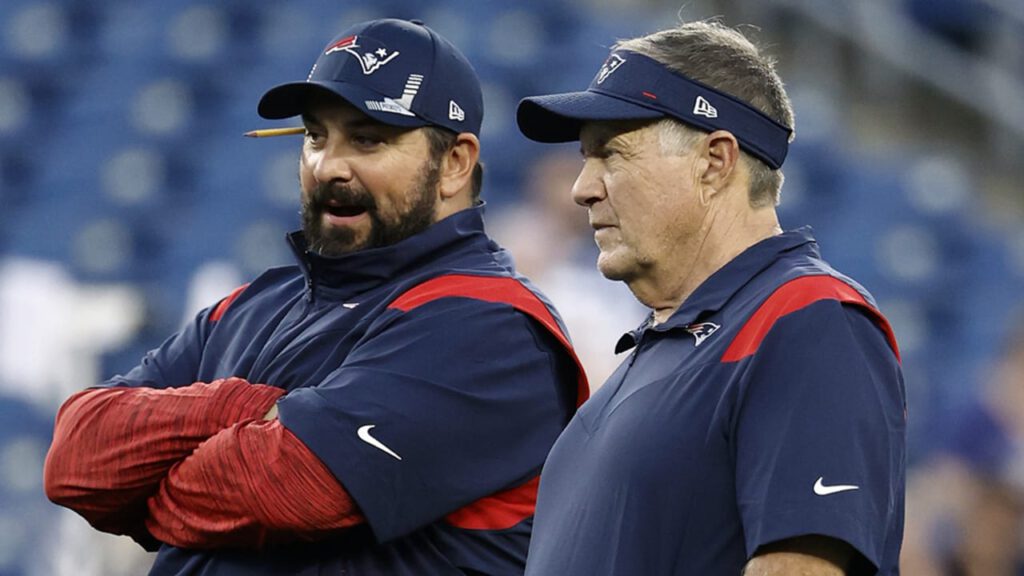 Throughout my lifetime as as Boston sports fan, there’s only been one constant:

Bill Belichick is the head coach of the New England Patriots.

This statement, however, may not end up being true for much longer. The three-time Coach of the Year just turned 70-years-old in April, and it seems as though he’s taken a significant step back from his once-staunch ways of running the team.

In fact, a prominent sportscaster by the name of Colin Cowherd spoke of this step back just last week: “[I think] Bill Belichick retires at the end of the season. He hasn’t named coordinators, he’s got kids on the staff… I don’t think they’re close to Buffalo. [I think] he walks off into the sunset… as the greatest coach of all time after another 9-8 year.”

There’s been quite the changing of the guard going on within the Patriots coaching staff over the last nine months. Josh McDaniels left for Las Vegas, Matt Patricia and Joe Judge came back to “daddy”, and New England doesn’t have an offensive coordinator for the first time since 2010.

When McDaniels moved onto greener pastures and the team decided against bringing in a prominent OC like Bill O’Brien, I chalked this up to Bill just being Bill.

However, Sports Illustrated’s Albert Breer pointed out last week that ever since the days of Charlie Weis, the Patriots offensive play caller has always been the quarterbacks coach. In fact – this was so set in stone that when former Pats assistant Brian Daboll asked if he could be more involved with QB’s –  they said no, which is one of the reasons why he left New England.

This got me thinking. Why now would they allow Matt Patricia, the offensive line coach, to call the plays instead of Joe Judge, the quarterbacks coach?

To put it bluntly, I think there’s much more to this.

In my opinion, they’re grooming Matt Patricia to be Bill Belichick’s replacement at head coach, and Joe Judge to be the next offensive coordinator – and I think it’ll happen sooner rather than later.

Matt Patricia already knows how to call an NFL defense. He grew up on it during his first stint here – learning all of the intricacies, schemes, and in’s and out’s that could be thrown at him – right next to the greatest coach of all time.

And last season – when Matt Patricia was Belichick’s right hand man in the front office – for a full season he learned every thing that you need to know about being a general manager. He was in the room for roster cuts, trade negotiations, and salary cap decisions.

Now this year – he learns the offense, and will have the ability to call the plays if and when he has to. I predict that the role eventually is handed to Judge – once they feel Patricia has the appropriate grasp.

They’re trying to build a three-headed monster in the Rocket Man.

It wouldn’t shock me if this transition happened as soon as next season. Like Cowherd said, Belichick is 70 – and he’s the greatest head coach of all time. I’d be shocked he wants to do this much longer. Bill believes in Patricia and Judge, and this feels like him leaving the franchise in what he believes to be good hands.