The Raiders hope McDaniels can guide them through the loaded AFC West. 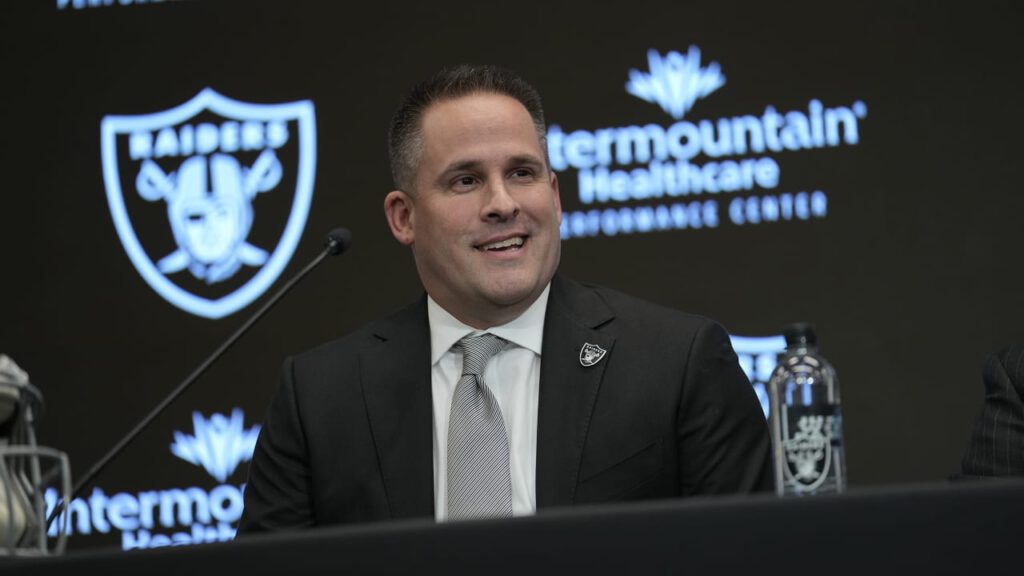 There has been plenty of turnover in the NFL this season. Quarterbacks, wide receivers, and top defenders have shuffled across the league like crazy as teams attempt to make Super Bowl runs. However – despite all of this player movement, no move may be as important as Josh McDaniels departure from New England.

The #Patriots won 10 games last season – can they match that in 2022?@mikekadlick take a look at @betonline_ag’s win total for the Pats and where they might finish in the AFC East ⬇️@CLNSMedia @CLNSBetting https://t.co/dSPyPw72Xj

The former Patriots offensive coordinator was hired by Las Vegas to be the next Raiders head coach on January 31, 2022 . Dave Ziegler was hired alongside as their new general manager.

Ziegler and McDaniels got straight to work in Sin City, with their biggest move being trading for All-Pro Packers wide receiver Davante Adams – pairing him with college teammate and quarterback Derek Carr. Vegas also signed Chandler Jones, Rock Ya-Sin, Darius Phillips, and more to help them compete in the loaded AFC West division.

According to our partners at BetOnline.ag, Coach McDaniels is the favorite to win the NFL’s Coach of the Year this season. Here are their top ten:

NFL Coach of the Year Odds

You can do a lot with this list, but here are my three takeaways:

Though McDaniels is the favorite right now, it’s not by much. While he sits at the top with 12/1 (+1200) odds, Kevin Stefanski, Kyle Shanahan, Nick Sirianni, Doug Pederson, and Brian Daboll are all just outside of that at 18/1 (+1800) to round out the top ten. All of the coach and player movement this offseason will make this race super tight.

2. The top three coaches are from the AFC West

McDaniels (+1200), Brandon Staley (+1600), and Nathaniel Hackett (+1400) are the top three coaches on BetOnline’s board, and they all coach in the AFC West. Staley is going into his second season as head coach of the LA Chargers, and Hackett was hired by the Broncos at the end of January.

Los Angeles has made massive improvements this offseason, and Denver made arguably the biggest one when they traded for quarterback Russell Wilson. This division is absolutely loaded and I cannot wait to see how it plays out.

3. Bill Belichick is nowhere to be found

Coach Belichick, arguably the best coach of all time, is not listed in in the top ten of coaches to win Coach of the Year according to BetOnline. Granted, the Patriots haven’t done much to improve this offseason at all – but Belichick’s expertise is what could make that not matter.

Last season I though Bill Belichick was making a serious push to win Coach of the Year. Here’s what I wrote about his chances in early November:

For years, Belichick has been widely considered the best coach in the NFL and arguably the greatest coach of all time. Despite reaching this status, he hasn’t won the AP Coach of the Year award since 2010. That’s eleven years since being recognized as having the best coaching performance in a given season.

Throughout their 20-year dynasty, the Patriots were always penciled into playing meaningful games in January. Especially with Tom Brady at the helm, it was an after thought that they could ever miss the playoffs – or even the AFC Championship game. We expected this from Belichick and never thought twice about it.

Now? Well after a dud of a season last year – with abysmal quarterback play – I think it’s time we realize what Bill Belichick truly does for a football team.

The Patriots started the year 1-3 and frankly looked to be down for the count just a month into the season. Mistakes across the board from both players and coaches cost New England wins against Miami, New Orleans, and Tampa Bay.

After a nail biter in week five against Houston, Belichick clearly had seen enough.

As Evan Lazar pointed out, Belichick helped the Patriots make some serious defensive adjustments that helped saved their season (READ HERE). Though they lost a tight one to Dallas the following week, New England went on a 7-game win streak and earned a playoff birth before ultimately fizzling out in January. They’ll need this same type of A+ coaching from him if they want to build off of where they finished a season ago.

I’m both excited and terrified to see how New England’s offseason moves forward from here. The NFL Draft is going to be an incredibly important piece, and we will have you covered here on CLNS Media leading up to and during draft weekend. Make sure to keep it here with both myself and Evan Lazar for your up-to-date Patriots draft news!