Bill Belichick is Making His Way Into the Coach of the Year Conversation | BetOnline.ag

What does the three-time winner have to do to take the award home again? 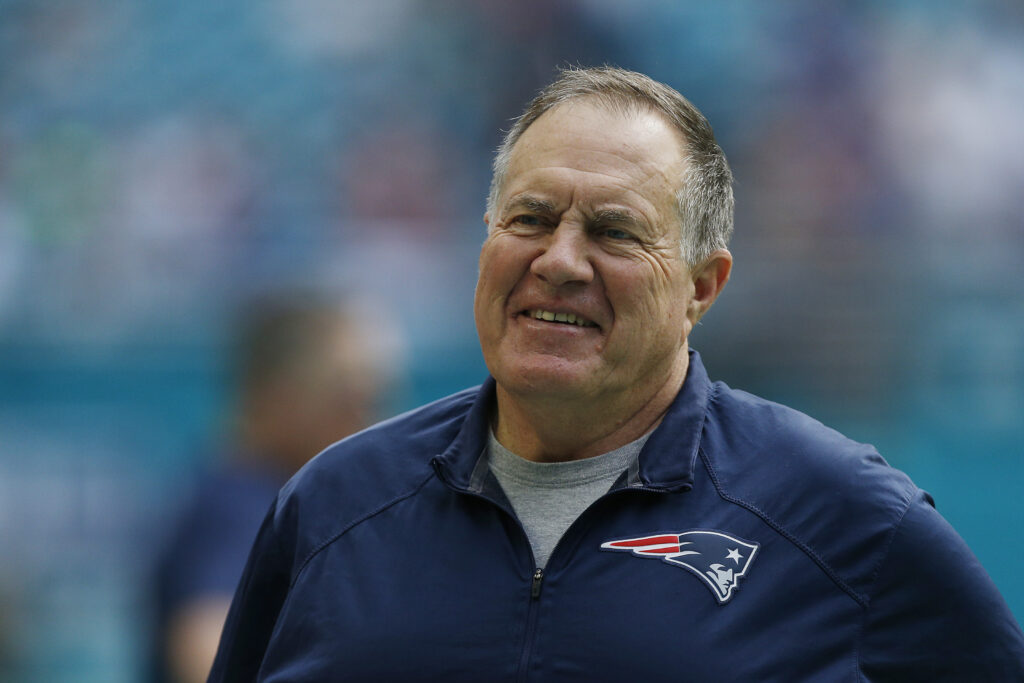 MIAMI, FL - DECEMBER 09: Head coach Bill Belichick of the New England Patriots looks on prior to the game against the Miami Dolphins at Hard Rock Stadium on December 9, 2018 in Miami, Florida. (Photo by Michael Reaves/Getty Images)
Share
Facebook Twitter Email

The Patriots looked to be back to their old ways this weekend as they dismantled the Panthers 24-9. Despite rookie Mac Jones having a relatively pedestrian game, Matt Judon and the Patriots pass rush were able to force Carolina quarterback Sam Darnold into throwing three interceptions, including a pick six by J.C. Jackson.

After a lackluster first month, New England is starting to build an identity – and it’s coming from the top down. Bill Belichick looks to be in control of the game plan and more importantly – in control of the team. If the Patriots continue to string quality wins together, could he win the NFL’s coach of the year award?

Here are the top five coaches who currently have the highest odds to win the award, according to BetOnline.ag:

For years, Belichick has been widely considered the best coach in the NFL and arguably the greatest coach of all time. Despite reaching this status, he hasn’t won the AP Coach of the Year award since 2010. That’s eleven years since being recognized as having the best coaching performance in a given season.

Throughout their 20-year dynasty, the Patriots were always penciled into playing meaningful games in January. Especially with Tom Brady at the helm, it was an after thought that they could ever miss the playoffs – or even the AFC Championship game. We expected this from Belichick and never thought twice about it.

Now? Well after a dud of a season last year – with abysmal quarterback play – I think it’s time we realize what Bill Belichick truly does for a football team.

The Patriots started the year 1-3 and frankly looked to be down for the count just a month into the season. Mistakes across the board from both players and coaches cost New England wins against Miami, New Orleans, and Tampa Bay.

After a nail biter in week five against Houston, Belichick clearly had seen enough.

“After shutting down the Chargers and Panthers offenses over the last two weeks, Belichick is discovering a formula that their current group can execute at a high level.

Since then, Belichick has shifted his defensive philosophy to more zone coverage. Over the last four games, the Pats are playing zone coverage on 66% of their snaps, a noticeable change from only 40.4% zone in their first five games in 2021.

New England’s defense went from middle-of-the-pack to fifth in expected points added per play (-0.04) and fourth in points allowed (18.9) through the first nine weeks of the season.”

The defense has been great over the last several weeks, and it’s because Bill’s hand are all over it.

One of the coaches that are above Belichick on BetOnline’s list – Vrabel, Kingsbury, or Staley – will most likely win the award. Naturally, we gravitate towards the young studs that take the reins and galvanize a franchise within their first few seasons on the job (see Kevin Stefanski, Matt Nagy, Sean McVay). It’s difficult for the old guy with the rolled up sweatpants and cut off sleeves to win the award, but if there’s one to do it, it should be Belichick – and it should be this season.