Can the Boston slugger gain ground during the second half of the season? 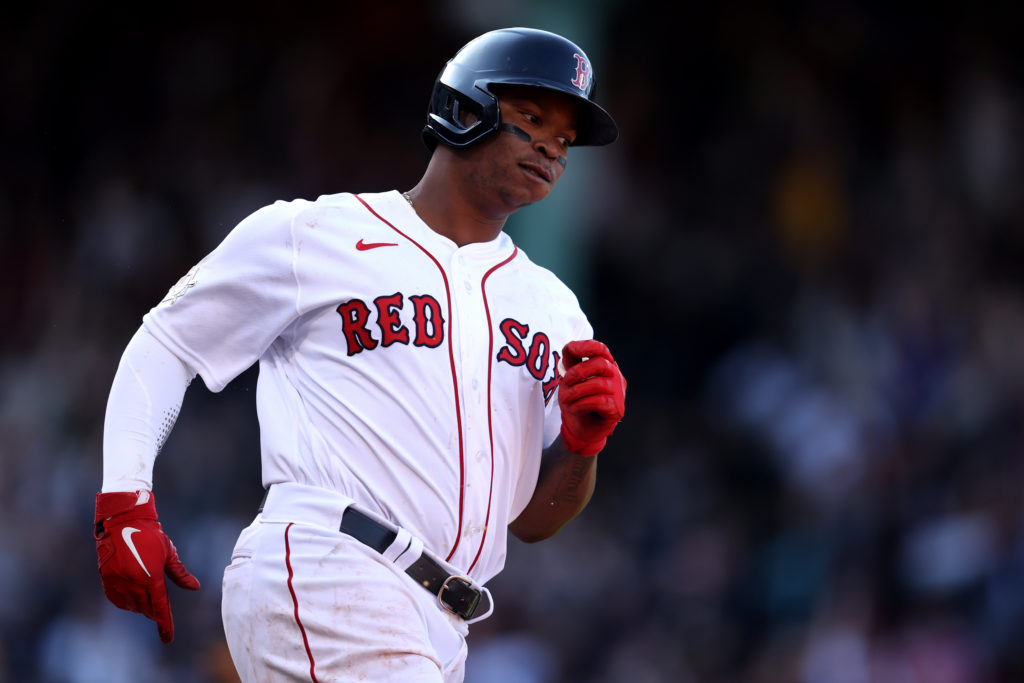 BOSTON, MASSACHUSETTS - APRIL 15: Rafael Devers #11 of the Boston Red Sox rounds the bases during the eighth inning against the Minnesota Twins on Opening Day at Fenway Park on April 15, 2022 in Boston, Massachusetts. All players are wearing the number 42 in honor of Jackie Robinson Day. (Photo by Maddie Meyer/Getty Images)
Share
Facebook Twitter Email

The Red Sox are struggling. They’ve lost eight of their last ten games, including their first three since coming back from the All Star Break, and hit rock bottom on Friday night when they got spanked by the Blue Jays 28-5 (!!).

Things don’t seem to be going up for Boston either. They lost Chris Sale to a broken hand last week, Nate Eovaldi looked like a shell of himself in his first start back, and if things don’t turn soon – the Red Sox could end up being sellers at the trade deadline.

Despite the slow start to the second half of the season, third baseman Rafael Devers is still entrenched in the MVP conversation according to our gambling partners at BetOnline.ag, here are their odds:

The Pick: Ultimately, I think Judge (-105) is going to runaway with this thing. The Yankees are too good, and the 6’7″ monster continues to mash dingers.

Below are BetOnline’s odds for NL MVP and both leagues Cy Young – with a pick for each:

The Pick: Manny Machado (+800) was my pick to win the NL MVP at the beginning of the season – and I’m going to keep riding the train now. The Padres are currently the third best team in the NL – but a dominant second half from Machado (which I expect) can catapult them past the Braves into the two slot just behind the Dodgers.

The Pick: Dylan Cease (+1000) is the one thing holding the Chicago White Sox together. Cease is 10-4 and leads the major leagues in strikeouts. Pitching is paramount down the stretch – and he’ll be the reason Chicago makes the playoffs over a team like Boston.

The Pick: Marlins ace Sandy Alcantrara (-140) reminds me a lot of Felix Hernandez. Though holding a record of just 9-4 – Alcantrara leads the NL in ERA, ERA+, WHIP, and complete games. He’s the clear Cy Young pick in the NL.