The Rise and Fall of Matthew Judon – What Can We Expect in the Playoffs?

The Patriots need more out of their Pro Bowl linebacker if they want to make a run in the postseason. 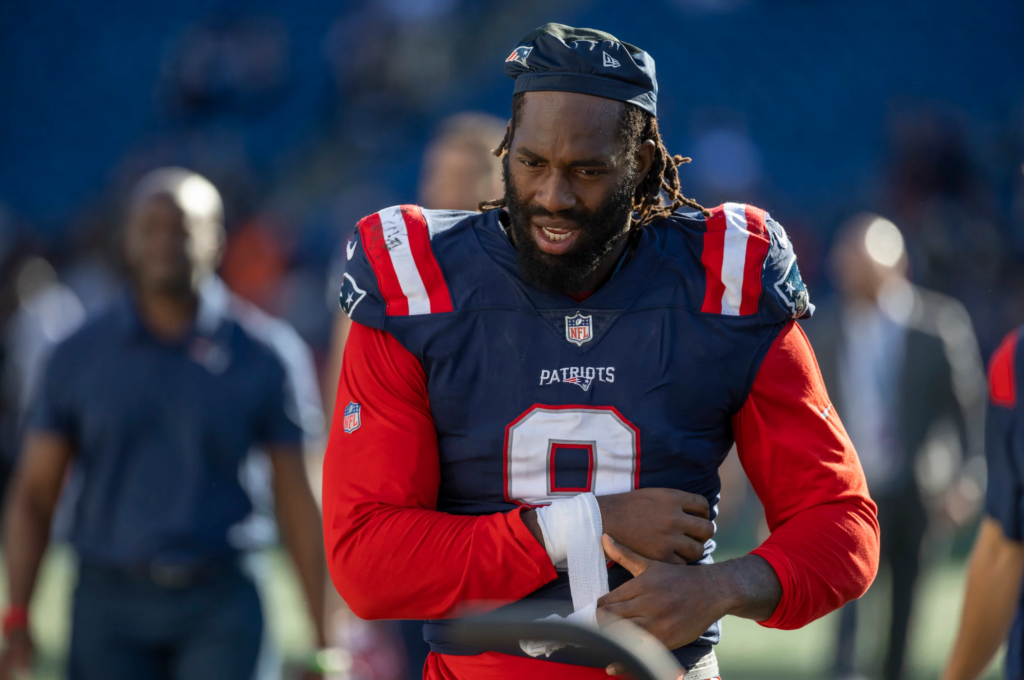 Matthew Judon was signed by the Patriots this offseason to a four-year $56 million contract. He started off the season as a dominant playmaker, and at one point had (+2500) odds to win the NFL’s Defensive Player of the Year award according to BetOnline.ag. This was good for seventh in the league.

Lately, though – Judon has fallen off the face of the earth in this Patriots scheme, and it has drastically hurt their production. Since New England’s week 13 win in Buffalo, here’s a look at how the two teams have fared:

Keep in mind, the Patriots 30.3 PPG is inflated due to the 50-10 spanking they put on the Jaguars.

Brendan Glasheen was a guest host on the Greg Bedard Patriots Podcast this past week, and the two spoke about Judon’s drop off in play over the last several weeks:

Bedard notes that, “after week one, the next twelve games I think it was he put up 12.5 sacks. In the last four games… zero sacks. Matthew Judon, to me, looks like a player that’s out to get his and only his. He’s not concerned about the scheme… he’s reverting back to what he did back in Baltimore, and this scheme cannot afford that. It’s predicated on all 11 guys doing their job the right way.”

Greg pointed to the Patriots awful defense in 2011, and how they still ended up being successful because they all came together and did what they were supposed to. He explains that Judon has been a loose cannon and not playing within the scheme as of late.

“He’s running by the quarterback, he’s not where he’s supposed to be, he’s not dropping into coverage when he should, he’s not touching tight ends or receivers coming out, it looks like he’s leaving guys out to dry on this team.”

Is this Belichick’s fault? Maybe. He gave Judon an abundance of leeway early on in the year, allowing him to do as he wished within the defense. This decision now seems to be backfiring on them, and they’ll need him to buy back in. But can they get that this season? That’s the question heading into Buffalo.

The Patriots could really use pre-bye week Judon on Saturday night if they want a chance to make it to the Divisional Round of the playoffs.

Keep it here at CLNSMedia.com for all of our Patriots/Bills coverage leading up to the game, as well our NFL coverage for the rest of the postseason!