The scorching hot Patriots head to Atlanta looking to keep their momentum going on a short week. 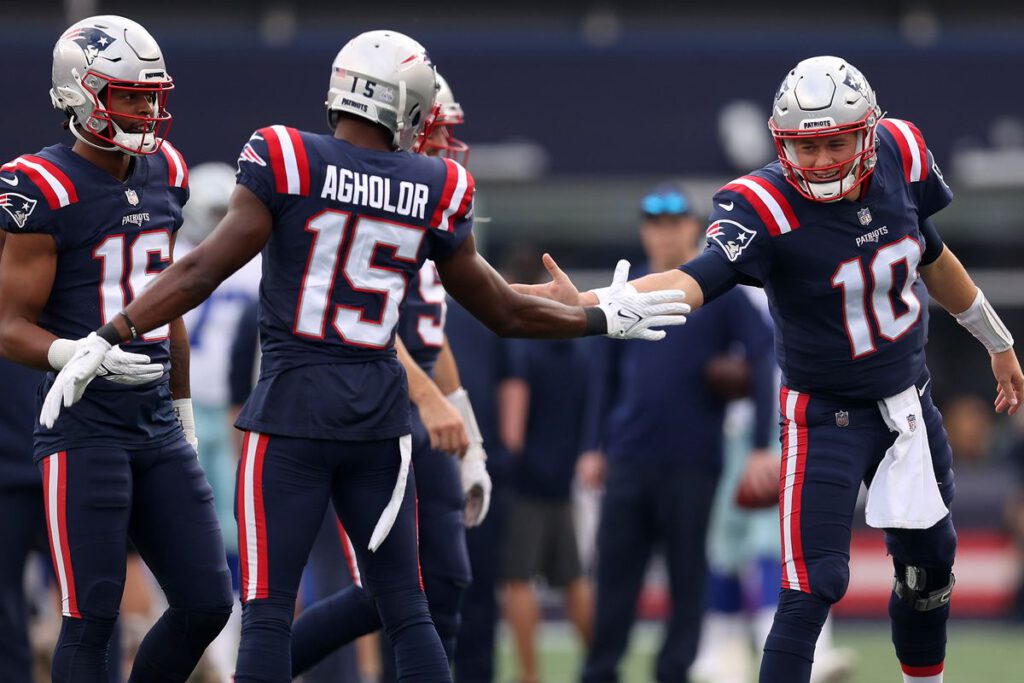 The hottest team in football has the honor of opening up the week 11 slate on Thursday as the Patriots travel to Atlanta to take on the 4-5 Falcons.

The game will kick off from Mercedes-Benz Stadium at 8:20pm, with Joe Buck and Troy Aikman on the call for FOX.

Here are the betting lines for Thursday night’s game, thanks to our exclusive wagering partner BetOnline.ag:

After winning their fourth straight game, the Patriots now have 20/1 (+2000) odds to win the Super Bowl according to @betonline_ag.

But can they really do it? @mikekadlick tells you why it might not be as crazy as it sounds 💰

After letting up an opening drive touchdown to Baker Mayfield and the Browns, New England finished Sunday off with 45 unanswered points en route to their fourth straight win.

Rookie phenom (which I’ve been waiting two months to call him) Mac Jones completed 19 of his 23 attempts for 198 yards and three touchdowns – two of which went to tight end Hunter Henry. Here’s a clip of their second connection, which made it 38-7:

Mac to Hunter Henry for their second TD connection of the day. @CLNSMedia @PatriotsCLNS pic.twitter.com/qkPSvpATF3

Rookie running back Rhamondre Stevenson shined as well in his first NFL start in place of the injured Damien Harris. Stevenson carried the ball 20 times for 100 yards and two touchdowns. New England played their most complete game of the season – and although it may be a little early to peak, I think they showed that they’re here to stick around.

Meanwhile, the Falcons got dismantled by a lopsided score of 43-3 against the Cowboys on Sunday. Franchise cornerstone Matt Ryan had arguably his worst game as a Falcon, and frankly this team has been a disaster ever since they let up a 28-3 lead to the Patriots in Super Bowl LI.

The only hope Atlanta has right now is in rookie tight end Kyle Pitts and fourth year wide receiver Calvin Ridley. Pitts looks to be budding into a start tight end, and Ridley has had an outstanding start to his career. The next Falcons QB is going to have a solid 1-2 punch to throw to once they inevitably kick the can on Ryan.

The Patriots should get three important players back this week as RB Damien Harris, WR/PR Gunner Olszewski, and LB Josh Uche all returned to practice on Tuesday.

Atlanta looks like they’ll be missing ATH Cordarelle Patterson on Thursday as he’s dealing with an ankle injury. The Falcons offense has ran through Patterson this entire season. He has 39 receptions for 473 yards and five touchdowns as a pass catcher, and 77 rushing attempts for 303 yards and two touchdowns as a running back.

I learned my lesson last week, and I will (probably) never predict a Patriots loss again. However, they can still win without covering the spread – and I think that’s what happens on Thursday night. With both teams coming off of a short week, I don’t think this is going to be the walk in the park for New England that everyone thinks it is. It’ll be close, but the Pats ultimately go down to Atlanta and win it in the end.