The US Men's National Team has their work cut out for them if they want to make noise in the 2022 FIFA World Cup. 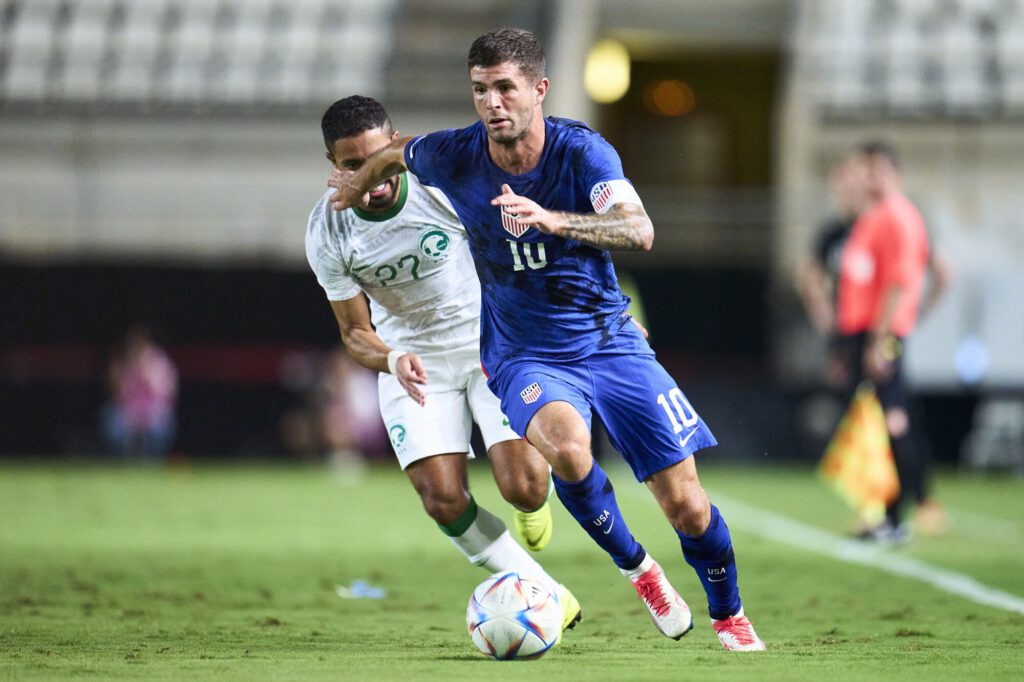 As United States Men’s soccer fans know all too, this national team is not equipped to compete on the world’s stage.

They currently hold +110000 odds to win the 2022 World Cup in Qatar according to our partners at BetOnline.ag – tied with Serbia and Switzerland for 14th best overall.

Here’s what I wrote about Team USA in my World Cup Preview – along with my pick for the tournament:

Nowhere to be found above is team USA! The US Men’s National team has just 110/1 odds to win the World Cup. I’m honestly surprised they even qualified.

My pick: England +850. 8.5/1 feels like solid value for this team. Harry Kane will bring some young blood back into the team following the end of Wayne Rooney’s tenure as captain and help them to their first title since 1966.

They’re long shots to win their group as well behind my champion, England. Here are the odds to win Group B:

Odds to Win Group B

Despite my hate towards the Men’s National team, they do have a shining star on the team in Christian Pulisic. He’s sure to make some noise in Qatar and has the highest odds to be the team’s top goal scorer in the tournament according to BetOnline. Here are the top five:

Pulisic plays for Chelsea in the English Premier League and has been nicknamed “Captain America” for his skill level as an American. Despite the nickname, however, the US has yet to name a team captain for the World Cup in Qatar.

If I had a choice, goaltender Matt Turner would be team captain. Though this is probably bias, the former New England Revolution goalie is now with Arsenal of the English Premier League and is a stud between the pipes. Team’s tend to rally around goalies (see USWNT with Hope Solo), and Turner is perfect for the role.